(CNN) — The Trump administration is pushing back on a wide-ranging piece of legislation meant to deter and punish Russian aggression and its interference in the 2016 election.

In a 22-page letter to Congress dated Tuesday, a senior State Department official outlined a series of concerns about the bill, calling it “unnecessary” and in need of “significant changes.”

“The Administration shares the goal of deterring and countering Russian subversion and aggression,” Bureau of Legislative Affairs Assistant Secretary Mary Elizabeth Taylor wrote in the letter, which was obtained by CNN. However, she said the administration “strongly opposes” the bill in its current form.

The Daily Beast was the first to report on the contents of the letter, sent exactly a week after Russian Foreign Minister Sergei Lavrov met with President Donald Trump in the Oval Office.
Russia sanctions have been an ongoing source of contention between the Trump White House and Congress, where there has been strong bipartisan support for measures to punish Moscow since its 2014 annexation of Crimea. The US intelligence community’s conclusion that Russia meddled in the 2016 election to bolster Trump, and former and current administration officials’ warnings that it will meddle again in 2020, have lent urgency to congressional efforts. 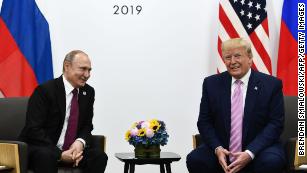 The President, however, has consistently urged better relations with Russia and displayed an affinity for Russian President Vladimir Putin.

The State Department did not immediately reply to a request for comment about the letter, which said the administration opposes the bill because it “risks crippling the global energy, commodities, financial and other markets.”

A bipartisan group of senators, including Trump ally Sen. Lindsey Graham, introduced the “DASKA” bill in February. The Senate Foreign Relations Committee on Wednesday advanced the bill to the full Senate for a vote that’s not expected until next year.

On Wednesday, Graham said he was “incredibly pleased with the overwhelming bipartisan support for my legislation.”

“This strong vote indicates an overwhelming desire by the Senate as a whole to push back against Russian interference in our election and Putin’s misadventures throughout the world,” Graham said, before going on to signal a willingness to make adjustments to the bill. “I am committed to working with my colleagues to improve this legislation, but it must be strong to be meaningful,” he said.

‘It must be strong’

The legislation would force the administration to assess whether Russia is a state sponsor of terror and would hammer Russia with a host of additional sanctions. It would require a two-thirds Senate vote if Trump decides to leave NATO and includes measures to crack down on Russian disinformation and cybercrimes. Additionally, it would also require a series of reports on illicit Russian activities worldwide.

In its letter, the Trump administration argued that the bill is too inflexible and “would divert resources from the ongoing aggressive targeting of Russian malign actors under existing authorities…as well as from efforts with respect to Iran, North Korea, ISIS, Venezuela, Hezbollah, counterterrorism, human rights and corruption and other (US government) priorities.” 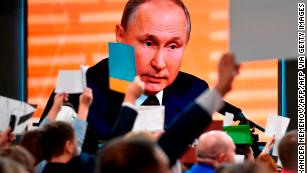 The administration also claimed that it “has aggressively imposed sanctions that are targeted, tailored, and impactful to address Russian malign activities while mitigating negative effects on allies and close partners utilizing these authorities.”

Samuel Charap, a senior political scientist at the RAND Corporation, said that no administration likes legislative sanctions out of Congress, adding that “there’s good reason for that.”

“If sanctions are about changing another state’s behavior, then the promise of sanctions relief has to be credible,” Charap said. “If it requires the approval of Congress, that limits the ability of the executive branch of government to make credible promises that it will relieve sanctions” to reward a change of behavior.

The tension between lawmakers and the White House over sanctioning Russia reflects a broader dynamic, Charap said.

“The Congress doesn’t trust the President on Russia policy… I think that’s what’s going on here,” he said.

The Trump administration has long faced criticism for its soft-handed approach to Russia. It was more than six months late in imposing legally mandated sanctions on the Kremlin for the poisoning of former Russian spy Sergei Skripal and his daughter, Yulia, in the United Kingdom.

In his public rhetoric, Trump has largely failed to condemn Russia for its interference in the 2016 US election or for its illegal annexation of Crimea.