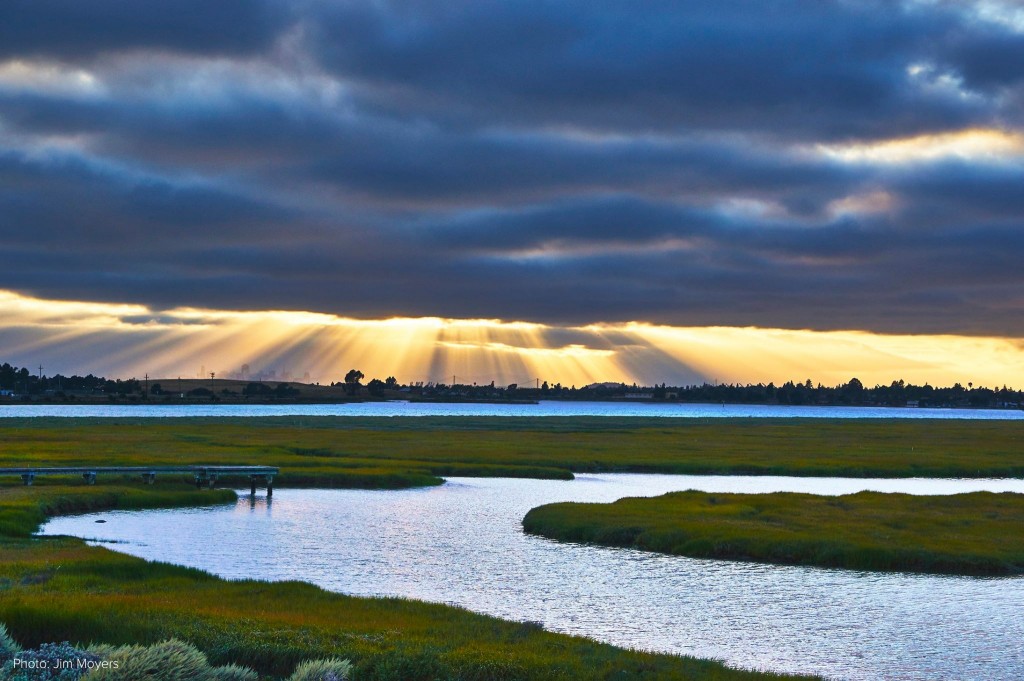 The San Francisco Bay is emerging as a huge target for the Trump Administration as it plans to slash spending at the Environmental Protection Agency: A preliminary budget this week shows President Donald Trump plans to eliminate a $4.8 million federal program to protect the bay.

The document, obtained by the National Association of Clean Air Agencies, outlines major cuts to estuaries around the country, as the administration aims to carve 3,000 jobs and $2 billion, or 25 percent of the current budget, from the EPA’s 2018 budget.

Environmentalists across the country have been bracing for Trump’s long-promised budget ax, and the president has threatened to cut federal funding in California as the state aggressively opposes many of the White House’s immigration and other policies.

“We need more money from the federal government, not less,” said David Lewis, executive director of Save the Bay, a nonprofit organization dedicated to protecting, restoring and celebrating San Francisco Bay.

The Bay Area’s budget is already far below that of other estuary regions like the Chesapeake Bay and Puget Sound — $73 million and $28 million respectively. “The bay starts off at a big disadvantage in federal funding even though we have the highest demonstrated need,” Lewis said.

Rufus Jeffris, vice president of communications for the Bay Area Council, said in an email that this would be “a huge hit for our region, given that the proposed cuts are coming (less than a year) after local Measure AA won 70 percent approval.”

Measure AA is a $12-per-year parcel tax in all nine Bay Area counties that aims to generate $500 million over 20 years for critical tidal marsh restoration projects around San Francisco Bay.

“The Bay Area is the only region in the U.S. that has raised its own dollars to match federal investments in these programs, and now they’ve just walked away from the table,” Jeffris wrote.

Other estuaries may also suffer from these proposed budget cuts — the plan calls for Puget Sound funding to be cut from $28 million to $2 million; the Great Lakes, $300 million to $10 million; and Chesapeake Bay, $73 million to $5 million.

Environmental policy experts at the Heartland Institute — a free-market think tank in Arlington Heights, Illinois — are pleased with the proposed budget, which might rein in an agency that “costs the nation’s taxpayers and consumers billions of dollars a year,” according to the institute’s president, Joseph Bast.

H. Sterling Burnett, an environment and energy policy research fellow at the institute, said, “The budget doesn’t target California per se, rather the EPA as a whole.”

“It’s long overdue – maybe if they have significantly reduced budgets, they might focus on their core mission,” said Burnett. He characterized this mission as being focused solely on laws like the Clean Air and Clean Water Acts.

The proposed cuts would also eliminate funding for a wide range of air and water programs, and cut spending for programs that control water pollution and protect low-income communities from environmental and health hazards.

Lewis said it’s important to remember that this is “essentially a leaked draft that only might be a part of a Trump budget. We don’t know if it will actually be proposed or what might happen.” Approving new budgets requires congressional approval, and with 46 Democrats and two independents in the Senate, it might be expected that some of the proposed cuts would lessen in severity.

In all, Save The Bay’s Lewis wasn’t surprised at the developments. “These deep budget cuts don’t make sense for public health or the environment, but are exactly what we expected.”

“It’s exactly the outrageous attack on the environment that we expected from the president and the people he’s surrounded himself with,” Lewis said.

Norman LaForce, legal chair for the San Francisco Bay Chapter of the Sierra Club, agreed with Lewis’ assessment of President Trump. “He has no interest in helping California in any way. The next four years are just going to be an environmental hell in the United States.

This article featuring David Lewis was originally published in the San Jose Mercury News on 3/3/2017.

Vivian is a Communications Specialist at Save The Bay. She provides support for all outreach efforts and takes photographs for us. When she’s not in the office, you can find Vivian hiking Bay Area trails, backpacking in the Sierra Nevada, or rooting for local sports teams!