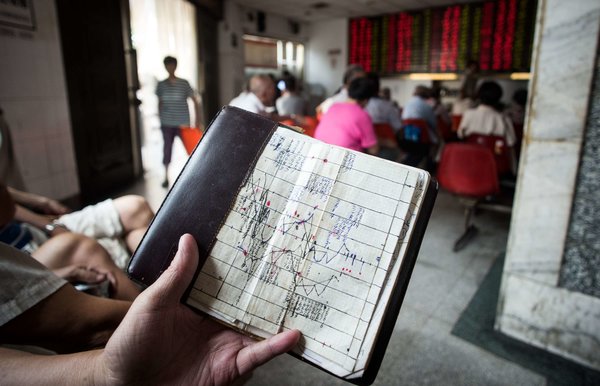 HONG KONG — China on Thursday sought to calm fears that the country’s depreciating currency had set off, as authorities defended the devaluation decision.

The country’s central bank has pushed the value of the currency lower for three consecutive days. Since Tuesday, the currency, the renminbi, has fallen 4.4 percent, the biggest drop in decades.

While China said the move was aimed to make the currency more market-oriented, it has raised concerns that the already slowing economy was in deeper trouble. The sharp and sudden fall has also prompted questions about whether the country’s leadership can manage the slowdown.

At an ad hoc news conference on Thursday, officials from the central bank defended the devaluation, saying that the currency had not entered a free fall. The central bank also said it would continue to intervene, as necessary.

Zhang Xiaohui, an assistant governor at the central bank who became a member of its monetary policy committee in June, added that there was “no basis for the continued depreciation of the renminbi.”

“From a long-term view, the renminbi remains a strong currency,” Mr. Zhang said, adding that “in the future, the renminbi will be back on the appreciation track.”

For more than a year, China’s slowing economy has created pressure on the renminbi to weaken. Despite that, the government held to its longstanding practice and kept it closely linked to the dollar, which has grown stronger as the United States’ economy has rebounded.

Previously, the central bank assigned a value to the currency each morning, allowing its value against the dollar to rise or fall by a maximum of 2 percent. In practice, it barely budged more than a small fraction of a percentage point each day.

Now, policy makers say they will give market forces greater sway over currency’s value. The official exchange rate will be set based on the renminbi’s trading performance, not simply by a government decree.

“The central bank has withdrawn from the normal mode of intervention,” Yi Gang, the deputy governor of the bank and the head of the unit that runs China’s foreign exchange system, said in Beijing. “But if you say the market has commonly recognized rules of the game, then those are still the rules that we lay out.”

Commenting on reports that the bank was aiming for a 10 percent devaluation, Mr. Yi told reporters in Beijing that “this is nonsense and is totally unfounded.”

By devaluing the renminbi now, China has also helped its exporters, whose goods will become relatively cheaper for overseas buyers. Bank officials on Thursday denied this was their goal in pushing down the currency.

The central bank still seems willing to intervene directly. On Wednesday, when the renminbi showed signs of weakening by the 2 percent limit, the bank was widely reported to have jumped into the currency market, selling dollars to push up the value of the renminbi — which ended up closing only 1 percent lower.

“They intervened massively and drove the exchange rate up,” said Arthur R. Kroeber, the managing director of Gavekal Dragonomics, a financial consultancy.

But the new system “is clearly on the spectrum of a much more market-exchange-rate environment,” he added.

On Thursday, trading slowed, although activity picked up in the final few minutes of the day. The renminbi weakened only slightly, by 0.2 percent. This suggested that, under the new system, the central bank would not be under pressure to make another drastic shift in the renminbi’s trading range on Friday.

Stock markets across the region recovered modestly on Thursday after the recent sell-off, led by Shanghai, where the main index finished 1.8 percent higher after two days of declines. Other currency markets outside China also stabilized, including the South Korean won, which rose against the dollar in late Asian trading.

Mr. Yi did not directly comment on intervention when asked about it on Thursday, but hinted it was a tool still at the central bank’s disposal.

“When there’s excessive volatility in the market, it can still be effectively managed,” he said.