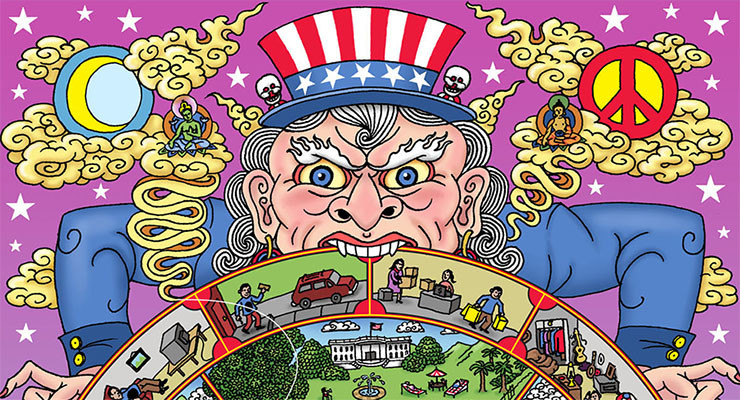 “Americosmos,” by Darrin Drda, uses American and Tibetan Buddhist mandala iconography to poke fun at the meaninglessness of existence

Huge thanks to artist Darrin Drda, who graciously allowed us to spotlight his incredible mandala “Americosmos.” It’s an American version of the Bhavachakra or Tibetan Wheel of Life, a diagram that shows the inherent suffering in all modes of existence, from the lowest hell realms to the highest heavens—suffering caused by the impermanence of all phenomena and the mind’s constant attempts to cling to and entrap the illusion of reality instead of embracing the truth of impermanence and emptiness.

I think Drda’s art depicts the inherent emptiness of American life quite well, don’t you? 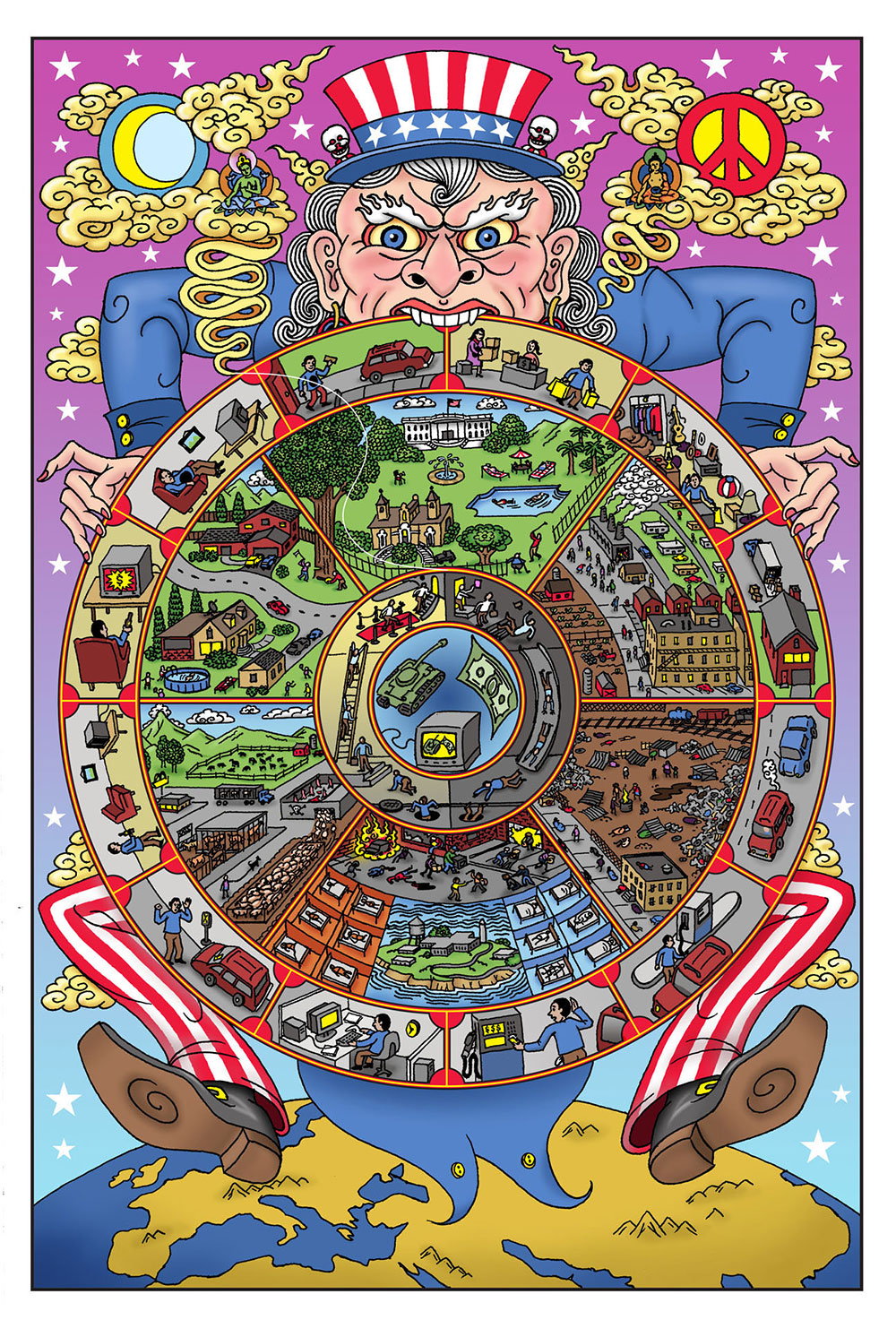