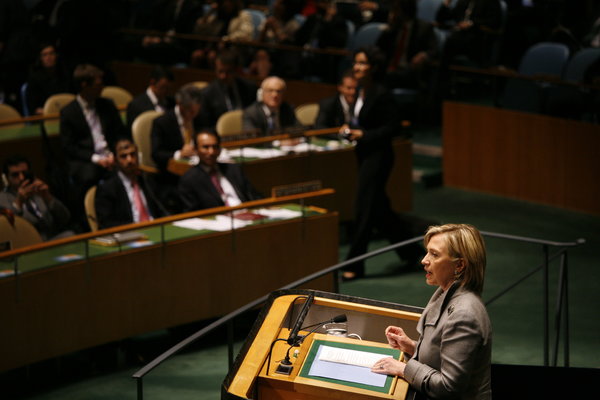 Hillary Rodham Clinton, a former secretary of state, has been most outspoken in recent years on foreign policy matters. But she has also taken positions on domestic and economic issues, like immigration and income inequality, that have been at the center of policy discussions since she left government. Here is a look at where she stands on some major issues.

Mrs. Clinton has long advocated a two-state solution between Israel and the Palestinians. She declined to comment on the recent Israeli election, even as many Republicans came out in support of Prime Minister Benjamin Netanyahu. She calls herself “an emphatic, unwavering supporter of Israel’s safety and security.”

Regarding the Islamic State, Mrs. Clinton has said the failure to help some of the more moderate rebels during the Syrian uprising led to a power vacuum that set the stage for the rise of Islamic militancy.

Like most leading Democrats, Mrs. Clinton has called for government action to fight climate change, saying, “The science of climate change is unforgiving, no matter what the deniers may say; sea levels are rising, ice caps are melting, storms, droughts and wildfires are wreaking havoc.” She has supported cap and trade, under which companies can trade carbon credits to reduce harmful emissions.

She supports President Obama’s decision to use his executive powers to reshape the nation’s immigration policy, saying it was needed “to begin fixing our broken immigration system and focus finite resources on deporting felons rather than families.”

Mrs. Clinton has yet to outline her economic strategy, but people close to her say she is expected to support raising the minimum wage, closing corporate tax loopholes, cutting taxes for the middle class and investing in infrastructure.

She supports the 2010 Dodd-Frank law toughening regulation of financial institutions, but has come under criticism for her family’s close ties to the financial sector, including highly paid speeches to Wall Street banks.