The Alvord Lake Bridge, which goes under Kezar Drive at the east end of the park and leads visitors toward Sharon Meadows, was the main pedestrian entry to Golden Gate Park. Since its construction in 1889, it’s survived two major earthquakes, a slew of minor ones, and a highway built on top of it. Yet it still stands, due to an engineering innovation that was the first of its kind.

The bridge was designed by engineer and concrete enthusiast Ernest Ransome. It was the first structure to be built using concrete reinforced with twisted rebar, a technique that was viewed skeptically by Ransome’s contemporaries (Ransome later wrote that his approach was “laughed down” by the Technical Society in California). But, the bridge held, and today, it’s the oldest reinforced concrete structure in America.

Ransome intentionally designed the concrete to look like stones— another technique that he pioneered that’s still popular today. The stalactites on the interior are also original to the bridge. Ransome wanted it to look like a cave, and, possibly, to show off what he was capable of doing with concrete. 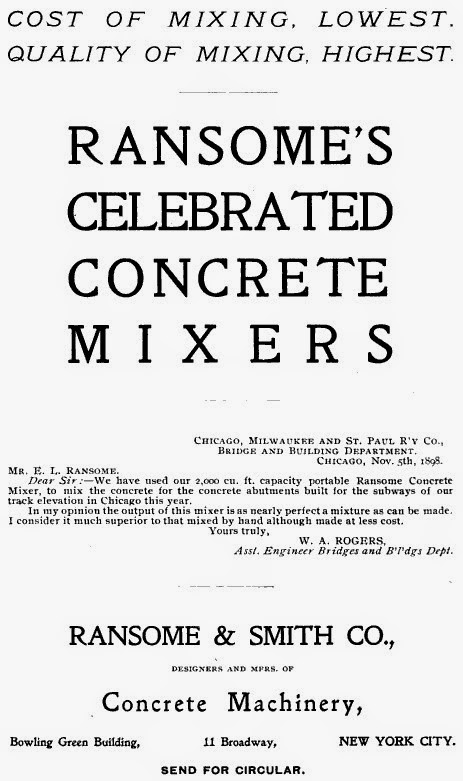 Despite concern for its structure, the bridge survived the 1906 earthquake, prompting city engineers to speculate that if more of the city had been built using Ransome’s technique, the damage might have been less severe.

In the 1970s, Alvord Lake Bridge was designated a civil engineering landmark by the American Society of Civil Engineers.

Here’s the bridge in 1892, just three years after it was built: 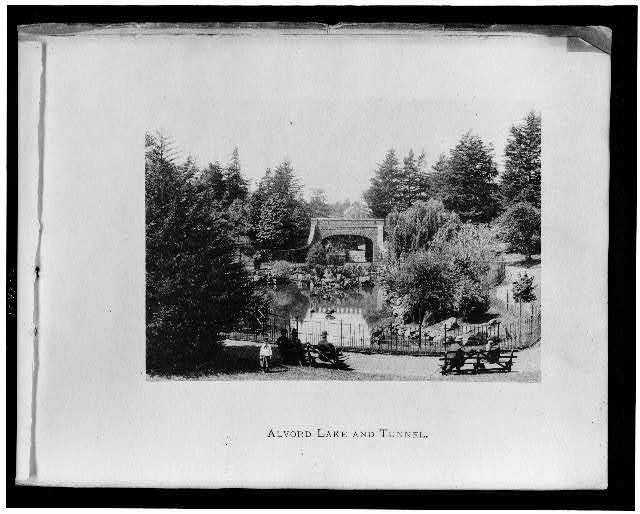 Image via Library of Congress

And here it is, nearly 100 years later, complete with faux stalactites and all in 1984: 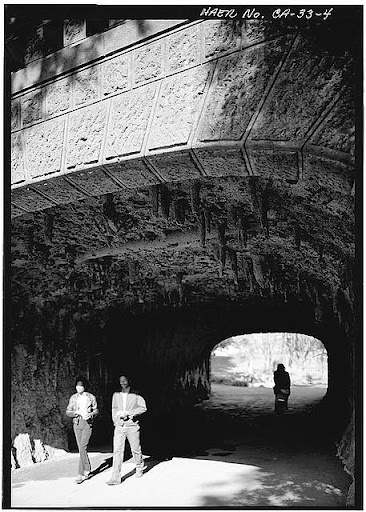 Image via Library of Congress

If you’d like to take a closer look, stop by this Saturday from 9am until about noon for the January installment of monthly area clean-ups organized by Friends of Alvord Lake. Show up, assist SF Rec & Park gardeners in beautifying the Alvord Lake entrance to Golden Gate Park, enjoy refreshments from McDonald’s, and while you’re there, make sure to take a minute to appreciate the engineering marvel that is the Alvord Lake Bridge.