The monk, molecular geneticist and confidant of the Dalai Lama, is passionately setting out why meditation can alter the brain and improve people’s happiness in the same way that lifting weights puts on muscle. 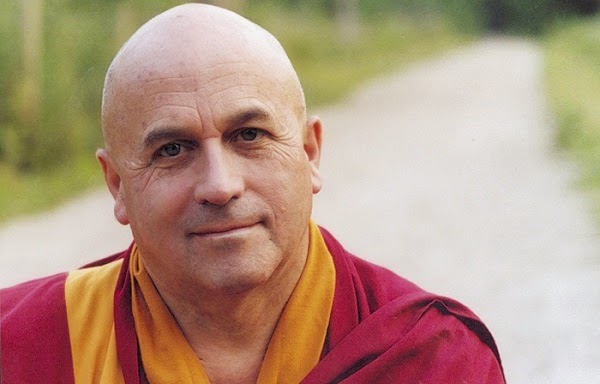 “It’s a wonderful area of research because it shows that meditation is not just blissing out under a mango tree but it completely changes your brain and therefore changes what you are,” the Frenchman told AFP.
Ricard, a globe-trotting polymath who left everything behind to become a Tibetan Buddhist in a Himalayan hermitage, says anyone can be happy if they only train their brain.
Neuroscientist Richard Davidson wired up Ricard’s skull with 256 sensors at the University of Wisconsin four years ago as part of research on hundreds of advanced practitioners of meditation.
The scans showed that when meditating on compassion, Ricard’s brain produces a level of gamma waves — those linked to consciousness, attention, learning and memory — “never reported before in the neuroscience literature”,
Davidson said.
The scans also showed excessive activity in his brain’s left prefrontal cortex compared to its right counterpart, giving him an abnormally large capacity for happiness and a reduced propensity towards negativity, researchers believe.
Research into the phenomenon, known as “neuroplasticity”, is in its infancy and Ricard has been at the forefront of ground-breaking experiments along with other leading scientists across the world.
“We have been looking for 12 years at the effect of short and long-term mind-training through meditation on attention, on compassion, on emotional balance,” he said.
“We’ve found remarkable results with long-term practitioners who did 50,000 rounds of meditation, but also with three weeks of 20 minutes a day, which of course is more applicable to our modern times.”
The 66-year-old, accompanying other senior Tibetan monks at a festival in the remote Nepalese Himalayan region of Upper Dolpa, has become a globally respected Buddhist and is one of the religion’s leading western scholars.
But he has not always been on the path to enlightenment.
Ricard grew up among the Paris intellectual elite as the son of celebrated French libertarian philosopher Jean-Francois Revel and abstract watercolour painter Yahne Le Toumelin.
“All these people used to come around, most of Paris intellectual life. We had all the French painters and I was myself interested in classical music so I met a lot of musicians,” he said.
“At lunch we’d have three Nobel Prize winners eating with us. It was fantastic… Some of them were wonderful but some could be difficult.”
By the time he got his PhD in cell genetics from the Institut Pasteur in Paris in 1972 he had become disillusioned with the dinner party debates and had already begun to journey to Darjeeling in India during his holidays.
Eschewing intimate relationships and a career, he moved to India to study Buddhism and emerged 26 years later as something of celebrity thanks to “The Monk And The Philosopher”, a dialogue on the meaning of life he wrote with his father.
“That was the end of my quiet time because it was a bestseller. Suddenly I was projected into the western world. Then I did more dialogues with scientists and the whole thing started to spin off out of control.
“I got really involved in science research and the science of meditation.”
A prominent monk in Kathmandu’s Shechen Monastery, Ricard divides his year between isolated meditation, scientific research and accompanying the Dalai Lama as his adviser on trips to French-speaking countries and science conferences.
He addressed the World Economic Forum in Davos at the height of the financial crisis in 2009 to tell gathered heads of state and business leaders it was time to give up greed in favour of “enlightened altruism”.
His other works include “Happiness: A Guide to Developing Life’s Most Important Skill” and several collections of photographs of the landscape, people and spiritual masters of the Himalayas.
Ricard donates all proceeds of his books to 110 humanitarian projects which have built schools for 21,000 children and provide healthcare for 100,000 patients a year.
He was awarded the French National Order of Merit for his work in preserving Himalayan culture but it is his work on the science of happiness which perhaps defines him best.
Ricard sees living a good life, and showing compassion, not as a religious edict revealed from on high, but as a practical route to happiness.
“Try sincerely to check, to investigate,” he said. “That’s what Buddhism has been trying to unravel — the mechanism of happiness and suffering. It is a science of the mind.”
Source : msn.com
Tags: environment, Uncategorized