Historic buildings, vintage photos, and stories from a bygone era — this is our nostalgic year in review.

Historic buildings, vintage photos, century-old stories, and profiles from a bygone era — we sure got nostalgic here at Hoodline headquarters this year. Here are some of our recent journeys through the city’s rich backstory over the past 12 months.

This year we told the tales of colorful characters from generations ago, and heard the oral histories of notable residents who are still with us.
We interviewed Bill Del Monte, a 108-year-old survivor of the 1906 earthquake, and Harry Strauch, Haight Street icon and proprietor of Gallery 683.

Bill Del Monte. Photo: Dijon / Hoodline
We explored the legend of the Space Lady, a local ’70s-era street performer who made a comeback this year, and met the proprietor of the amazing Neptune Columbarium at Stanyan and Geary, which has been in operation since 1898.
We uncovered a 1978 survey of the citizens of the Upper Haight, in which rising rents and the influx of “gays” and “bums” were common concerns.
And we delved into the life of Victor Duboce, perhaps our most famous veteran and namesake of our local Park, Avenue, and Triangle.

Bars and bathhouses, free love and foul crimes — San Francisco’s often sordid, always fascinating cultural landscape was the source of a number of Hoodline stories in 2014.
We watched a 1967 KPIX documentaryabout drugs and sex in the Haight, and footage from the Human Be-In Festival in Golden Gate Park the same year. We also enjoyed a new collection of snapshots from the Haight’s hippie era by photographer Jim Marhsall.
We uncovered a piece of piano music from 1875 called the Hayes Valley Mazurka, and learned about electronic music’s early Divisadero roots at the San Francisco Tape Music Center. We also pondered the fate of video rental stores in an increasingly digital world.
We ventured inside the Lower Haight’s ’70s-era bathhouse at Oak and Steiner, remembered wild disco nights at the I-Beam, and learned about a 1980s “fern bar” in the Upper Haight called the Achilles Heel. 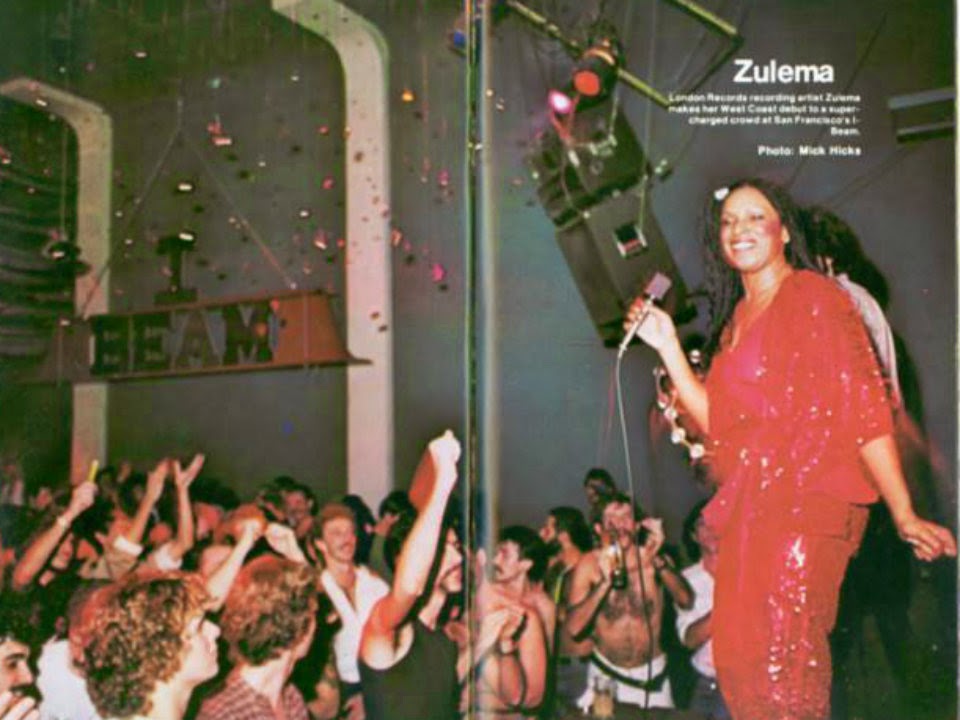 Facebook / Michael Xavier
We shuddered at the Lower Haight crimesof a century ago, including a gruesome 1917 murder of a Haight Street tamale vendor. And we caught up on the relatively recent history of controversial local issues, like redlining and chronic homelessnessand public surveillance.

From decades-old stores that are still in operation to merchants that closed up shop long ago, we took a look at local businesses past and present throughout our neighborhoods.
We met Paul Cuschieri, who has been single-handedly running an Inner Sunset cabinet shop for the past 60 years.

Photo: Adam Hofbauer / Hoodline
We explored some of the long-gone business of the Lower Haight, including the Community Blend cafe (where Squat and Gobble currently resides), and The White Room With the Blue Glow, a late-’80s water bar that neighbored Noc Noc.
We also celebrated with a number of current businesses that reached milestones this year. Hayes Valley music venue Rickshaw Stop turned 10, as did a number of Divisadero merchants. Lower Haight streetwear icon Upper Playground turned 15, and the venerable Hayes Street Grill turned an impressive 35.
And we visualized the historical business trends of Divisadero and Upper Haight, as well as the Inner Sunset.

The structures and streets

Homes, hospitals, monuments, and stadiums – we went on a virtual tour of our local landmarks this year, some of which are long forgotten.
From time to time, we take a look at our neighborhoods through the camera lenses of long ago, and compare them to the their modern day views. In 2014 we presented new before-and-after photo comparisons of Hayes Valley, Lower Haight, Market Street, and the Castro. 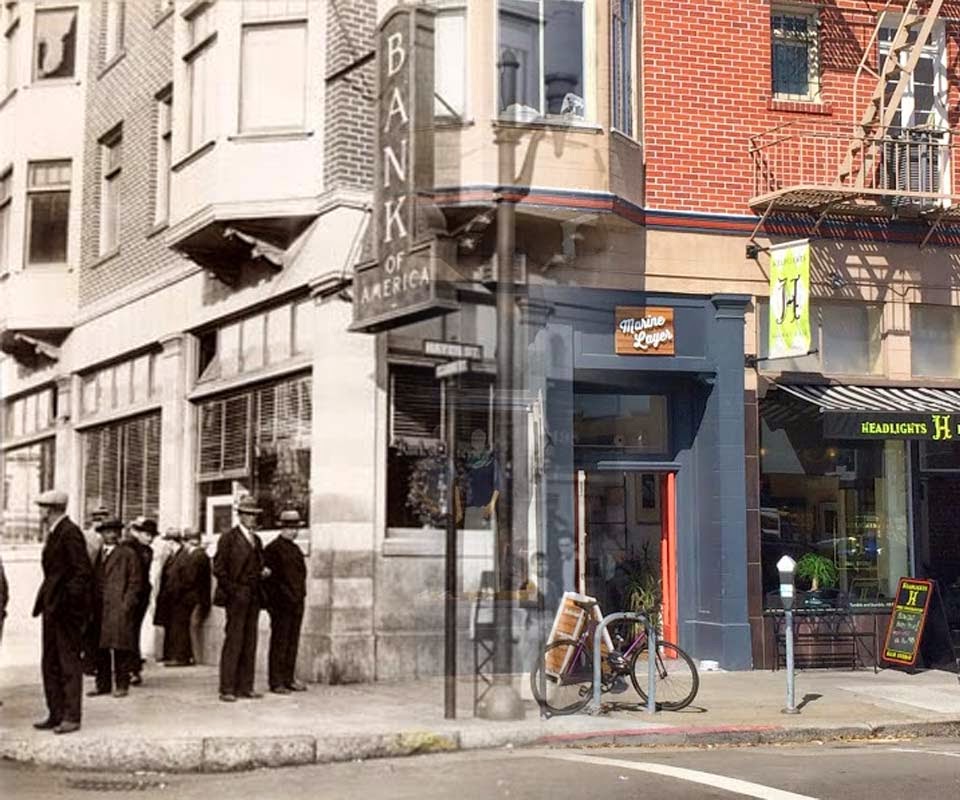 We learned the history of Oak Street’s Firehouse No. 21, which dates back to 1893, and the amazingly rich tale of 121 Haight Street, a former communist clubhouse that’s now a parking lot. Who knew that 600 Divisadero (now Rare Device) was once an orphanage, or that Falletti’s formerly housed cable cars, or that Magnolia used to be a pharmacy?
Impressive architecture got lots of love on Hoodline this year, from the 1885 Hinkel house at 280 Divisadero to the circa-1900 mansion at Grove and Broderick to the Southern Pacific Hospital at Fell and Baker. We climbed to the top of the not-unspooky Westerfield house at Scott and Fulton, and ogled the 1885 Mish house on Oak Street. 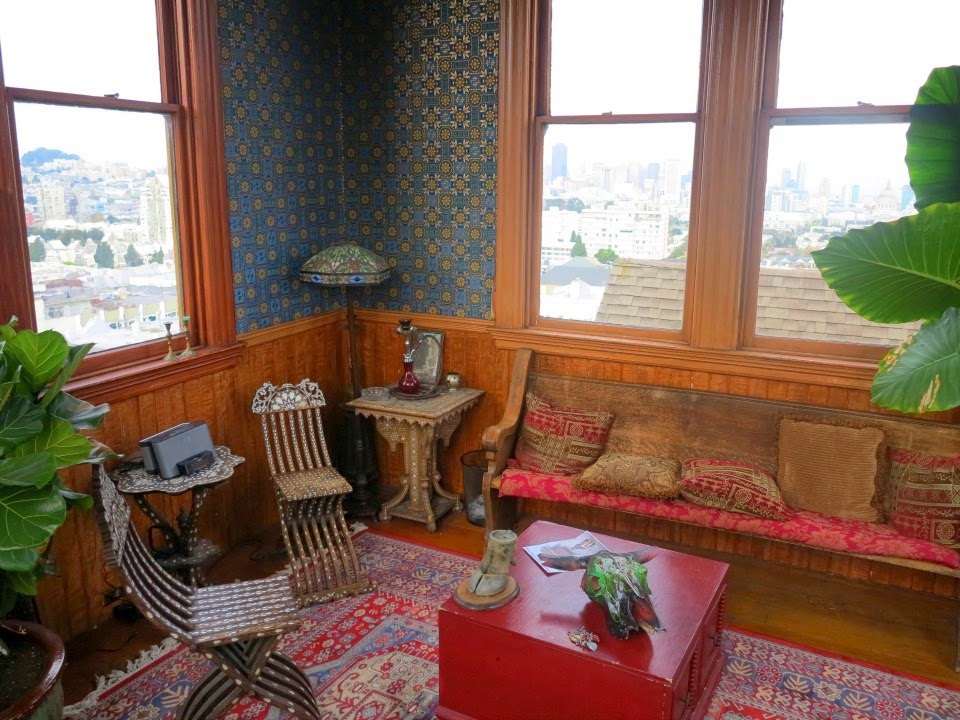 Inside the Westerfield house. Photo: Stephen Jackson / Hoodline
We shared the story of the Panhandle’s McKinley monument, a 110-year-old tribute to the former president that faces modern-day challenges. We took a lap around the 89-year-old Kezar Stadium as it undergoes much-needed renovations. And we burrowed through the construction of the Sunset Tunnel, which offered our western neighbors a long-desired gateway to downtown. 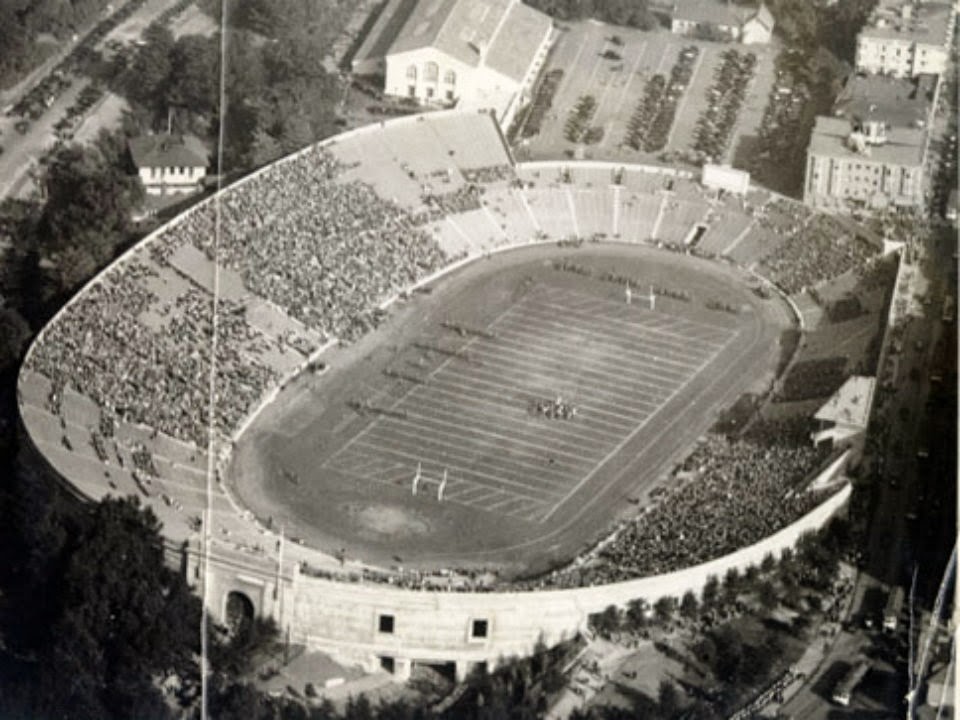 The SF History Center, San Francisco Public Library
We learned the etymology of NoPa’s street names, and explored the changing definition of the “Western Addition.” We pondered Divisadero: its demographics, its lost jazz clubs, its merger with Castro Street, and even the word “Divisadero” itself.
We visited about the local addresses where Charles Manson and Janis Joplinand Jefferson Airplane once lived, and where Patty Hearst was held prisoner.
And we uncovered structures and sites long vanished. We resurrected the somewhat morbid history of the Calvary Cemetery near Masonic and Geary, and took a trip to the 1860s pleasure grounds known as Hayes Park. We rounded the bases at the short-lived Ewing Field at Turk and Masonic, and remembered the Haight’s long-decommissioned streetcar. 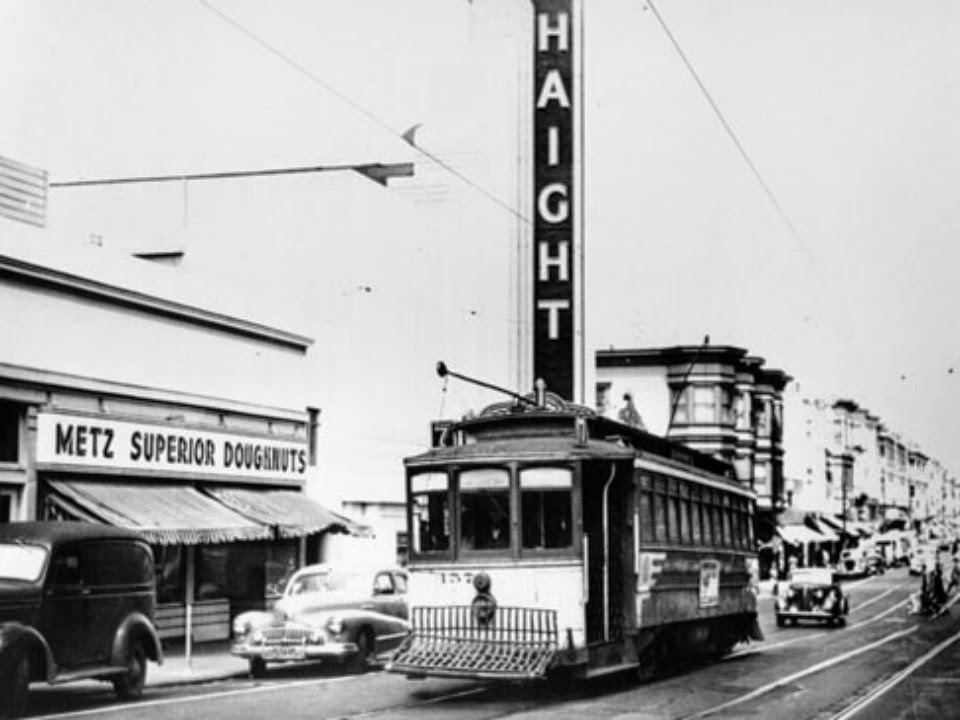 The SF History Center, San Francisco Public Library
Those are just some of the highlights from Hoodline’s 2014 coverage of San Francisco’s colorful past. The rest, as they say, is history.
Tags: business, environment, Uncategorized