Tijuana Was the Florence of a Peculiar Art Renaissance. But These Days in This Radically Changed City, It’s Tough to Find a Decent ‘Velvis.’

December 15, 2002|Sam Quinones | Sam Quinones is the author of “True Tales From Another Mexico: The Lynch Mob, the Popsicle Kings, Chalino and the Bronx” (University of New Mexico Press). His last story for the magazine was on the band Los Tigres del Norte.

One day in 1968, when twins Juan and Abel Velazquez were 15 years old, their father, Jose, sat them down and placed before them canvases of black velvet. Jose had grown up on the hard streets of Mexico City, where he’d been a boxer for a time. Later he taught himself cartooning and then to paint on velvet, which is how he’d been supporting his family.

“Time for playing is over,” he told his sons. “It’s time to make money.”

He took up a brush, dabbed it in pink paint and taught his sons the craft he knew best. Starting with a simple classic image of Tijuana velvet painting–the Pink Panther–he taught them to paint on the soft, rich fabric. When their attention or brush strokes strayed, he grabbed his sons by the hair and shook them. “We just wanted to go out and play,” recalls Abel.

For the next two years, the boys learned the secrets of velvet painting. Brushes had to be nearly dry, their father told them. Laden with too much paint, they would cause caking. Painting back and forth across velvet muddies the fabric’s sheen, so paint only in one direction. Paint what sells. Be literal. Tourists don’t buy velvet impressionism.

Other velvet icons followed: Snoopy, Charlie Brown, the Playboy Bunny. They learned to paint a prowling tiger and John Wayne, bullfighters and unicorns, black lovers and white lovers. The Velazquez twins became known among Tijuana’s painters as “The Photographers,” since what they painted invariably looked so much like the real thing.

Juan and Abel Velazquez were not the first velvet painters in Tijuana, but they are now, at age 51, almost the last. Like bleary-eyed boxers who’ve fought too many rounds, they still lug their velvet paintings around the city, trying to sell them to tourists but seldom with much luck. After decades of defining Tijuana, velvet painting is disappearing.

The art supply store that once sold 200 hundred-yard rolls of velvet a month now barely sells two. Many painters have died, moved away or turned to other professions. Only a handful are still known to paint velvet, and none of them are young. Even the tradition of committing Elvis to velvet–the fabled “Velvis”–marches steadily to extinction. In the entire city of Tijuana, more than 1 million strong, only a few still regularly brush the King’s fleshy cheeks and pillowy lips onto velvet.

One of these artists is Enrique Felix, who abandoned velvet for many years but recently returned to it as a hobby. “My children now are in their 20s,” says Felix, who sells his paintings at his curio shop near the tourist drag of Avenida Revolucion. “I don’t want them to do this. This is a good way to die of hunger. When we die, no one will know the technique. It’ll be forgotten and disappear.”

Tijuana is proud to be an industrial city now, a pit stop in the global economy where more than 600 foreign-owned maquiladoras, or assembly plants, employ more than 100,000 people. Tijuana workers manufacture more televisions than are produced in any other city in the world.

Yet few events signal that change as clearly as the decline of velvet painting, the art that was Tijuana’s hallmark for so long. From the late 1960s to the mid-’80s, the city’s tourist shops were virtually wallpapered in velvet portraits of JFK, clowns, unicorns, crouching tigers, bandits and Jim Morrison. The city of Juarez went even further, with factories of velvet painters turning out scads of the stuff. Tijuana had street corridors where teenagers could watch and learn from the more experienced velvet artists. Artists today recall that cops, construction workers–some even say doctors–became velvet painters.

In the United States, these were the days of lava lamps, black lights and water beds in vans. If the 1970s were the most embarrassing years of the 20th century, then Tijuana was its Florence. Even the Institutional Revolutionary Party, or PRI, which ruled Mexico for 71 years, ingeniously drew political capital from velvet painting.

The father of modern velvet painting was a debauched drunkard named Edgar Leeteg, an American billboard painter who moved to Tahiti and was immortalized in the book “Rascals in Paradise” by James Michener and A. Grove Day. Leeteg would paint all week, then drink and fornicate on Tuesdays, when his money and whiskey would arrive by boat. He died during a drunken spree in 1953, leaving behind many Tahitian children and hundreds of velvet paintings hanging in Hawaiian bars, restaurants and brothels. 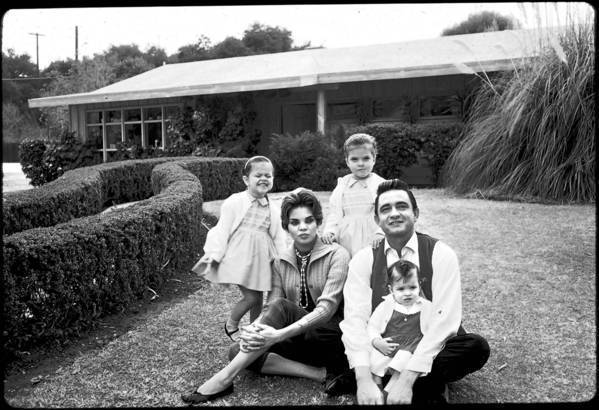