Why Wall Street Cares About Inequality

First, it was Standard & Poor’s.  Now, Morgan Stanley weighs in on income inequality in a new report. Why are these Wall Street institutions, normally focused on macroeconomic issues directly related to gross domestic product forecasts, suddenly chiming in on the issue?

Because both firms find U.S. inequality is holding back economic growth. Morgan Stanley’s research suggests weaker-than-usual consumption at the lower end of the income ladder helps explain why this economic recovery has been particularly anemic.

“It has taken more than five years for U.S. households to ‘feel’ like they are in recovery,” write economists Ellen Zentner and Paula Campbell in the report, entitled “Inequality and Consumption.”

Before the recession, they say, “the expansion of credit simply delayed the day of reckoning from declining incomes and rising inequality.” 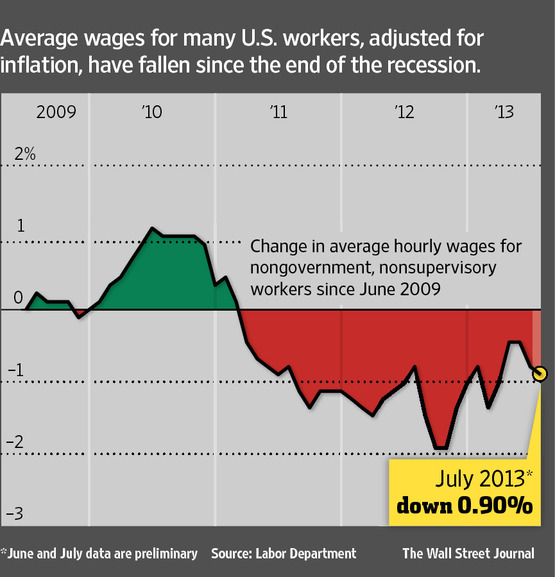 The Morgan Stanley economists do find reason for optimism, however, saying there are some hints of meaningful wage increases ahead.

“Stronger growth in wages and salaries is essential to the macro outlook, because it would help households spend more broadly across the income spectrum,” the authors write. “It matters to monetary policy because the [Federal Reserve] will remain reluctant to raise rates in the absence of a pickup in wage growth.”

The Fed last week indicated it was in no rush to begin raising interest rates, which have been near zero since December 2008. Instead, the central bank reaffirmed its commitment to keep borrowing costs at rock-bottom lows for a “considerable time” after the end of its bond-buying program, expected in October.