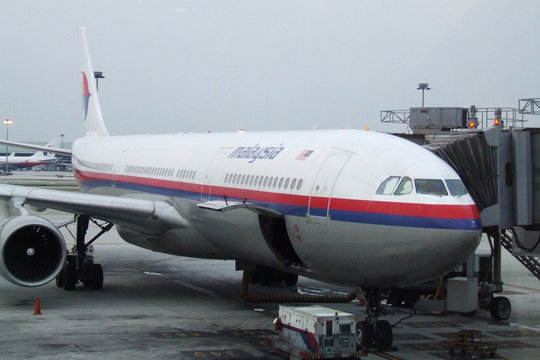 A Twitter bot that keeps watch on Wikipedia pages edited by those inside the Russian government spotted major changes to an entry about yesterday’s crash of Malaysia Airlines Flight 17, which killed all 298 people on board. The Telegraph reports that a Russian language page about Boeing 777 accidents that mentioned flight MH17 initially included language pointing to “terrorists” before being changed to “Ukrainian soldiers.” Before the edit, the entry read:

The plane [flight MH17] was shot down by terrorists of the self-proclaimed Donetsk People’s Republic with Buk system missiles, which the terrorists received from the Russian Federation

And after the edit — which occurred about an hour later — it simply said:

The plane [flight MH17] was shot down by Ukrainian soldiers.

The bot that spotted the change is RuGovEdits. Launched just this past weekend, it sends out a tweet when it detects Wikipedia edits made by people using Russian government IP addresses. Similar tools recently launched for the UK Parliament IP block (@parliamentedits), and for the US Congress (@congressedits). None of those can tell you who exactly made the edit, or protect from people using internet proxies, but they work autonomously and at all hours of the day. In this case, the edit has been linked back to someone in Kiev at VGTRK, Russia’s state-run TV and radio network.

Malaysia Airlines Flight 17 was en route from Amsterdam to Kuala Lumpur, when it crashed into a sparsely-populated area of Ukraine. Questions about who is responsible for the tragedy remain, though President Obama today said the US believes the jet was shot down by a surface-to-air missile fired from areas controlled by Russian separatists.