10 Books That Could Change the Way You Understand Modern Cities
http://io9.com/10-books-that-could-change-the-way-you-understand-moder-1582796046

10 Books That Could Change the Way You Understand Modern Cities 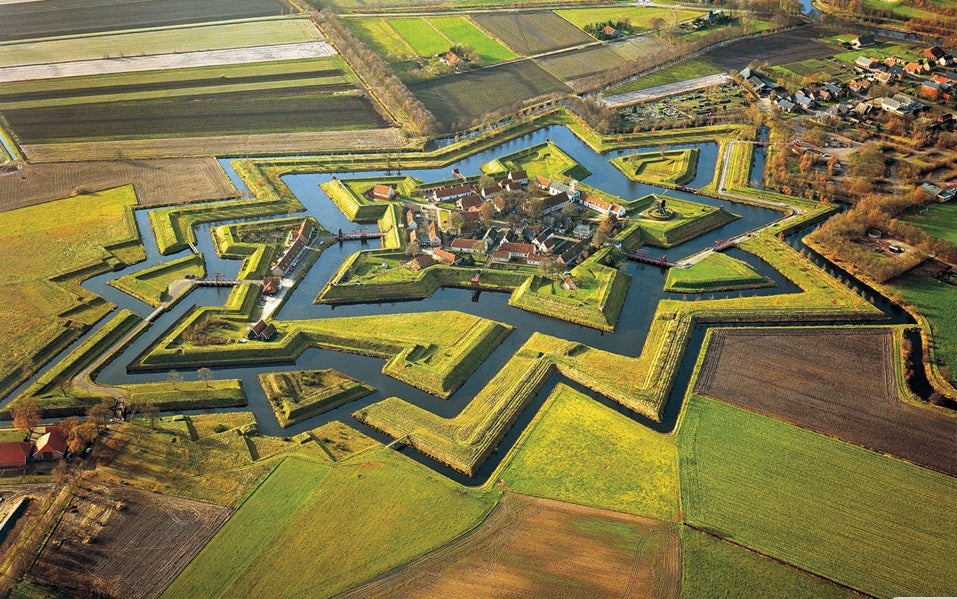 We have just entered the Urban Age, when the majority of the world’s population lives in cities. Most of us may live in the metropolis, but these miracles of engineering and cultural productivity are almost impossible to understand. These ten books will help you untangle the mysteries of today’s city life.

1. The Death and Life of Great American Cities, by Jane Jacobs

The early twentieth century brought us dozens of books about reforming the cities by breaking them up into suburbs — most notably, the architect Frank Lloyd Wright advocated for these “garden cities.” But by the mid-twentieth century, during the first stirrings of today’s modern cities, urban activists like Jane Jacobs pushed the public to imagine how we could turn our high-density city centers into better places. In this groundbreaking book published in 1961, Jacobs focused on the idea that thriving neighborhood communities were the city’s lifeblood.

Using New York as her example, she described how blighted neighborhoods like Harlem needed political attention. And she popularized the idea of a “walking city,” whose vitality could be traced to neighborhoods that were pleasant for walking and socializing. Her work was later criticized for championing gentrification, but there is no denying that she is the founder of the movement to make city neighborhoods into communities, rather than just places to live and park.

2. The City in History: Its Origins, Its Transformations, and Its Prospects, by Lewis Mumford

Famed social critic Mumford was a colleague of Jacobs’, and released this massive work the same year as her Death and Life of Great American Cities. In it, he traces the history of cities back to their origins in Mesopotamia, exploring how they evolved out of villages into walled fortresses whose primary purpose was warfare. By understanding the city’s origin as a “war machine” for destroying enemies and surveilling citizens, he explored the competing forces in city design — always vacillating between the quest to nurture social progress, and the mission to mobilize humans for battle.

3. The City Shaped: Urban Patterns and Meanings Through History, by Spiro Kostof

Kostof was an architectural historian who began his career by researching the medieval cave cities and churches of central Turkey, east of Istanbul where he grew up. With The City Shaped, a richly-illustrated exploration of why cities take the forms they do, he became a major figure in the burgeoning field of urban design. This book explores how cities express the cultures that have built them, and how they stand as immortal monuments to social worlds that last far beyond a single human lifetime. From the mazelike market streets of medieval cities, to the grand thoroughfares beloved of eighteenth century urban designers, Kostof explains how the physical shape of a city reflects the values and aspirations of the humans who design them. This book is both beautiful to behold, and deeply hopeful about urban life.

When esteemed sociologist Sassen first published this book in 1991, it upended decades of conventional wisdom about cities. Rather than viewing cities as a purely local phenomenon, Sassen placed the world’s most powerful cities in a global context, making an argument that cities had become nodes in the global economy. She viewed cities like New York, London and Tokyo as “command centers” for capitalism, transcending national boundaries to become their own socio-political system. What was groundbreaking about this approach was that it incorporated contemporary ideas about global capitalism, and explained why so many cities around the world were starting to look and feel the same. Though much has changed in the decades since its publication, this book is still crucial for understanding the relationship between cities and capital in the twenty-first century.

If you’re fascinated by the history of global cities, I’d also recommend The History of Future Cities, by Daniel Brook, which explores how cities like Shanghai, Mumbai and Dubai were created as “instant cities,” global trade outposts that sprang up almost overnight in the nineteenth century to manage the trade between eastern and western powers. Published in 2013, it explores how global cities have evolved right up to the present day.

5. City of Quartz: Excavating the Future in Los Angeles, by Mike Davis

Like Sassen, cultural studies professor Davis was interested in the interplay between city and economy. But his background in humanities research made him curious about how cities exist in a weird space between cultural fantasy and hard reality. Los Angeles was a perfect city for this exploration — not only did Davis live there for many years, but it is undoubtedly one of the most fantasy-infused cities in the world, especially because of its starring role in so many Hollywood movies and dreams of the California good life. In this highly-influential work published in 1991, Davis explored how the Utopian dream of Los Angeles became a dark dystopia of race riots, class inequality, and police brutality. Infused with sharp political commentary and poetic evocations, this is a masterwork of urban analysis that influenced many that came after it.

6. The Works: Anatomy of a City, by Kate Ascher

Cities may be dreamlands and economic powerhouses, but they are also marvels of engineering. In this beautifully-illustrated book, Ascher uses New York City to give you a lesson in how urban infrastructure works, from water and sewage to power and beyond. A lot of the technology we use today hasn’t changed much since the aqueducts of ancient Rome, so it’s fascinating to see how millennia-old ideas have intermingled with cutting-edge wiring techniques. Another great book in this genre is Scott Huler’s On the Grid, which deals with the infrastructure of Raleigh, North Carolina.

7. Aerotropolis: The Way We’ll Live Next, by John D. Kasarda and Greg Lindsay

Business analyst Kasarda and journalist Lindsay teamed up to write a book that explores one of the key reasons why cities get built where they do: transportation systems. Previous generations built cities on waterways, next to ports, and adjacent to train stations. Today, we build them around airports. Published in 2011, this book takes for granted what Sassen explained in her work on global cities. In a global economy, one of the city’s greatest assets is an airport — a physical connection to the rest of the world. Kasarda and Lindsay explore how modern transit infrastructure have created a new generation of global cities whose lifeblood runs through the air itself.

8. Cairo: Histories of a City, by Nezar AlSayyad

Architecture professor AlSayyad takes an approach to the millennia-old city of Cairo that will remind readers of Kostof’s work in The City Shaped. He explores the complicated political and social history of Cairo in a series of stories, accompanied by incredible illustrations and city maps, which reveal an urban society that is far more complicated than most people in the west realize. We see how the city’s shape and culture have changed as it emerged out of its origins as a Roman outpost, grew into a bastion of rational inquiry and artistic innovation during the middle ages, and eventually evolved into its contemporary incarnation as the site of a political struggle known as Arab Spring. AlSayyad’s point is that no city can be understood as a single, unbroken historical tale. It is many overlapping histories, often at odds with one another.

9. Nature’s Metropolis: Chicago and the Great West, by William Cronon

Historian Cronon published this book in 1991, the same year that City of Quartz revolutionized urban studies. And Nature’s Metropolis was equally disruptive and influential, with its exploration of the way cities must be understood as part of the rural lands that surround them. Instead of focusing on neighborhoods the way Jacobs did, or cultural delusions like Davis, Cronon wrote possibly the most riveting book you’ll ever read about the commodities market and how its influence unites city and country in a tight economic web. This book meant that no urban studies researcher could afford to ignore again the fact that cities do not end where “nature” begins. In fact, the city is nothing without the nature that surrounds it — economically, but also politically and ecologically too. It is no understatement to say that this book is perhaps the best history of Chicago ever written, mostly because Cronon understands that Chicago’s influence spread far beyond its borders and into the frontiers beyond.

10. Living Archtecture: How Synthetic Biology Can Remake Our Cities and Reshape Our Lives, by Rachel Armstrong

Designer and futurist Armstrong takes Cronon’s insights one step further, in this long essay on how cities of the future will be built out of living biological materials. Armstrong has been on a team that is experimenting with ideas about how to save Venice from rising waters by inducing the development of a coral reef beneath its buildings. Ideas like this one inform her work, where she speculates about how cities might be built using algae or protocells which exist on the border between chemistry and biology. She believes that cities of the future will have to go beyond carbon neutrality to knit themselves into the ecosystems where they’ve been built, in order to preserve the environment and foster communities oriented around production rather than consumption. In this way, her ideas come full circle back to Jacobs, who first proposed that cities are built on communities. To survive, we must build cities that are livable for human communities, but also for the communities of organisms all around us.