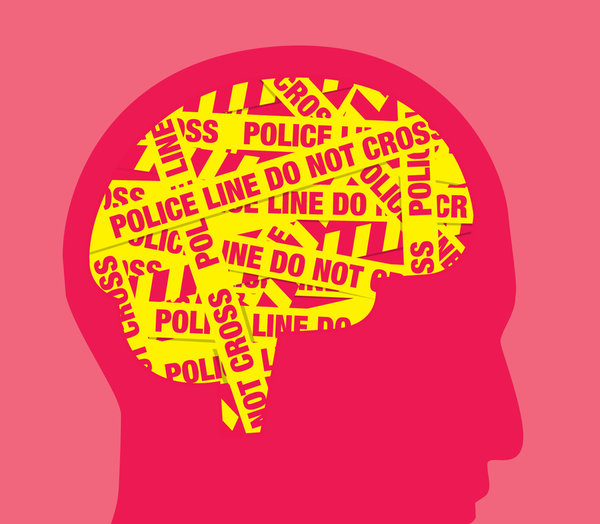 THE ANATOMY OF VIOLENCE

The Biological Roots of Crime

The Italian criminologist Cesare Lombroso makes for an unlikely hero. In the late 1800s, Lombroso proposed that criminals were evolutionary throwbacks who could be identified by primitive features like sloping foreheads and large jaws, and he went on to posit an evolutionary hierarchy of the races, with northern Italians at its apex. Such ideas inspired Mussolini’s racial laws in the 1930s, and are at the core of some of the ugliest social movements of our time.

In his provocative book, “The Anatomy of Violence,” the psychologist Adrian Raine sets out to rehabilitate Lombroso. If you take away the racism and phrenology, Raine argues, you can see he was “on the path toward a sublime truth”: The study of the biological roots of criminal behavior — or “neurocriminology” — will not only yield satisfying insights into human nature, it can incite effective and humane methods for reducing crime.

Much of Raine’s goal here is to persuade the skeptical reader to take biology seriously. Finding biological markers for crime is difficult because one of the sad truths of human development is that misfortune tends to beget misfortune, and cause and correlation become nearly indistinguishable. A child whose parents are violent criminals might be influenced by their genes, but he is also more likely than most to grow up in poverty, suffer abuse, be exposed to toxic substances and so on. Exploring the effect of a single factor requires the use of clever and indirect methods. To study the influence of genes, one can look at adopted children and ask whether their criminality is predicted by the criminality of the biological parents they have never known. To examine the effects of prenatal environment, and specifically the relationship between malnutrition and antisociality, scientists studied children born after the Dutch “Hunger Winter” in 1944-45, when pregnant women went without food during a Nazi blockade.

Not all the research reviewed by Raine is quite this elegant, but on the whole he makes a good case that certain genetic, neurological and physiological factors do predict violent behavior. Some of these findings might be obvious. Few will be shocked to hear that being born a man is linked to later bad behavior — indeed, almost all of the horrific crimes Raine describes are committed by men. Anyone familiar with research in behavioral genetics will be unsurprised to learn that the propensity for violent crime is partly heritable. And it makes sense that certain forms of brain damage, particularly to the parts of the brain that govern impulse control, make people more likely to commit violent acts later in life.

Other predictors are more surprising. A low resting heart rate correlates with antisocial behavior. Certain insults to the developing brain, like smoking and drinking by pregnant mothers, have pernicious effects on behavior. And there is evidence that eating a lot of fish leads to a decline in violence, possibly because of the positive neurological effects of the consumption of omega-3 fatty acids.

Such findings suggest interventions, and Raine advocates a “public health approach to violence.” Many of his proposals focus on early development: encouraging pregnant women not to smoke and drink, and working to ensure that young children get proper nutrition and protection from toxicants — not to mention eating plenty of fish. He argues, convincingly, that such benign and relatively cheap interventions could have huge social benefits.

But what about those whom it’s too late to help? Here Raine has something more radical in mind. He describes a futuristic situation in which the government initiates a “Minority Report”-style program called “Legal Offensive on Murder: Brain Research Operation for the Screening of Offenders” — lombroso. All men 18 and over will undergo a brain scan and a DNA test, and those whose results indicate future criminality will spend the rest of their lives in a pleasant enough form of indefinite detention. As Raine tells it, this program will lead to a staggering drop in crime, among other benefits. “The jury system of the 2010s was undoubtedly racially biased. . . . lombroso, in contrast, is scrupulously objective and data-driven, and the results have pleased civil libertarians and minority leaders alike.”

Raine is aware that this proposal — along with others, like chemical castration for sex offenders — is quite a bit more controversial than better nutrition for tots, and he tries his best to address the ethical concerns. (One point he raises is that the notion of preventive detention shouldn’t be all that shocking, since we do it already — in Guantánamo Bay and elsewhere.) But a more immediate objection is that it would never work; the link between genetic and neurological factors is nowhere near strong enough. Low resting heart rate, for instance, can explain only 5 percent of the variation in antisocial behavior. As Raine notes, this is not a trivial relationship; it’s stronger than the link between smoking and cancer. But as the foundation for locking someone up for life, it’s ludicrous.

Raine is confident that we will eventually do better: “Criminals do have broken brains,” he writes. “The differences are substantial and can no longer be ignored.” His proposal isn’t really meant to extend to “criminals” in general — tax evaders and pot smokers presumably don’t have broken brains. He’s interested in violent crime, which he regards as a kind of cancer: both are products of a combination of genes and environment, and both can be treated.

But this is a bad analogy. Cancer is an aberration, an illness, something that can be cleanly excised from the world — if it were eradicated tomorrow, the rest of human life would remain happily intact. In contrast, violence is part of human nature, shared with all other animals, evolved for punishment, defense and predation. Even in the most peaceful communities, an appetite for violence shows up in dreams, fantasies, sports, play, literature, movies and television. And, so long as we don’t transform into angels, violence and the threat of violence — as in punishment and deterrence — is needed to rein in our worst instincts.

Once we accept violence as an adaptation, it makes sense that its expression is calibrated to the environment. The same individual will behave differently if he comes of age in Detroit, Mich., versus Windsor, Ontario; in New York in the 1980s versus New York now; in a culture of honor versus a culture of dignity. The sharp drop in criminal violence over the last 40 years suggests that violence is not usually a neural anomaly or cognitive malfunction, but rather is often the product of normal decision-making processes, and hence can be influenced by incentives, customs, practices and laws.

Raine is right to point out that two individuals raised in the same culture might differ in their propensity for violence, in part because of their genes and early environments. He might be right as well that certain horrific and highly unusual acts of violence really are due to broken brains. But when it comes to everyday violence — even everyday criminal violence, like muggings and spousal abuse and sexual assault — the studies in his book suggest that the influence of biological factors, while real, is often subtle and probabilistic. No matter how much we know about genes, brains and behavior, then, the lombroso program would never be viable.

At times, Raine seems aware of this. In “The Anatomy of Violence,” he describes a man who grew up with many of the risk factors associated with becoming a violent killer. He had had a difficult birth and suffered from a vitamin deficiency early in life, both of which are correlated with problems in brain areas responsible for self-control. In his mid-20s, he had a low resting heart rate, suggesting a sort of coldness that leads many to seek out violence as a form of stimulation. Most damning of all, a scan of his brain reveals abnormal brain structures, eerily like those of a serial killer. But while this man does seem to be fascinated by violent behavior, he became an eminent scientist and not a criminal. This man is Adrian Raine.

Paul Bloom is a professor of psychology at Yale. His latest book, “Just Babies: The Origins of Good and Evil,” will be published in November.