The coronavirus outbreak in New York City became the primary source of infections around the United States, researchers have found.

By Benedict Carey and James Glanz

New York City’s coronavirus outbreak grew so large by early March that the city became the primary source of new infections in the United States, new research reveals, as thousands of infected people traveled from the city and seeded outbreaks around the country.

The research indicates that a wave of infections swept from New York City through much of the country before the city began setting social distancing limits to stop the growth. That helped to fuel outbreaks in Louisiana, Texas, Arizona and as far away as the West Coast.

The findings are drawn from geneticists’ tracking signature mutations of the virus, travel histories of infected people and models of the outbreak by infectious disease experts.

“We now have enough data to feel pretty confident that New York was the primary gateway for the rest of the country,” said Nathan Grubaugh, an epidemiologist at the Yale School of Public Health. 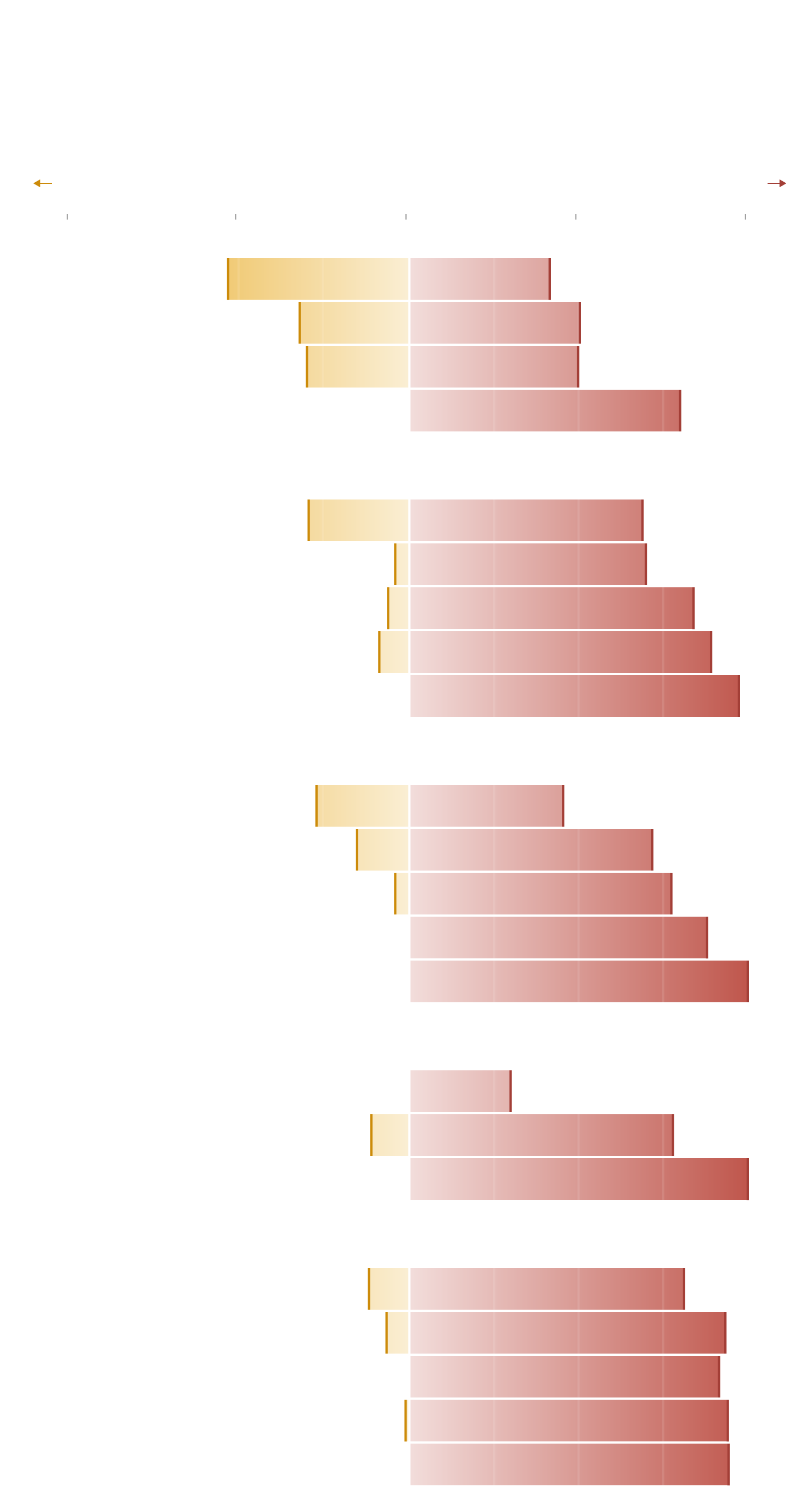 Percent of genetic samples related to each area

States on the West Coast

Viruses that spread from Washington early on carry a distinct genetic signature.

But even on the West Coast, samples related to New York are common.

Every sample from Louisiana, a hot spot for the virus, was related to New York.

The genetic line associated with New York can be traced back to Europe.

The central role of New York’s outbreak shows that decisions made by state and federal officials — including waiting to impose distancing measures and to limit international flights — helped shape the trajectory of the outbreak and allowed it to grow in the rest of the country.

The city joins other densely populated urban hot spots around the world, starting with Wuhan, China, and then Milan, that have become vectors for the virus’s spread.

Travel from other American cities also sparked infections across the country, including from an early outbreak centered in the Seattle area that seeded infections in more than a dozen states, researchers say. Even if New York had managed to slow the virus, it probably would have continued to spread from elsewhere, they say.

But the Seattle outbreak proved to be a squall before the larger storm gathering in New York, where, at the end of February, thousands of infected people packed trains and restaurants, thronged tourist attractions and passed through its three major airports.

During crucial weeks in March, New York’s political leaders waited to take aggressive action, even after identifying hundreds of cases, giving the virus a head start. And by mid-March, when President Trump restricted travel from Europe, the restrictions were essentially pointless, the data suggest, as the disease was already spreading widely within the country.

Acting earlier would most likely have blunted the virus’s march across the country, researchers say.

“It means that we missed the boat early on, and the vast majority in this country is coming from domestic spread,” said Kristian Andersen, a professor in the department of immunology and microbiology at Scripps Research. “I keep hearing that it’s somebody else’s fault. That’s not true. It’s not somebody else’s fault, it’s our own fault.”

A lack of testing obscured the true extent of the outbreak for months, and officials acted on incomplete and sometimes conflicting information. The enormous growth of New York’s outbreak partly reflects its volume of international visitors, especially from Europe, where most of its infections came from.

Dani Lever, communications director for Gov. Andrew M. Cuomo, criticized federal authorities, describing an “enormous failure by the federal government to leave New York and the East Coast exposed to flights from Europe, while at the same time instilling a false sense of security by telling the State of New York that we had no Covid cases throughout the entire month of February.”

A White House spokesman, Judd Deere, said that Mr. Trump had acted quickly. The president blocked most visitors from Europe starting on March 13, more than a month after he restricted travel from China.

“Just as he acted early on to cut off travel from the source of the virus, President Trump was advised by his health and infectious disease experts that he should cut off travel from Europe — an action he took decisively without delay to save lives while Democrats and the media criticized him and the global health community still did not fully comprehend the level of transmission or spread,” Mr. Deere said.

Now that infections are dispersed around the country, travel from New York is no longer a main factor shaping the progression of the epidemic, researchers said.

Sign up to receive an email when we publish a new story about the coronavirus outbreak.

As states around the nation begin to relax their restrictions, the findings demonstrate that it is difficult, if not impossible, to prevent those actions from affecting the rest of the nation.

Geneticists have analyzed and shared more than 2,000 samples of the virus from infected people. As the virus infects new people and replicates, it picks up mutations along the way. These mutations typically do not change the behavior of the virus, but they can provide a signature of a virus’s origin.

Most samples taken in Texas, Ohio, Louisiana, Idaho, Wisconsin and many other states carry distinct mutations that can be traced back to viruses introduced into New York.

Over all, Dr. Grubaugh estimated, infections spreading from New York account for 60 to 65 percent of the sequenced viruses across the country.

Other scientists said that they would like to see more samples before calculating precise figures. But they agreed that New York’s prominence in seeding the national spread appears to have begun in early March, two weeks before stay-at-home orders were put in place.

“New York acted as the Grand Central Station for this virus, with the opportunity to move from there in so many directions, to so many places,” said David Engelthaler, head of the infectious disease branch of the Translational Genomics Research Institute in Arizona.

At this stage, scientists say, genetic fingerprints alone are not sufficient for pinpointing the source of the viruses. But travel patterns and case histories of early known cases support the idea, they said.

“It is a combination, still, of what genomic epidemiology and shoe-leather epidemiology is going to tell us,” Dr. Engelthaler said.

Scientists modeling the progression of the disease nationally said the prominence of New York as a national hub was broadly consistent with their findings, although the picture was still emerging.

“I would say this is not surprising in a sense,” said Alessandro Vespignani, director of the Network Science Institute at Northeastern University in Boston. “The picture emerging is consistent with numerical models.”

Earlier research by Dr. Vespignani showed just how rapidly, and invisibly, the outbreak exploded in New York. By March 1, when the first coronavirus case was confirmed in New York, the city probably had over 10,000 undetected infections, his research group showed.

New York and Washington State are not the only sources of the outbreak. Other large domestic hubs contributed to the spread, scientists believe, and a more diverse genetic mix is still seen in some places around the country, particularly in the Midwest and parts of the South.

Even as domestic travel began to drive the outbreak, some infections were still seeded around the country by international travelers, geneticists said. It is possible, experts said, that some of the virus samples attributed to New York may have instead been seeded in other cities by direct flights from Europe, or from travelers laying over in New York before traveling elsewhere.

For that reason, some scientists said they would like to see more samples before linking the majority of infections in the United States to New York.

“I think that’s probably the story line that’s going to emerge, but I’d like to see more data,” said Harm van Bakel, a geneticist at Mount Sinai in New York.

A New York Times analysis of travel data supports the idea that the chains of infection originated in New York, experts said. The number of cases across the country was closely related to how many travelers each place received from New York in early March, based on anonymized cellphone tracking data from Cuebiq, a data intelligence company.

“It looks like most of the domestic spread is basically people traveling out from New York,” said Dr. Kari Stefansson, founder and chief executive of deCODE Genetics, a leading genome analysis firm based in Reykjavik, Iceland.

Last week, Dr. Andersen of Scripps Research and other scientists analyzing the outbreak in New Orleans reported that all of the samples taken from New Orleans were from the line linked back to New York. The virus swept through the area in March and has killed more than 1,000 people.

“You can figure out, with travel patterns, that the most likely thing to have happened is those came into New Orleans directly from New York,” Dr. Grubaugh said.

Up-to-date information on coronavirus is available for free.