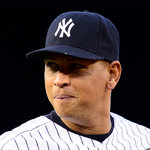 In Fight for Legacy, Rodriguez Fields Costly Team of All-Stars

As Alex Rodriguez prepares to appeal his 211-game suspension — baseball’s longest ever doping punishment — he has a supersize team of advisers to counsel him.