And it did. The ex-boyfriend’s claims were picked up by users on Reddit and 4chan and the abuse began. Ms. Quinn and her immediate family members were threatened. Her private information was exposed, including old nude photos from a past relationship. Chat rooms popped up to discuss the best ways to “ruin her life” and fantasize about elaborate ways of killing her.

Gamers and trolls on Reddit and 4chan seized on one point from the ex-boyfriend’s rant — a relationship Ms. Quinn had with a writer for the gaming site Kotaku — and quickly conjured a conspiracy theory that Quinn slept with gaming journalists in return for good coverage. It didn’t matter that the writer in question had never reviewed her games. This false premise of video game industry collusion spiraled into an online culture war, ensnaring female gaming critics like Anita Sarkeesian and other designers like Brianna Wu who would suffer months of relentless abuse on and offline. What started as a breakup post morphed into Gamergate: a leaderless harassment campaign to preserve white male internet culture, disguised as a referendum on journalism ethics and political correctness, which ran amok.

Gamergate didn’t invent the tactics that were used. Anonymous accounts and online message boards led vile targeted harassment campaigns a decade before Ms. Quinn’s ex-boyfriend wrote the first words of his post. And, in the months leading up to Gamergate, news reports revealed an uptick of hoaxes and harassment campaigns, including some that impersonated, silenced and intimidated women of color. 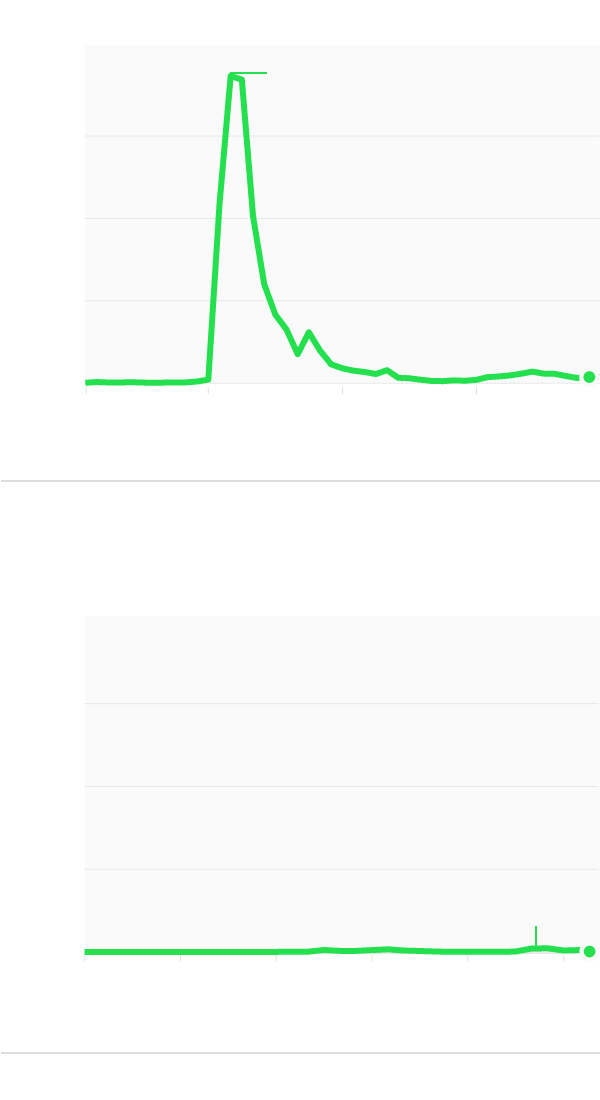 Using fake Twitter accounts, 4chan users posed as “angry feminists” and got the hashtags #EndFathersDay and #WhitesCantBeRaped to trend globally. At a tech conference in 2013, in an incident called Donglegate, Adria Richards, a tech consultant and woman of color, tweeted about a sexist joke uttered during a keynote speech. Her tweet went viral, and Ms. Richards was fired, doxxed, received death threats and had “images of her beheaded, or her face photoshopped onto the body of porn stars.” Not all of the hoaxes succeeded: 4chan campaigns like “Operation Freebleeding” (where trolls pretended to be feminists rejecting tampons as patriarchal tools of oppression) failed to stoke culture war flames.

“The energy and ideology of this movement weren’t new but Gamergate was when the movement evolved and the monster grew a voice box,” Whitney Phillips, an assistant professor at Syracuse who studies online harassment and media manipulation, told me. “All the anger, all the toxicity and fear of being replaced by a culture more focused on social justice — it all came together in a spectacularly awful way.”

Unlike its predecessors, Gamergate jumped out of the obscure fever swamps of the internet and into mainstream consciousness, in part because its arrival coincided with a peculiar online moment in which social media platforms were becoming more mainstream. People who were unfamiliar with the chaotic underbelly of internet culture could be easily tricked or manipulated by its worst actors. “The clash of anonymous imageboard culture with the parts of social media where people live and work created the divide underlying Gamergate,” Jay Allen, a freelance writer, wrote of this dynamic in 2014.

To compound the problem, at the time Gamergate arrived, social media platforms were largely unmoderated free-for-alls. Twitter — with its 140 character limit, pseudonymous user names and real-time replies — became a magnet for trolls, who used hashtags and searches to monitor terms and flood unsuspecting users with intimidating messages. Media outlets, surveying the drama, wrote up the skirmishes, often uncritically.

Crucially, Gamergate emerged during the internet’s shift from a largely anonymous or pseudonymous culture to one centered around personality-driven influencers. And, unlike previous abuse campaigns led by armies of unknown internet users, Gamergate attracted the attention of then-men’s rights bloggers like Mike Cernovich and Roosh V, right-wing political correctness monitors like Christina Hoff Sommers and middling journalists like Milo Yiannopoulos, then a writer for Breitbart.

“Gamergate really prototyped the rise of harassment influencers,” Ms. Phillips told me, arguing that the size and intensity of the controversy quickly attracted opportunists who saw the conflict as a way to gain large followings stoking the culture war flames. In turn, these personalities extended the conflict, highlighting new controversies. The fact that these influencers were real, identifiable people only further legitimized the event for its followers. “If a movement is anonymous it can cause people to question the authenticity,” said Joan Donovan, the director of the Technology and Social Change Research Project at Harvard. “But having real people helm the movement gives people something to latch onto.”

Steve Bannon, at the time Breitbart’s chairman, saw Gamergate as an opportunity to ignite a dormant, internet-native audience toward a focused and familiar cause: that feminism and social justice had spiraled out of control. “I realized Milo could connect with these kids right away,” Mr. Bannon told the journalist Joshua Green in 2017. “You can activate that army. They come in through Gamergate or whatever and then get turned onto politics and Trump.”

Breitbart’s coverage elevated Gamergate across a growing far-right media ecosystem, which drew attention from the mainstream press, who viewed the entire conflict as an online circus with endless carnival barkers. “It didn’t help that these people are, in addition to their harassing, always embroiled in their own personal dramas,” David Futrelle, a Chicago writer who covered Gamergate extensively for his blog, We Hunted The Mammoth, told me. In other words, they weren’t just pundits, they were characters. “That outrageousness made them irresistible to media,” he said. It was this attention — from influencers and the press — that cemented the status of Gamergate.

In the fall of 2014, a Deadspin writer, Kyle Wagner, presciently declared that Gamergate was the future of the culture wars and that “the rhetorical weaponry and siegecraft of an internet comment section” would be “brought to bear on our culture, not just at the fringes but at the center.”

“What we’re seeing now,” Mr. Wagner said, “is a rehearsal, where the mechanisms of a toxic and inhumane politics are being tested and improved.”

Gamergate’s DNA is everywhere on the internet, and the ubiquity of Gamergate’s influence has even spawned a winking trope: Everything Is Gamergate. It’s evident in the way foreign actors use bot accounts to manipulate public sentiment, and in the way President Trump uses Twitter to rally his supporters around corporations (in defense of Home Depot; against Nike). One can draw a crooked line between Gamergate’s online advertiser boycott, which caused Intel to pull ads from gaming sites like Gamasutra, and Sean Hannity’s 2017 campaign against Keurig coffee, which led viewers to hurl coffee machines out of windows and post the destruction on Twitter; between anti-feminist YouTubers taking to Patreon to fund their screeds and the shady crowdfunding campaigns to “fund the wall,” the pledge drives from Pizzagate or QAnon truthers.

The comparisons are nearly endless. Recent right-wing furies over female Marvel characters and black Star Wars leads echo Gamergate’s breathless Reddit threads defending sexist tropes in video games as essential cultural pillars. Vivian James, Gamergate’s unofficial cartoon mascot — a 4chan-created drawing of a stereotypical female gamer — was deployed with the same darkly ironic winking nods as the alt-right’s Pepe the Frog. The logs of Gamergate chat rooms, with their anonymous plots to terrorize women, look like a precursor to the chat servers where, in 2016, armies of Trump supporters giddily shared the best strategies to flood the internet with vulgar memes. And, of course, there’s Gamergate’s supposed central premise — bigotry disguised as media criticism — which lives on in Mr. Trump’s continued attacks on the press as the “enemy of the people.”

Sometimes the playbook is overt. In August 2017, a Google engineer, James Damore, was fired after an anti-diversity memo he wrote went viral. The pro-Trump internet rallied around him with the hope of turning his dismissal into a landmark culture war moment.

Far-right personalities swarmed Mr. Damore — his first “exclusive” interview was with Stefan Molyneux, a far-right Canadian YouTuber who calls himself a philosopher and lectures about race and I.Q. and men’s rights issues. Trumpian Twitter pundits tried to stage a “March on Google”; there was a crowdfunding campaign for Mr. Damore that raised $40,000 in fewer than four days. Right-wing influencers pushed the hashtags #GoogleMemo, #GoogleManifesto and #JeSuisJamesDamore to trend on Twitter; Breitbart churned out articles; hundreds of memes appeared, extolling Mr. Damore as a martyr — one depicted him as Martin Luther nailing his memo to a church door à la the 95 Theses.

Those associated with the movement didn’t mince words about their intended goal. “This is just like Gamergate and it will play out just the same way,” Milo Yiannopoulos told me at the time. “Frothing outrage from the Left, joyful victory for the libertarian Right, and a public left even more skeptical than before about the liberal institutions who presume to rule over them.” Mr. Damore’s memo proved not to be Gamergate Part 2 — the events were overshadowed later that week by the tragedy in Charlottesville, Va. — but it paved the way for the current conservative-led campaign against Big Tech, embraced by Trump at his White House social media summit in July.

Gamergate wasn’t the birth of a brand-new culture war, it was a rallying cry. And its trollish successes in intimidating women, deceiving clueless brands and picking up mainstream coverage taught a once-dormant subculture powerful lessons about manipulating audiences and manufacturing outrage. Five years on, no lesson feels more prescient than the fact that its supposed central premise — a broad reckoning regarding journalistic ethics in video games — was based on an easily (and frequently) debunked lie.

Gamergate is occasionally framed as a battle for the soul of the internet between a diverse, progressive set and an angry collection of white males who feel displaced. And it is that, too. But its most powerful legacy is as proof of concept of how to wage a post-truth information war.

The lesson of Gamergate — the one we feel reverberating throughout our politics every day in 2019 — is that there’s a sinister power afforded to those brazen enough to construct their own false realities and foist them on others.

The Times is committed to publishing a diversity of letters to the editor. We’d like to hear what you think about this or any of our articles. Here are some tips. And here’s our email:letters@nytimes.com.