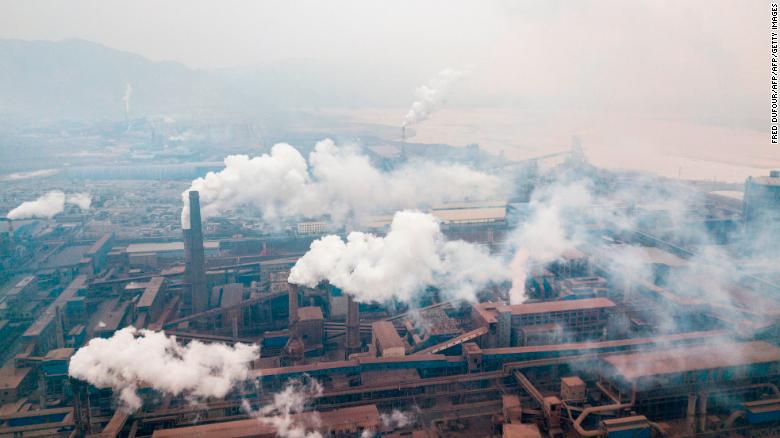 (CNN) — Human activities are degrading the global environment at a pace that could endanger the “ecological foundations of society” and human health, according to a landmark United Nations report released Wednesday.

The authors say that with unprecedented action on a global scale — including drastically cutting carbon emissions, improving water management and reducing pollution — humans can achieve a future with less poverty and hunger while preserving the environment.

But our window for action is closing fast. If we continue business as usual, the authors warn, we can expect:

The 700-plus page report is the sixth Global Environment Outlook and is the UN’s most comprehensive report on the state of the global environment since the fifth edition in 2012. More than 250 scientists and experts from more than 70 countries contributed to the assessment.

The picture is not all doom and gloom: The authors stress that we have the science, technology and money to protect the environment while supporting the nearly 10 billion people expected to call Earth home by 2050. And in many cases, it makes economic sense to make the changes necessary to ensure a sustainable future, they say.

But it is people — politicians, business leaders and members of the public — who in many cases, continue to stand in the way of achieving those goals.

The authors echo findings from last fall’s UN Intergovernmental Panel on Climate Change report that, to avoid disastrous levels of global warming, urgent changes to all aspects of society are needed.

Unfortunately, greenhouse gas emissions have locked the world into a period of climate change defined by rising seas, more frequent and intense storms and food security crises, the report says.

This report also finds that current efforts have the world on a path to fall short of carbon emissions reductions under the Paris Agreement and those outlined by the UN panel to limit global warming to 1.5 degrees Celsius above pre-Industrial levels.

This makes addressing climate change a top priority, the report says. And because of how greenhouse gas emissions and climate change are intertwined with many other environmental problems ailing the planet, it cannot and should not be dealt with in a vacuum.

According to Kristie Ebi, a professor at the University of Washington’s Department of Public Health, who was also a lead author of a chapter of the Intergovernmental Panel on Climate Change report, we must develop climate policies that capitalize on benefits and reduce harms.

“As an example, one option to reducing carbon emissions is more extensive use of biofuels. But some research suggests that increasing the land used for biofuels could reduce the amount of land available for agriculture, which could affect food insecurity for the poor,” Ebi said. “Decision-makers should ensure that the options implemented to reduce greenhouse gas emissions do not create new challenges; all the benefits and harms of a policy should be taken into consideration.”

Climate change is hardly the only environmental crisis unfolding due to human activity that the report urges action to address.

Air pollution remains a major public health problem as the main environmental contributor to disease around the globe. All told, air pollution results in 6 million to 7 million premature deaths and losses of $5 trillion each year. 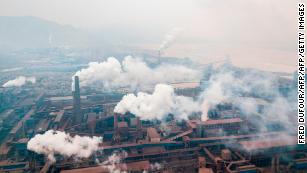 Species extinction rates also continue to increase at a pace that could compromise Earth’s ability to meet human needs, the report says.

Among invertebrates, 42% of land dwellers, 34% of freshwater species and 25% of marine species are at risk of extinction.

The picture is also bleak for vertebrates: Between 1970 and 2014, global species population numbers fell by an average of 60%.

The authors also detail how feeding the growing human population remains a challenge that is taking a toll on the environment. But by reducing food waste and eating less meat, we can alleviate the need to produce 50% more food to feed the expected 9 billion to 10 billion people expected to living on the planet by 2050.

Thirty-three percent of edible food is wasted worldwide, with more than half thrown out in industrialized nations, the report says.

The path to sustainability

Despite the dire prognosis, the report offers hope by outlining treatment plans for the planet that will preserve environmental and human health. But these plans of action must address global systems, not just individual issues.

For instance, meeting targets related to climate change, air pollution reduction and sustainable energy are feasible — but only if the necessary measures are taken rapidly and on a global scale.

And from a financial standpoint, the report’s authors say that taking action to combat climate change could benefit the planet in the long run. The costs of mitigation needed to achieve the Paris Agreement’s climate targets are estimated to be about $22 trillion. But reducing carbon emissions combined with the health benefits afforded by cleaning up air pollution could yield approximately $54 trillion in savings, according to the report.

Ghassem Asrar — director of the Joint Global Change Research Institute of the Pacific Northwest National Laboratory and a coordinating lead author on the report’s section on pathways to sustainability — is optimistic even though the report makes clear that we are not on track to meet those goals.

“Many people see that [environment protections] are in the best interest of themselves, as well as the next generation, because it’s basically the best gift they can give to their children,” he said. “There are some really innovative solutions being taken at the state and local level, but we need to make sure that they are proliferated and done consistently globally to have the desired outcome.”