WASHINGTON — President Trump declared a national emergency on the border with Mexico on Friday in order to access billions of dollars that Congress refused to give him to build a wall there, transforming a highly charged policy dispute into a confrontation over the separation of powers outlined in the Constitution.

Trying to regain momentum after losing a grinding two-month battle with lawmakers over funding the wall, Mr. Trump asserted that the flow of drugs, criminals and illegal immigrants from Mexico constituted a profound threat to national security that justified unilateral action.

“We’re going to confront the national security crisis on our southern border, and we’re going to do it one way or the other,” he said in a televised statement in the Rose Garden barely 13 hours after Congress passed a spending measure without the money he had sought. “It’s an invasion,” he added. “We have an invasion of drugs and criminals coming into our country.” 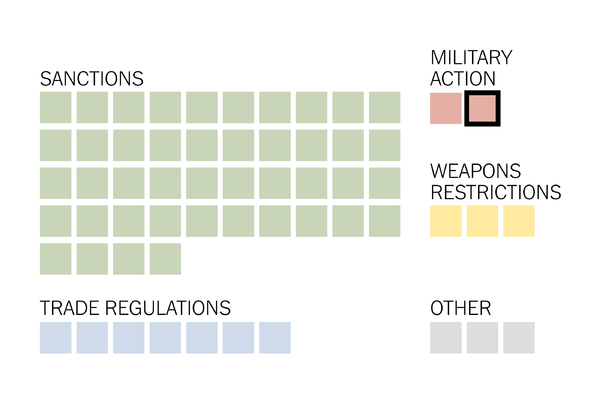 Here’s how President Trump’s border wall fits on the list of emergency declarations.