CNN) — America may get its most intimate look yet inside Robert Mueller’s secretive Russia investigation in the next four days, with a series of disclosures that have the potential to be greatly damaging for President Donald Trump.

If the special counsel lives up to his reputation, his filings will feature surprising revelations and rich texture to color the picture he has already painted in indictments and witness testimony of a culture of endemic dishonesty in Trump’s orbit about multiple, so far unexplainable, ties with Russians. 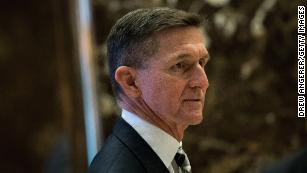 He may also begin to add context and answers to some of the intriguing clues he has dropped in a probe that has so far seen three people sentenced, one convicted at trial and seven guilty pleas and has charged 36 people and entities with a total of 192 criminal counts.

With each twist of the investigation, a fascinating trove is building of hints and implied connections, odd coincidences and apparent shady links between key players that is crying out for explanation.

Related: Track the publicly known developments of the sprawling investigations into Trump and Russia.

There has been speculation that he is trying to leave a detailed paper trail in public in case Trump manages to fire him in a power play or he is somehow constrained in his writing of a final report.

The continuum running through the investigation showing links between Trump’s associates and businesses and Russia has been often subtle.

Stepping up the pace of his probe since the midterm elections, Mueller has moved in a direction that appears increasingly threatening to the President, including his crossing of Trump’s red line by showing interest in his family real estate empire.

So far, as would be expected in an ongoing investigation, Mueller has not unveiled any allegations that the Trump campaign colluded with Russia or that the President obstructed justice by trying to shut down the probe formerly overseen by fired FBI chief James Comey.

But he is shifting up a gear following a week in which the Russia cloud enveloping the presidency darkened considerably. 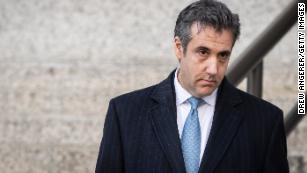 Cohen says he lied about project in Moscow 02:47
Trump’s former personal lawyer Michael Cohen said after entering a cooperation agreement with Mueller that he had lied to Congress to hide plans to build a Trump Tower in Moscow that endured deep into the 2016 campaign.
CNN reported that Cohen had originally believed Trump would pardon him for staying on message while talking with prosecutors. It is unclear who gave him that impression, but it raised perilous new questions for the President and his team.
Another branch of Mueller’s investigation is also emerging — his interest in alleged communications between Trump’s informal political adviser Roger Stone and associate Jerome Corsi with WikiLeaks, the website that published emails stolen by Russian spies from the Clinton campaign’s chairman and the Democratic National Committee.
Mueller’s methodical and increasingly visible activity seems to be playing on the mind of the President, who unleashed the latest in a flurry of angry tweet storms at the special counsel Monday.

“Bob Mueller (who is a much different man than people think) and his out of control band of Angry Democrats, don’t want the truth, they only want lies. The truth is very bad for their mission!” 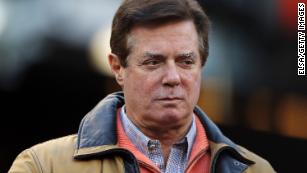 In Tuesday’s scheduled filing about Flynn, Mueller is expected to reveal details of cooperation he obtained in a plea deal with the former general, who was constantly at Trump’s side during the final stages of the 2016 campaign.

Flynn pleaded guilty last December to lying to the FBI about conversations about sanctions with then-Russian Ambassador to the US Sergey Kislyak. Flynn was fired three weeks into Trump’s presidency after news reports revealed the true nature of Flynn’s conversations and the White House said he had lied to Vice President Mike Pence about the calls.

Flynn’s conduct could bring others with whom he worked in the transition and the White House to Mueller’s attention, including Trump’s son-in-law, Jared Kushner, Pence and ex-deputy national security adviser KT McFarland.

In the year since he was charged, Flynn has been a recluse, and mystery surrounds the scope of his cooperation with Mueller. Some of that intrigue could begin to clear on Tuesday.

Mueller’s team will explain in district court in Washington why they accused Trump’s jailed ex-campaign chairman of lying to them, potentially jeopardizing his cooperation deal with the special counsel.

All eyes will be on the court docket to see if Manafort lied about Russia or the Trump campaign — which could be explosive — or something with less collateral damage, like his lobbying work in Ukraine, which led to a conviction in Virginia for fraud and tax evasion.

The spokesperson for the special counsel’s office has said that at least part of the Manafort memo will be public. Some of it could be sealed.

Russia investigation watchers are also on alert for movement on multiple other open loops and baffling questions not yet answered by Mueller.

For example, what is to become of Gates? 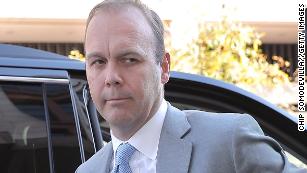 Manafort’s business partner turned against his former boss and helped Mueller seal a conviction. But the special counsel was not done with Gates, and said in a filing last month that Gates was still aiding “several ongoing investigations.”

That in itself was a danger sign for Trump, since Gates was around the campaign for far longer than Manafort.

One of the most beguiling twists in Mueller’s investigation concerns Konstantin Kilimnik — a Manafort business associate who was so obscure that it took news outlets months to find a photo of him.

In a March court filing, Mueller’s team revealed that Kilimnik “has ties to a Russian intelligence service and had such ties in 2016.” Not only that, but Kilimnik also was in contact with Manafort and Gates while they ran Trump’s campaign. Kilimnik has already been charged by Mueller with witness tampering. Manafort was hit with the same obstruction charges and pleaded guilty in September.

If Mueller does eventually conclude that there was collusion between Trump’s campaign and Russia, it may turn out that Kilimnik was at the center of it.

Mueller also appears to be looking at a set of strange coincidences.

Hours after Trump publicly egged on the Russians to hack Democratic nominee Hillary Clinton’s emails in July 2016 — Russian hackers apparently gave it their best shot, according to court filings. Mueller didn’t connect the dots in his indictment of 12 Russian hackers, but he subtly noted that the attempted hack was “the first time” they had tried to breach Clinton’s personal emails.

There was another example of suspicious timing in the Cohen indictment last week: Prosecutors revealed that Trump’s fixer called off plans to visit Russia for the proposed Trump Tower Moscow deal on the exact day that first news reports emerged about Russia hacking the Democratic National Committee.

And as Mueller continues circling Stone, evidence is mounting about his campaign season ties to WikiLeaks.

Draft court filings obtained by CNN last week showed that Mueller’s team has email evidence showing that Stone knew some details about the website’s releases before they were public. 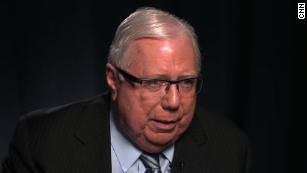 WikiLeaks started publishing emails stolen from Clinton campaign chairman John Podesta less than an hour after the publication of a tape from the show, on which Trump made lewd comments about groping women.

Many observers, especially Democrats, think this is more than a coincidence.

Corsi told CNN that Mueller had asked about his interactions with Stone around the time of the tape’s release.

If the special counsel can prove that they in any way coordinated the timing of the WikiLeaks dump to take the heat off Trump at a moment when his entire campaign was in peril, it would strongly suggest collusion.