Here’s how climate change will impact your part of the country – CNN
https://www-m.cnn.com/2018/11/27/health/climate-change-impact-by-region/index.html 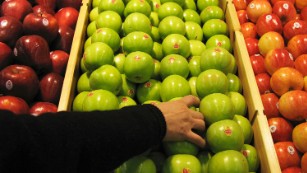 (CNN) — The lengthy National Climate Assessment released on Friday includes detailed information about how specific regions of the US will be impacted. Here’s what else you need to know.

— There will be shorter winters and longer summers.

— There will be a decline of species that support some of the most valuable and iconic fisheries, including Atlantic cod, Atlantic sea scallops and American lobsters.

— Health risks from contaminated flood waters. For example, because much of the historical development of industry and commerce in New England occurred along rivers, canals, coasts, and other bodies of water, these areas often have a higher density of contaminated sites, waste management facilities, and petroleum storage facilities that are potentially vulnerable to flooding.

— 61% of major cities are exhibiting some aspects of worsening heat waves, which is a higher percentage than any other region of the country.

— Experts project the region will see the greatest increase in cases of West Nile neuroinvasive disease.

— More people will die: Absent mitigation, “an additional 200 to 550 premature deaths in the region per year by 2050. These account for almost half of the total projected deaths due to the climate-related increase in ground-level ozone nationwide and may cost an estimated $4.7 billion (in 2015 dollars).” But under another scenario, “by 2090, 2,000 additional premature deaths per year, compared to the base period of 1989-2000, are projected due to heat alone without adaptation efforts.”

— Food supply will suffer from declining crop yields and increasing pest problems: The area is home to nearly a quarter of US agriculture. Report cites increasing temperatures that lead to yield declines and “increase the range and fecundity of crop pests.”

— Variety of health threats come from rising temperatures: Increasing “heat illness and diseases transmitted through food, water and insects will increase as temperature rises.” Heat illness and stress is connected to a number of conditions, including “lung disease,” and increases the “death rate for elders with chronic conditions.”

— More wildfires: The increased temperatures have intensified droughts in California and the Southwest region. Recent wildfires have made California ecosystems and Southwest forests net carbon emitters, meaning they emit more carbon into the atmosphere than they use. With increased greenhouse gas emissions, the report predicts that more wildfires will occur across the region. Under higher emissions, fire frequency could increase by 25% and the frequency of larger fires could triple, the report states.

— Sea level rise: The report estimates that sea level rise and storm surge could completely erode two-thirds of southern California beaches by 2100. Ocean waters have been warming. Off the coast of California and worldwide, ocean temps warmed by 0.6 to 0.8 degrees Fahrenheit from 1971 to 2010, mainly due to climate change. Continued climate change effects could warm California waters by between 4 to 7 degrees Fahrenheit by 2100, according to the report.

— Increased temperatures caused by greenhouse gas emissions are projected to cause winter warming throughout the region, which could impact not only the environment but the economy of different states in the region. Warming will also impact fish populations that live in this region, which also would have a severe economic impact. Warmer winters in the region will lead to a reduction in the mountain snowpack, which will increase wildfire risk. Comparing high snowfall years to low snowfall years in the region between 1999 and 2009, each low snowfall year resulted in more than 2,100 fewer employees and $173 million reduction in ski resort revenues, according to the report.

— Ocean/water warming: Increasing ocean temperatures and acidity impact fish survival, the report states. As water temperatures continue to rise, negative impacts on fisheries are expected to increase. With increased stream temperature projections, the report predicts a 22% reduction in salmon habitat in Washington by the end of the century if emissions continue to release at a higher rate. That kind of salmon population loss would correlate to a $3 billion economic loss.

— Islands could shrink: “Puerto Rico and the USVI are projected to lose 3.6% and 4.6% of total coastal land area, respectively. Were such a rise to take place, Puerto Rico’s critical infrastructure near the coast would be negatively impacted, including drinking water pipelines and pump stations, sanitary pipelines and pump stations, one wastewater treatment plant, and six power plants and associated substations.”

— The state is “warming faster than any other state” and “twice as fast as the global average since the middle of the 20th century.”

— Devastating impact to fishing industry: Alaskan fisheries “are among the most productive and valuable in the world.” A “recent heat wave in the Gulf of Alaska, which led to an inability of the fishery to harvest the Pacific cod quota in 2016 and 2017 and to an approximately 80% reduction in the allowable quota in 2018.”

— Flooding would be devastating, especially on low-lying islands: “… Across the state, nearly 550 Hawaiian cultural sites would be flooded or eroded, 38 miles of major roads would be chronically flooded, and more than 6,500 structures and 25,800 acres of land located near the shoreline would be unusable or lost, resulting in approximately 20,000 displaced residents in need of homes.”

— Massive water shortages: Islands are extremely vulnerable to drought. “Severe droughts are common, making water shortage of one of the most important climate-related risks in the region.”