IDK what’s up but it seems important 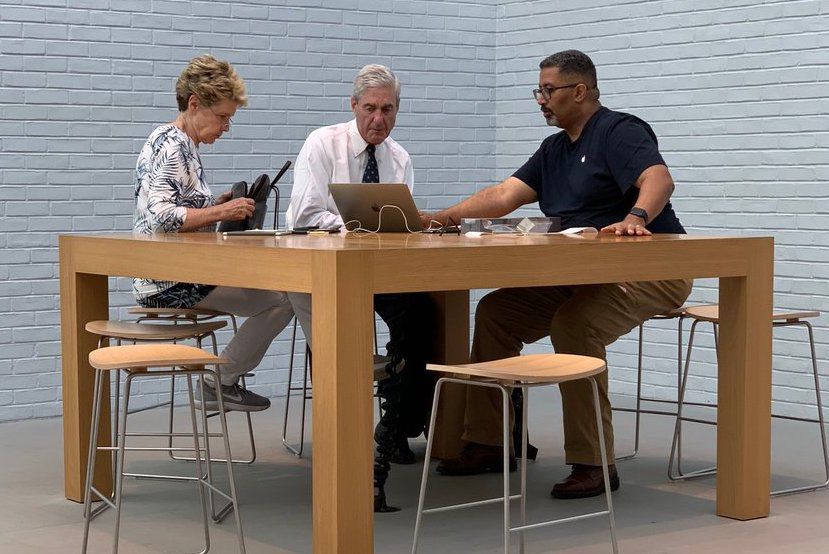 Robert Mueller surfaced from the Russia investigation this afternoon to ask for help — tech support, specifically. The special counsel and former FBI director was spotted in the Georgetown Apple store today, working with a Genius bar employee to get help with a MacBook Pro. The photo was taken by Meghan Pianta, who works in communications in DC; we initially caught it via Washington Examiner reporter Kelly Cohen.

In the photo, you can see a pained, confused look on the special counsel’s face. What is he looking at? We tried calling the Apple store to find out, but were stymied by endless phone trees. An investigator who went on location on behalf of The Verge said there was no sighting of either Mueller or the employee seen helping him.

Whatever it was, the Apple Genius’ help comes at a critical juncture. Mueller’s investigation appears to be more in jeopardy than ever with his boss, Deputy Attorney General Rod Rosenstein, facing a strong likelihood of being pushed out. And it’s long been speculated that President Trump hopes to shake up the Justice Department after the midterms, which are just over a month away.

Then again, the photo shows Mueller sitting beside his wife. So maybe they’re just having iCloud issues.