(CNN) — Vice President Mike Pence once argued the president of the United States should be held to the highest moral standards to determine whether he should resign or be removed from office.

Pence made the argument in two columns in the late 1990s, where he wrote that then-President Bill Clinton’s admission of an affair with a White House intern and prior lies to the public about the matter, possibly under oath, meant Clinton should be removed from office.

Yet Pence also moved beyond the specifics of the Clinton case: He made a far-reaching argument about the importance of morality and integrity to the office of the presidency.

Pence wrote the columns in the late 1990s when he was a local Indiana radio host and prominent conservative voice in the state arguing Clinton had lost his moral authority to lead the country. One of the columns, “The Two Schools of Thought on Clinton,” was posted on his now-defunct website for his radio talk show. Another column, “Why Clinton Must Resign or Be Impeached,” was posted on his congressional campaign website. Both columns were archived by the Internet Archive’s Wayback Machine. The columns ran in various Indiana newspapers at the time but did not get national attention.

Dismissing the idea that the president is “just the like the rest of us,” Pence wrote, “If you and I fall into bad moral habits, we can harm our families, our employers and our friends. The President of the United States can incinerate the planet. Seriously, the very idea that we ought to have at or less than the same moral demands placed on the Chief Executive that we place on our next door neighbor is ludicrous and dangerous.

“Throughout our history, we have seen the presidency as the repository of all of our highest hopes and ideals and values. To demand less is to do an injustice to the blood that bought our freedoms.” 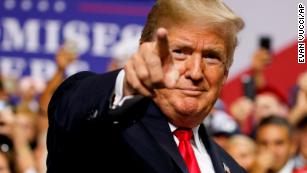 Trump also denied knowledge of payments made to Daniels and McDougal during the 2016 presidential campaign but subsequent statements and recordings have raised questions about his denials.

Pence has largely remained silent on the allegations and called Daniels’ assertions of an affair “baseless.”

In addition to the moral argument Pence makes in the columns, he focused on the fact that Clinton was in office when his affair took place and that he “very likely” committed perjury when he denied in a deposition having a “sexual relationship” with Monica Lewinsky. The allegations against Trump all took place before he stepped into public office, and Trump has not testified about the alleged affairs and therefore does not face any allegations he lied under oath about them. But Pence was not exclusively concerned about Clinton’s misstatements under oath, also arguing that Clinton’s public statements about Lewinsky damaged the institution of the presidency.

The Vice President’s office did not respond to a request for comment on the columns.

Trump is also facing questions about his statements concerning any relationship between his campaign and Russia. On Sunday, Trump tweeted that a June 2016 meeting at Trump Tower between his son Donald Trump Jr. and a Russian lawyer was “a meeting to get information on an opponent.” It was the most direct admission yet of the true intent of the meeting and also an acknowledgement that Trump Jr.’s initial explanation for the meeting — that its primary purpose was to discuss adoptions – was grossly misleading. That explanation came in a statement that was dictated by the President. 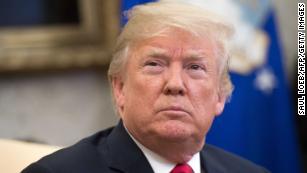 In one of his columns about Clinton, Pence wrote, “Further, the Presidents (sic) repeated lies to the American people in this matter compound the case against him as they demonstrate his failure to protect the institution of the presidency as the ‘inspiring supreme symbol of all that is highest in our American ideals.'”

He continued, “Leaders affect the lives of families far beyond their own ‘private life’. In the Bible story of Esther we are told of a king who was charged to put right his own household because there would be ‘no end of disrespect and discord’ among the families of the kingdom if he failed to do so. In a day when reckless extramarital sexual activity is manifesting itself in our staggering rates of illegitimacy and divorce, now more than ever, America needs to be able to look to her First Family as role models of all that we have been and can be again.”

Pence also wrote that Republicans needed to act to remove Clinton even if it meant losing the majority in Congress.

“If our leaders flinch at this responsibility, they would do well to heed the Proverb ‘if a ruler listens to lies, all his officials become wicked,'” he added. “Our leaders must either act to restore the luster and dignity of the institution of the Presidency or we can be certain that this is only the beginning of an even more difficult time for our land. For the nation to move on, the President must move out.”