Michael Cohen tapes: Here’s what we know about the secret recordings
https://www.usatoday.com/story/news/politics/2018/07/28/michael-cohen-trump-tapes-what-we-know/852141002/ 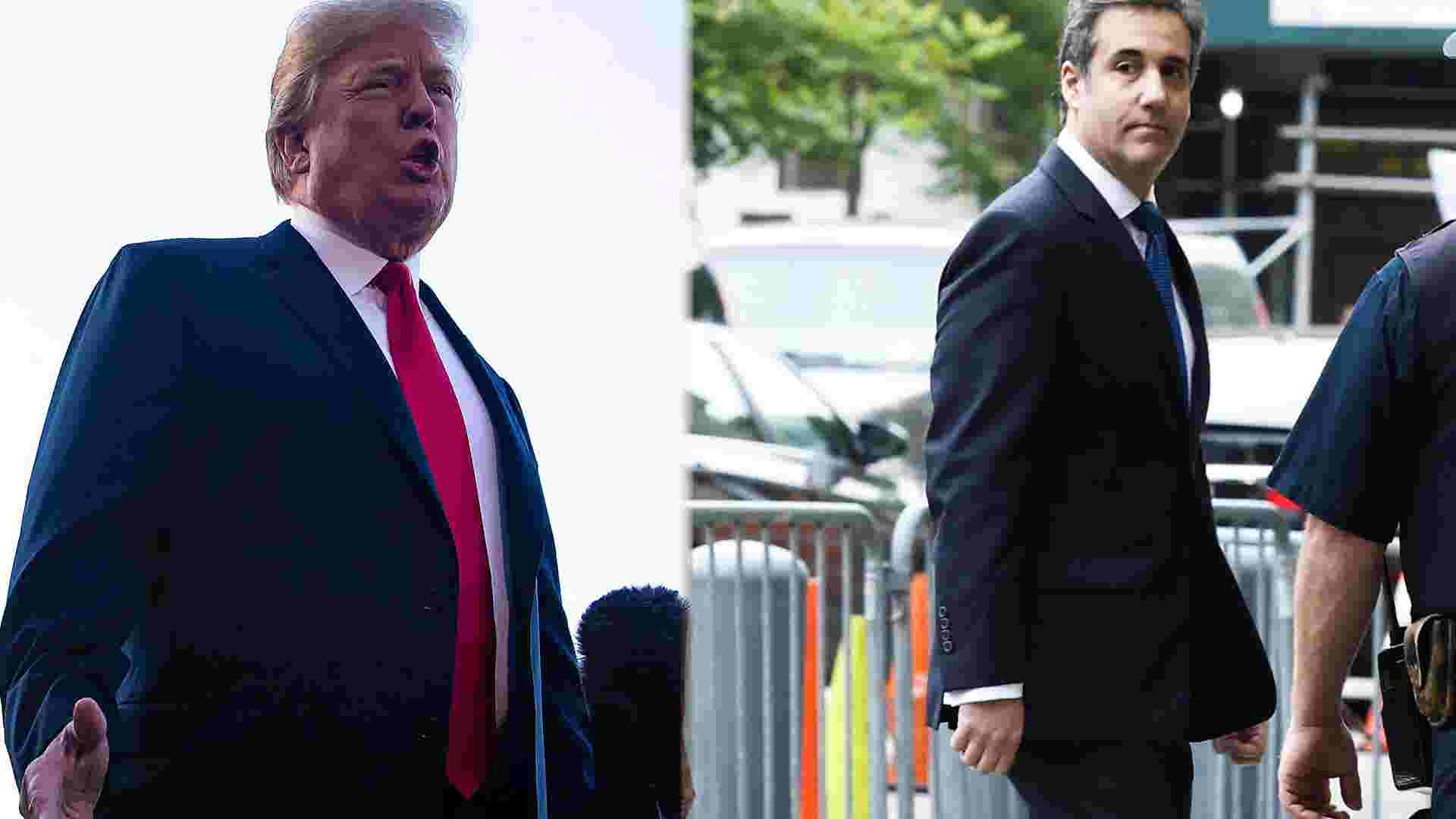 The audio, released by Cohen’s attorney exclusively to CNN, allegedly reveals plans between Cohen and President Trump to keep a story about Trump’s affair out of the National Enquirer.

It was a made for TV moment.

The breaking news banner stretched across CNN as the network debuted the very first of the secret tapes recorded by Michael Cohen.

But the wild recording between President Donald Trump and his former attorney is just one of many. The Washington Post reported investigators have more than 100 of Cohen’s recordings, a number Trump’s attorney Rudy Giuliani seemingly confirmed while appearing on CNN Thursday.

The tapes include a host of characters, including journalists, and cover a variety of topics, including some revolved around the president’s business.

Here’s what we know:

The most explosive of the known recordings is a nearly three-minute conversation between Cohen and his boss, Trump. The conversation details a few things, including how to purchase the rights to the story of a former Playboy model who alleges she had an affair with Trump.

Cohen is also heard on the September 2016 tape discussing an effort to unseal divorce documents between Trump and his first wife, Ivana, along with polling numbers.

In the recording, Cohen tells then-presidential candidate Trump, “I need to open up a company for the transfer of all of that info regarding our friend David.”

“What financing?” Trump can be heard to ask after a number of other, inaudible comments.

Trump then says something about whether or not to “pay with cash” to which Cohen responds, “No. No, no, no, no. I got (inaudible). No, no no.”

Trump then says the word “check” and the tape suddenly ends.

It’s unclear why the recording stopped.

The David who Cohen refers to is believed to be David Pecker, the CEO of American Media, which owns the National Enquirer. He is a longtime friend of Trump.

The Enquirer paid former Playboy model Karen McDougal $150,000 for her story about an alleged 10-month affair between herself and Trump that began in 2006. The tabloid never published the story.

The Wall Street Journal first reported on the tape but Cuomo talked about the recording live on CNN Thursday night as Giuliani quoted portions of the tape.

“I set it up with Stormy Daniels. I paid it. I paid it out of my own pocket. I did it for the family. I didn’t do it for campaign purposes,” Giuliani said Cohen is heard explaining on the recording. “That is word-for-word exactly the version we have it.”

Giuliani said the recording was made surreptitiously without the knowledge of Cuomo, who said the two-hour talk was off-the-record.

Cuomo acknowledged the tape’s existence but refused to talk about its contents.

“What Michael Cohen told me on that tape, I told him was off the record, even though, what happened in terms of the recording of it, that’s one issue,” Cuomo said.

“You got everything out of him,” he said.

Cohen secretly recorded several conversations between him and Keith Davidson, an attorney who represented a number of women who alleged affairs with Trump.

Davidson was the attorney for both Daniels and McDougal. He acknowledged in a lawsuit that he and Cohen had known one another for years and their first conversation was in 2011 over the phone.

More: It will take more than Cohen to bring down Trump, conservatives say

They exchanged emails, text messages and phone calls pretty regularly during negotiations over a $130,000 payment to Daniels in exchange for her silence about claims of an affair with Trump.

During those negotiations, Cohen is accused of secretly recording some of the phone conversations.

Davidson filed a lawsuit last month that detailed Cohen’s secret recordings, alleging they were unlawful since Davidson is located in California, which requires both parties to consent to be taped.

Daniels’ new attorney, Michael Avenatti, said there are at least three tapes detailing conversations between Cohen and Davidson. He has demanded the recordings be made public multiple times.

The tapes are important for a number of reasons. Their conversations could be of use to investigators who are examining whether the payment to Daniels was a campaign finance violation.

They could also show whether Davidson was working with Cohen and Trump, as Avenatti has alleged, in an attempt to silence Daniels.

Giuliani carefully touched on the contents of some of the other tapes in an interview with CNN Thursday evening, attempting to show Cohen was a liar and wouldn’t have credibility with prosecutors.

He said Cohen is heard complaining about not being given a position in the Trump administration and was jealous of Trump’s children, who were.

“He didn’t select Michael for government. You know Michael was bitter about that. That’s going to be on tapes, without getting into the detail of that,” Giuliani told CNN’s Cuomo.

He continued: “He’s very, very jealous and bitter about the kids, which also comes across on the tapes. So you got a whole scenario here that’s really, really sick.”