What happened the last time a President chose America’s enemies over its friends (opinion) – CNN
https://www-m.cnn.com/2018/07/25/opinions/what-happened-the-last-time-a-president-chose-americas-enemies-over-its-friends-sinha/index.html
Editor’s Note:Manisha Sinha is the Draper Chair in American History at the University of Connecticut and the author of “The Slave’s Cause: A History of Abolition“. The opinions expressed in this commentary are hers. View more opinion articles on CNN.

(CNN) — Donald Trump likes to compare himself to Andrew Jackson, but the Andrew he really resembles is Andrew Johnson. What they have in common are delusions of personal grandeur and a tainted ascent to the presidency. Trump was elected by a minority of the American electorate, with help from the vagaries of the Electoral College system and from considerable Russian interference.

Johnson became president thanks to an assassin’s bullet. While Johnson immodestly compared himself to Jesus and Moses, Trump claims he is the best at everything, even boasting recently on Twitter that his popularity among Republicans exceeds that of Abraham Lincoln.

Indeed, pundits have likened today’s partisan divisions to those of the Civil War era. But they more closely resemble the politics of Reconstruction, the period after the war when for the first time in history, an American president, Johnson, was impeached by the House of Representatives.

But the resemblance between the two men goes deeper. Johnson’s white-supremacist views were blatant and his policies precipitated a constitutional crisis that put the President at loggerheads with Congress and his own party, the Republicans.

(Remember that everything you know about Republicans and Democrats today should simply be flipped for the 19th century. The Republican Party then was the liberal party of anti-slavery, big government and Lincoln. The Democrats were the party of white supremacy, Southern slaveholders and states’ rights. In the 20th century, after the New Deal and civil rights movement, the parties exchanged ideological roles.)

When Johnson became president in 1865, he jeopardized the Union victory and the Republican platform by issuing wholesale pardons to former Confederates and recognizing Southern state governments with repressive “black codes” that pushed African-Americans close to a renewed state of slavery. Leading Republicans in Congress pushed back, enacting civil rights for African-Americans, bills that passed over Johnson’s vetoes. 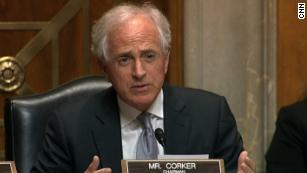 That precipitated a constitutional crisis. Johnson took his case to the people, Trump style, during the 1866 midterm elections. He played the race card, arguing that giving African-Americans rights would weaken whites’ rights. He called his political opponents traitors, even leading members of his own party.

Trump works from the same playbook. He has called white supremacists in Charlottesville, Virginia, “very fine people,” has viciously attacked President Obama, Hillary Clinton, the United States government and our European allies, and cozies up to Russian President Vladimir Putin. We have yet to see if the electorate will deliver a stinging blow to Trump as it did to Johnson in 1866, paving the way for the Reconstruction constitutional amendments and laws that enfranchised black men.

Congressional Republicans in the 1860s, tempered in the fire of the Civil War, put their country before a traitorous President. They first passed the Tenure of Office Act of 1867 to protect Republican Cabinet members and office holders from Johnson. When Johnson violated the law by firing Secretary of War Edwin Stanton, congressional Republicans drew up articles of impeachment against him. 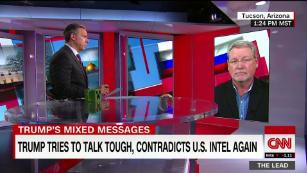 Congressional Republicans today, in contrast, have not lifted a finger to protect Justice Department officials and special counsel Robert Mueller’s investigation from the threat of interference by Trump. In fact, they have aided and abetted the Trump administration’s undermining of both.

Johnson scraped through his impeachment trial by one vote in the Senate, but for the rest of his term he was a lame duck, repudiated by his party and country. Republicans replaced him with the victorious Union general, Ulysses S. Grant, in the presidential elections of 1868. Grant was more committed to black rights and helped stamp out the Ku Klux Klan in the reconstructed Southern states.

Republicans today show no inclination to rebuke Trump for his outrageous conduct. Only those on the verge of retirement, like Sen. John McCain, have issued strong condemnations. Others have simply voiced disagreement rather than taken any action. This is rich from a party that demonized the Soviet Union during the Cold War and infringed on the rights of American citizens in the McCarthy era, the real witch hunt of modern American politics. Meanwhile, Russian agents allegedly worked to infiltrate the National Rifle Association and the evangelical right. 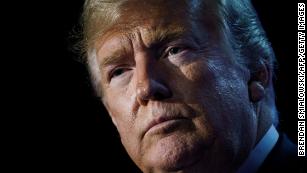 Related Article: With Trump not leading, this summer won’t be a silly season

The Republican Party, like Southern slaveholders of yore, is rapidly becoming an anti-democratic force willing to sacrifice the country, democratic institutions and the sanctity of the electoral process to protect its political power and enact its reactionary political and economic agenda. We can only hope that it, like John C. Calhoun, the philosopher of slaveholders and champion of minority rule, will be consigned to the dustbin of American history.

Today, as the party of Trump traffics in nativism, racism, archaic views of women’s and gay rights, with political and economic policies lifted from Gilded Age robber barons, it is useful to remember the words of another, far wiser Republican.

“When it comes to this,” as Abraham Lincoln put it in a famous rebuke to anti-immigrant nativists of the 1850s, “I should prefer emigrating to some country where they make no pretense of loving liberty — to Russia, for instance, where despotism can be taken pure, and without the base alloy of hypocrisy.”