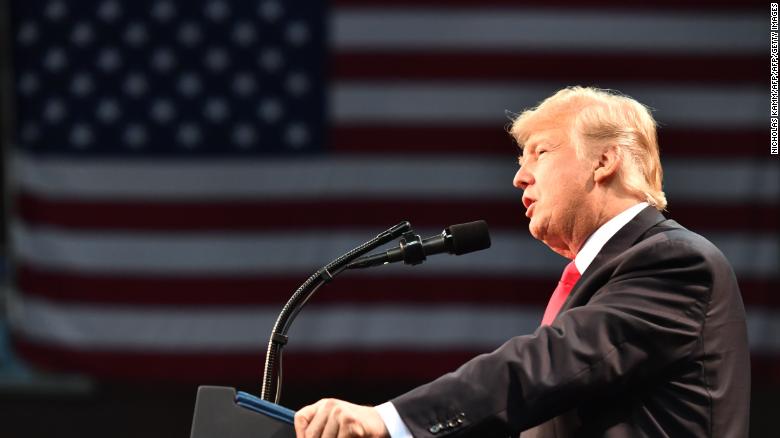 Washington (CNN)The US has announced that it will hold back more than half of the funding it provides for a UN agency that supports Palestinians, about two weeks after President Donald Trump threatened to pull funding for the group.

The decision drew condemnation from Palestinians, praise from Israel, and expressions of deep concern from UN officials and refugee groups worried about the humanitarian impact and particularly the potential for further destabilization of a region already reeling from conflict in Syria.

The US will withhold more than half its scheduled $125 million payment from the United Nations Relief Works Agency, which provides humanitarian aid, education, social services and medical care to Palestinian refugees in the West Bank, Gaza Strip, Jordan, Syria and Lebanon.

State Department spokeswoman Heather Nauert said the move had nothing to do with “punishing” the Palestinians for their refusal to enter into negotiations with Israel, or their decision to push for a UN vote that resulted in overwhelming international condemnation of the Trump administration’s decision to unilaterally recognize Jerusalem as Israel’s capital. 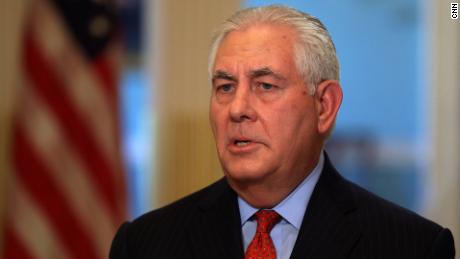 “This is not aimed at punishing anyone,” Nauert said Tuesday, as she outlined the US decision to release $60 million in funding for the agency, while indefinitely withholding another $65 million.

It’s not only Pakistan that we pay billions of dollars to for nothing, but also many other countries, and others. As an example, we pay the Palestinians HUNDRED OF MILLIONS OF DOLLARS a year and get no appreciation or respect. They don’t even want to negotiate a long overdue…

But in early January, about two weeks after the UN vote, Trump tweeted that, “we pay the Palestinians HUNDREDS OF MILLIONS OF DOLLARS a year and get no appreciation or respect.” He went on to say, “with the Palestinians no longer willing to talk peace,” he added, “why should we make any of these massive future payments to them?”

Nauert referred questions about the tweet to the White House, but others charged that the funding cut was clearly politically motivated.

“We hope that the US administration and Congress can cooperate in reversing this politically motivated cut in aid before its effects ripple through the Middle East,” said Jan Egeland, Secretary General of the Norwegian Refugee Council.

“The move will have devastating consequences for vulnerable Palestinian refugees across the Middle East, including hundreds of thousands of refugee children in the West Bank and Gaza, Lebanon, Jordan and Syria who depend on the agency for their education,” said Egeland, a former Norwegian foreign minister and former UN undersecretary general for humanitarian affairs and emergency relief coordinator. 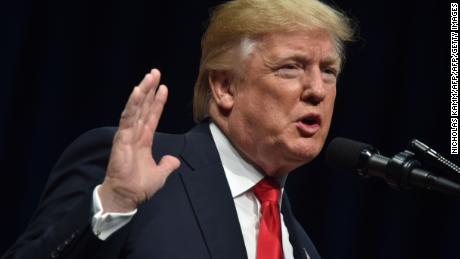 “It will also deny their parents a social safety net that helps them to survive, and undermine the UN agency’s ability to respond in the event of another flare up in the conflict,” Egeland said.

UN Secretary General Antonio Guterres said he was “very concerned” about the impact on the region.

“First of all, UNRWA is not a Palestinian institution, it is a UN institution,” he said at a UN press conference Tuesday.

The services UNRWA provides “are of extreme importance, not only for the well-being of this population, and there is a serious humanitarian concern here,” he said. “But also in my opinion and the opinion that is shared by most international observers, including some Israeli ones, it is an important factor of stability.”

Jordan and Lebanon are already under extreme strain from having to support refugees fleeing the Syrian conflict. If those countries also suddenly face the burden of having to deal with under- or unfunded schools, medical clinics and other services, “this will create a very, very serious problem,” Guterres said, “and we’ll do everything we can to avoid this situation to occur.”

A UN diplomat said “we consider these developments worrisome for obvious humanitarian reasons.”

“Didn’t end up being zero”

Nauert said concerns about regional stability were reflected in the decision to cut only a portion of the funding and not “zero” out the budget.

“A big part of the reason we didn’t, after a lot of interagency deliberations, is we thought this would have a big impact,” Nauert said. “We took those concerns into consideration … the number didn’t end up being zero.”

Nauert said the money was being withheld because the US would like to see reforms at UNRWA and added that Washington would also like to see other countries contribute more to the relief agency, which was founded in 1949 after the Arab-Israeli war, to deal specifically with Palestinian refugees.

The $65 million is “money that is being frozen at this time, it’s not being canceled, it’s just being held for future consideration,” Nauert said.

PLO Executive Committee member Hanan Ashrawi slammed the decision to withhold the funds, saying it targeted “the most vulnerable segment of the Palestinian people,” adding that it was “creating conditions that will generate further instability throughout the region.”

Likening it to Trump’s recognition of Jerusalem as the capital of Israel, she accused the US administration of “attempting to remove another permanent status issue off the table.”

Israel’s ambassador to the UN, Danny Danon, issued a statement praising the move.

“UNRWA has proven time and again to be an agency that misuses the humanitarian aid of the international community and instead supports anti-Israel propaganda, perpetuates the plight of Palestinian refugees and encourages hate,” Danon said.

He charged that UNRWA officials are part of Hamas leadership in the Gaza Strip and their schools denied the existence of Israel, among other things. “It is time for this absurdity to end and for humanitarian funds to be directed towards their intended purpose — the welfare of refugees,” Danon said.