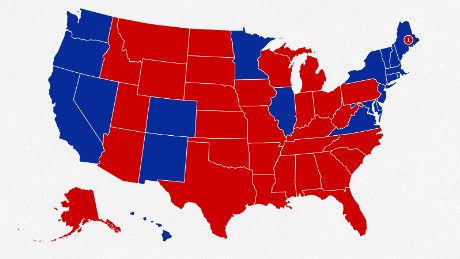 The 2016 election saw Donald Trump win a record number of counties, but Hillary Clinton run up her vote totals in urban areas.

(CNN)To understand two of the most volatile currents in modern politics, the best place to start is with a fundamental shift in the geography of economic opportunity.

Reversing the pervasive urban decline of 20th century’s final decades, opportunity is once again flowing into the urban cores of the nation’s largest metropolitan areas.

In metro areas from Seattle to Chicago to Washington, DC, new data show that per capita incomes, education levels and the young adult share of the population are rising rapidly in downtown urban centers that were left for dead 30 and 40 years ago. Simultaneously, in many of the same places, incomes, education levels and the age structure is failing to keep pace, or even deteriorating, in the small town and exurban communities at the metropolitan area’s periphery.

This widening geographic separation between town and country — reinforced by a strong urban tilt in such key measures as venture capital investment and new business formation — helps explain President Donald Trump’s overwhelming support in the smaller, mostly white communities that largely feel excluded from the economic recovery since 2009. But the urban economic renaissance also helps explain the rising racial tensions in many cities, as African-American and Hispanic communities worry about being not only left out, but also actively displaced, by the new growth.

A fascinating new analysis from the Demographics Research Group at the Weldon Cooper Center for Public Service in the University of Virginia quantifies a stunning demographic and economic transformation of the nation’s largest metropolitan areas over the past quarter century.

Using data from the 1990 Census, and the five-year 2011-2015 average from the Census Bureau’s American Community Survey, the analysis shows that many cities have been revived by an influx of well-educated, affluent, young people, even as communities further from the urban core have struggled to retain those same prized residents. In some places, the inner suburbs in between have also gained; in others they have lost ground. But the tilt in opportunity away from communities on the urban periphery to those at the city core is consistent through all regions.

The UVA data documents this shift by measuring the demographic and economic characteristics of people who live in the urban centers of 50 large metropolitan areas and up to 30 miles from them. In a series of interactive charts, it compares those profiles in both 1990 and today. That comparison produces a pattern reminiscent of what Ross Perot, the independent presidential candidate in 1992, once called “a giant sucking sound” — in this case center cities pulling away the most upwardly mobile people from smaller places. 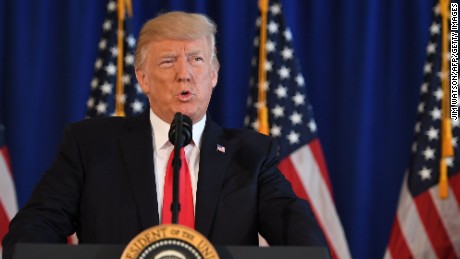 Since 1990, the overall number of college graduates in the nation has grown, but the gap between the share of them living in central cities and smaller places is widening.

In Chicago, the share of college graduates in the central city has increased since 1990 by 25 percentage points. That’s almost exactly double the increase (13 points) in communities at 30 miles. In Seattle, over the same period, the share of college graduates at center city has exploded by 26 percentage points (from 35% to 61%) while growing just six points (from 17% to 23%) 30 miles out. In Charlotte, the share of residents with a college degree in 1990 was 11 percentage points greater at the city center than at the 30-mile marker; now the difference is 41 points. In 1990, about 1 in 5 people at the city center in Phoenix held a college degree, roughly double the level in communities 30 miles away. Now nearly 3 in 5 center residents in Phoenix have a degree, well over triple the level at 30 miles.

In all, UVA calculated, the share of college graduates living at the city center of the nation’s 50 largest metropolitan areas soared by 23 percentage points (to just over half) since 1990, while increasing just 10 points (to slightly less than one-third) in communities 30 miles away. The gap between the two ends has widened from 8 percentage points in 1990 to 21 points now.

As with education, across the top 50 metros, the overall gap has substantially widened: per capita incomes since 1990 have increased just three percent in communities 30 miles out, while rising fully 45% at the city center.

Many of these cities have seen big changes as well in their age profiles. The share of residents aged 22-34 has increased since 1990, often dramatically, in such places as Denver, Seattle, Charlotte, Chicago and Pittsburgh, while declining in the communities on their periphery, UVA found.

Overall, across the top 50 metros, the share of people aged 22-34 in the city center has increased to one-third, roughly double the 1 in 6 for communities 30 miles out. In 1990, seniors comprised a larger share of the population in the top 50 city centers than they did at those places’ periphery; now seniors represent 1 in 5 residents at the edge and only 1 in 6 in the center.

Other economic measures point toward the same concentration of opportunity. The non-partisan Economic Innovation Group, which studies economic trends, has calculated that before the 2008 recession, the number of new businesses created exceeded the number that failed in 80% of American metropolitan areas. Now 60% of metro areas experience more business closings than openings and just five colossus communities (New York, Los Angeles, Houston, Dallas and Miami) account for half of all net business creation. Studies by the Brookings Institution’s Metropolitan Policy Program and urban theorist Richard Florida of the University of Toronto’s Martin Prosperity Institute have found that venture capital investment in new firms has grown similarly concentrated. (More than half of all venture capital investment in clean energy technologies flowed to just San Francisco, San Jose, Los Angeles and Boston, Brookings found.) Economist Jed Kolko recently calculated that Bureau of Labor Statistics projections through 2024 point to greater increases in jobs clustered in urban centers and inner suburbs than in lower density suburbs and rural areas.

Like a river cutting through rock, these shifting economic currents are helping to carve the nation’s stark new political alignment. Along with unease about demographic and cultural changes, the sense of falling behind economically helps explain Trump’s dominance of mid-sized and small town America: he carried more than 2,600 counties last fall, more than any candidate in either party since Ronald Reagan in 1984.

Conversely, the thriving economies, and increasingly youthful and well-educated profiles of the largest urban centers, help explain how Hillary Clinton carried 87 of the 100 largest counties by a combined margin of nearly 14.7 million votes, according to calculations by Pew Research Center senior writer Drew DeSilver (including Washington, DC, pushes the margin to nearly 15 million votes). Although few Democrats recognize it in their rhetoric or agenda, they are increasingly the party of the places in America that are succeeding the most in the globalized, post-industrial economy.

Yet in the local politics of those thriving places, this growth has been a much more equivocal force. In cities from Chicago to Charlotte, tensions over police treatment of African-Americans have been compounded by a recognition that the economic revival symbolized by downtown building booms is creating more opportunity for young college graduates from elsewhere than for the city’s own black or Hispanic young people.

In all of the nation’s fastest-growing cities, the share of working-age adults with a college degree is higher for people born outside of the state than inside. That influx of skilled new workers creates competitors not only for jobs, but also for housing, as gentrification increases pressure on business owners, renters and homeowners alike in previously moderate-income minority neighborhoods.

The frustrations of younger mostly minority communities inside growing cities, and the older, predominantly white communities at their periphery, are really two reflections of the same challenge: finding ways to more widely disperse opportunity beyond well-educated workers in a few highly networked urban centers of clustered talent. Trump has responded mostly by pointing blame at foreign trading competitors, immigrants and the political “elite,” while Democrats typically shake their fist at the rich and Wall Street. But both parties are still largely at square one of formulating an agenda that can plausibly channel more of the growth coursing through the biggest cities into the places it has bypassed — both nearby and far away.