By NICHOLAS CONFESSORE and DAISUKE WAKABAYASHI

All of these were recorded, posted or written by Americans. Yet all ended up becoming grist for a network of Facebook pages linked to a shadowy Russian company that has carried out propaganda campaigns for the Kremlin, and which is now believed to be at the center of a far-reaching Russian program to influence the 2016 presidential election.

A New York Times examination of hundreds of those posts shows that one of the most powerful weapons that Russian agents used to reshape American politics was the anger, passion and misinformation that real Americans were broadcasting across social media platforms.

The Russian pages — with names like “Being Patriotic,” “Secured Borders” and “Blacktivist” — cribbed complaints about federal agents from one conservative website, and a gauzy article about a veteran who became an entrepreneur from People magazine. They took descriptions and videos of police beatings from genuine YouTube and Facebook accounts and reposted them, sometimes lightly edited for maximum effect.

Other posts on the Russian pages used stilted language or phrases rarely found in American English. Yet their use of borrowed ideas and arguments from Americans, which were already resonating among conservatives and liberals, demonstrated a deft understanding of the political terrain. The Russians also paid Facebook to promote their posts in the feeds of American Facebook users, helping them test what content would circulate most widely, and among which audiences.

“This is cultural hacking,” said Jonathan Albright, research director at Columbia University’s Tow Center for Digital Journalism. “They are using systems that were already set up by these platforms to increase engagement. They’re feeding outrage — and it’s easy to do, because outrage and emotion is how people share.”

All of the pages were shut down by Facebook in recent weeks, as the company conducts an internal review of Russian penetration of its social network. But content and engagement metrics for hundreds of posts were captured by CrowdTangle, a common social analytics tool, and gathered by Mr. Albright. 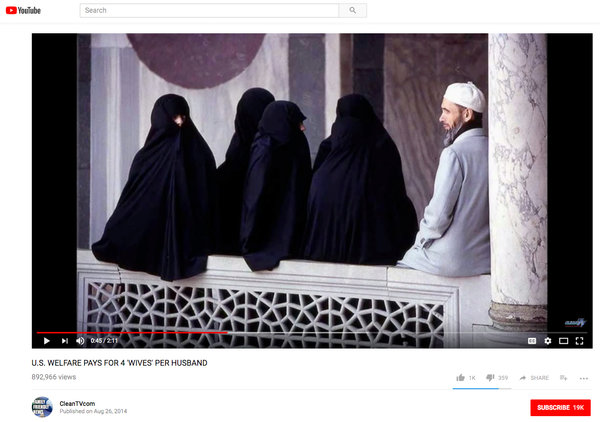 Videos made by an American YouTube channel called CleanTV.com were reposted by a Russia-linked Facebook page called Secured Borders.

One Russian Facebook page, the United Muslims of America, frequently posted content highlighting discrimination against Muslims. In June 2016, it posted a video originally made by Waqas Shah, 23, an online video creator from Staten Island. In the video, Mr. Shah dressed in a thobe, a traditional ankle-length gown worn by Arab men, walked through New York’s Union Square, where he is shoved and harassed by another actor pretending to be a bully to see how bystanders react.

The video ends with Mr. Shah pointing out New York’s hypocrisy: The city claims to be a “melting pot,” but no one intervened while he was getting harassed. Mr. Shah’s original video, posted on YouTube in June 2016, was a viral hit that attracted more than three million views. A week after he posted it, United Muslims of America copied the video to its group page without the original YouTube link, a process known as ripping. There, Mr. Shah’s video become the Russian page’s most popular post, earning more than 150,000 interactions.

Mr. Shah said when he noticed the ripped video, he wrote to the administrator of the United Muslims account, asking them to add the link to his original YouTube video. His main concern, Mr. Shah said, was that the page was stealing his views. Told that his video had been used by Russian accounts to sow division in the United States, Mr. Shah said there wasn’t anything he could do about it.

“There are always going to be people who manipulate things to their agenda,” he said.

When Being Patriotic posted a brief message last year rallying Americans against proposals to expand refugee settlements in the United States, it was liked, shared or otherwise engaged with by more than 750,000 Facebook users. Eventually, it came across the feed of Len Swanson, 64, a Republican activist from Houston and an avid Trump supporter.

Mr. Swanson, who frequently posts long commentaries on LinkedIn and Facebook, then used the message and photo to open one of his own posts, attacking Hillary Clinton and the Democrats. The message Mr. Swanson borrowed also appears on a conservative meme website, with a photo that at least one newspaper has credited to the United States Navy.

“I usually publish an article several times a week, to keep driving the narrative,” Mr. Swanson said in an interview. He was not bothered, he said, by becoming an unwitting cog in the Russian propaganda machine. “You know we do the same damn thing over there,” Mr. Swanson said. “What do you think — we’re saints?”

In early 2016, Being Patriotic copied and pasted a story from the conspiracy site InfoWars, saying that federal employees had taken “land from private property owners at pennies on the dollar.” The Russian page added some original text: “The nation can’t trust the federal government anymore. What a disgrace!”

A Russia-linked Facebook page, Being Patriotic, posted a version of a message rallying Americans against proposals to expand refugee settlements in the United States. The message was reposted by American Facebook users.

This past March, another of the Russian pages, Secured Borders, reposted a video that it attributed to Conservative Tribune, part of the conservative and pro-Trump sites run by Patrick Brown. The video, which falsely claims that Michigan allows Muslim immigrants to collect welfare checks and other benefits for four wives, originated on a YouTube channel called CleanTV. The Facebook post has been removed, but a version remains up on the meme site Me.Me.

Mr. Brown did not respond to an email seeking comment. But Gerald McGlothlin, the president of CleanTV — and a contributor to other sites run by Mr. Brown — confirmed in an email that his company had created the original YouTube video.

The Blacktivist Facebook page appears to have specialized in passionate denunciations of the criminal justice system and viral videos of police violence, many of them gathered from Facebook and YouTube. In May, Blacktivist also posted a message drawn from news stories about the death of Jayson Negron, a teenager in Bridgeport, Conn., during a confrontation with police. Such posts soon found an authentic audience: The Negron post was reposted by a verified Facebook account belonging to Black Lives Matter Chicago, according to a cached copy.

As lawmakers debate tighter regulation for companies like Facebook, the trail of Russian digital bread crumbs underscores how difficult it will be to purge social media networks of foreign influence, or even to hamper the covert propaganda campaigns carried out on social platforms by Russia, China and other countries.

Copying other people’s content without proper attribution can be a violation of the social networks’ rules. But the content itself — the videos, posts and Instagram memes borrowed and shared on the Russian pages — are not explicitly violent or discriminatory, so they do not violate the rules of those services. Instead, they are precisely the type of engaging content these platforms are hungry for.

The Russian campaign also appears to have been tailored to exploit the companies’ own strategies for keeping users engaged. Facebook, for example, pushed people to interact more in Groups like the ones set up by the Russians, where users can “share their common interests and express their opinion” around a common cause. LinkedIn, the professional social network owned by Microsoft, is geared toward encouraging users like Mr. Swanson to create articles and other content.

“The strategies are no mystery,” said Michael Strangelove, a lecturer on internet culture at the University of Ottawa. “Foreign powers are playing within the rules of the game that we wrote.” 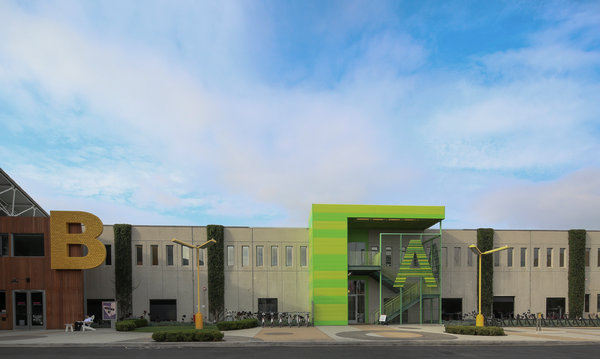 Facebook has now shuttered the pages linked to Russia. The social network, whose Los Angeles offices are shown here, is conducting an internal review.

“The challenges posed by the dissemination of fake news and other harmful content through technology platforms are serious,” said Nicole Leverich, a spokeswoman for LinkedIn. “We actively address suspected violations of LinkedIn’s terms of service such as harassment, fake profiles, and misinformation on our platform.”

The Russians appear to have insinuated themselves across American social media platforms and used the same promotional tools that people employ to share cat videos, airline complaints and personal rants. Many of the posts on Being Patriotic also match pre-made, shareable graphics on sites like ConservativeMemes.com, nestled alongside other conservative content made for sharing on social media.

Boosted by Russian accounts, the material was quickly picked up by other American users of Facebook, spreading the posts to an even bigger audience. The Russian presence appeared to be layered throughout different platforms: Some of the Facebook accounts, including Being Patriotic, had linked accounts on Instagram and Twitter, according to deleted content captured in Google’s cache.

The Russian accounts intermingle with real groups of Facebook or Twitter users — from white nationalists to Bernie Sanders supporters — and seek to manipulate and radicalize them, Mr. Kelly said.

The Russian-influenced networks frequently promote obscure conservative YouTube channels such as the Next News Network and the Trump Breaking News Network, driving up their views and advertising revenue. A video posted in February by a conservative internet radio host, who claimed that 30 politicians were about to be arrested in connection with the “Pizzagate” hoax, racked up more than 300,000 views on YouTube. Another YouTube video, claiming that Michelle Obama had 214 personal assistants and had purchased four yachts with taxpayer money, had close to a million views.

Rather than construct fake grass-roots support behind their ideas — the public relations strategy known as “Astroturfing” — the Russians sought to cultivate and influence real political movements, Mr. Kelly said.

“It isn’t Astroturfing — they’re throwing seeds and fertilizer onto social media,” said Mr. Kelly. “You want to grow it, and infiltrate it so you can shape it a little bit.”