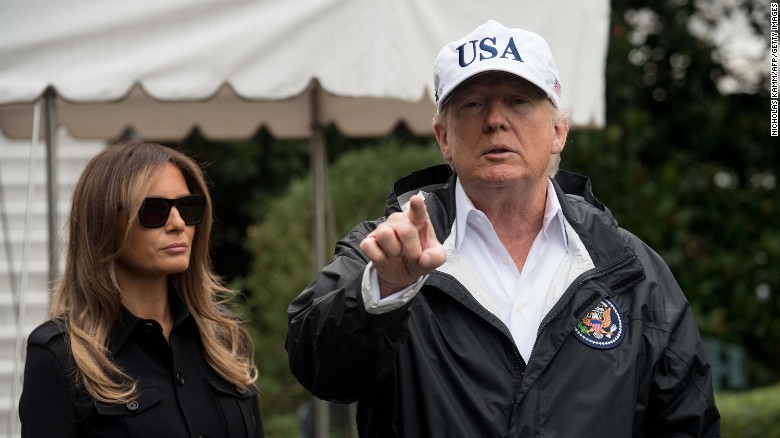 (CNN)Having failed to repeal Obamacare, President Donald Trump has said his strategy would be to let the health law “implode.”

The Congressional Budget Office released a report Thursday that predicts Trump administration policies on Obamacare could help it on its way by leading to rising premiums and decreased enrollment in individual insurance markets over the next year.

Without calling the administration by name, the report names several policies the White House is pushing when explaining why average Obamacare premiums will increase substantially in 2018.

Uncertainty about cost-sharing subsidies the government pays to insurance companies — which Trump has repeatedly said he may withhold — are mentioned by the CBO’s report as a significant driver of higher costs for the insured. The failure to promise these payments, along with reductions in advertising to inform people about the markets and employees who sign-up enrollees, can only “push enrollment down,” the report says.

For 2026, the agencies’ projection of the number of people obtaining subsidized coverage through the marketplaces is now 4 million smaller, and the projected number of uninsured people 3 million larger, than they were in CBO’s March 2016 baseline projections

Trump ramped up threats to end the subsidies after Republicans in the Senate failed to pass a measure to repeal the Affordable Care Act.

“If a new HealthCare Bill is not approved quickly, BAILOUTS For Insurance Companies and BAILOUTS for Members of Congress will end very soon!” he tweeted in July.

Insurers rely on the subsidies to lower the deductibles and co-pays of single enrollees who earn less than $30,000 a year and families of four making roughly $61,000. They are separate from the premium subsidies the government pays to lower premiums.

In the near-term, the uncertainty means more Americans under the age of 65 will not have insurance, according to the CBO.

Between 2017 and 2018, the number of uninsured people will rise by 2 million, according to the agencies’ projections, “mainly because premiums in the nongroup market are expected to be higher.” Premiums are expected to increase 15 percent.

Beyond 2018, the continued increase in the number of uninsured is explained by several factors: the expectation that fewer employers will offer insurance to employees, increased Medicaid eligibility and an overall lower enrollment rate.

While the premiums are expected to rise, there has been good news in terms of access to insurers.

In the last few months, dozens of counties — particularly in Nevada, Virginia and Ohio — have been at risk of not having an insurer participating in 2018. But other carriers have stepped in. Anthem announced Friday it will sell insurance plans in Virginia’s marketplaces, making plans available in what were the last counties without an insurer offering a plan.

In 2019, if there is more certainty about the law, average Obamacare premiums are expected to be lower than they are in 2018.