By JULIE TURKEWITZ and LISA FRIEDMAN

BEARS EARS NATIONAL MONUMENT, Utah — Parts of this sprawling region of red-rock canyons and at least three other national monuments would lose their strict protection and could be reopened for new mining or drilling under proposals submitted to President Trump by Interior Secretary Ryan Zinke on Thursday, according to congressional aides and others who have been briefed on the report.

Environmentalists, ranchers, tribal governments and Western lawmakers had been watching closely to see if Mr. Zinke would propose changing the borders of the 1.35-million-acre Bears Ears National Monument, which President Barack Obama established at the end of his term, and other scenic and historic areas under federal protection.

Shrinking the monuments would be widely seen as a direct blow to Mr. Obama’s environmental legacy, and would probably prompt the first major legal test of a century-old conservation law.

Mr. Zinke was believed to be leaning toward such a step. But when he submitted his recommendations on Thursday, he declined to announce specifically what he had proposed for Bears Ears or the other monuments under review. He referred to his recommendations only in general terms, saying they would “provide a much needed change for the local communities who border and rely on these lands.”

Graphic | 27 National Monuments Are Under Review. Here Are Five to Watch. No president has ever abolished a national monument designated by a predecessor. President Trump may try to change that.

The people briefed on the plans said that along with Bears Ears, Mr. Zinke had proposed reducing the size of Grand Staircase-Escalante National Monument, also in southern Utah, and two others.

A White House spokesman referred to Mr. Zinke’s submission as a draft and said Mr. Trump wanted more time to study it. Some issues need to be explored in greater detail, the spokesman said in a statement.

In April, Mr. Trump ordered a sweeping review of 27 national monuments that were designated or expanded in recent years under the Antiquities Act. The review included places like Organ Mountains-Desert Peaks in New Mexico, Mojave Trails in California, and Katahdin Woods and Waters in Maine. National monuments are typically protected from new development in much the same way the national parks are.

Native American tribes in the Southwest, who lobbied for years to get the Bears Ears region designated a national monument, are expected to fight any move to reduce its size. Charles Wilkinson, a professor of public land law and an adviser to the tribes, said such a decision would be “an attack on a significant part of the foundation of American conservation law.”

“We have our complaint already ready to file,” he added.

Outdoor recreation and environmental groups are also expected to fight to preserve the monuments at their present sizes.

Mr. Trump said in April that the goal of the review was to end “another egregious use of federal power” and give the states more say in how public lands are used.

Mike Noel, a Republican state representative in Utah, said that shrinking Bears Ears would be “a victory for our state.” Federal management of land in his state had constrained drilling, mining and grazing, he said, adding that Washington had no business setting aside so much land.

“When you turn the management over to the tree-huggers, the bird and bunny lovers and the rock lickers, you turn your heritage over,” Mr. Noel said.

Democratic lawmakers who oversee federal land management and whose districts include some of the monuments under review expressed dismay at the process and at Mr. Zinke’s decision not to make his recommendations public on Thursday.

“You would think that, being a member of Congress, that I would be able to get some details,” said Representative Ruben Kihuen, a Democrat whose Nevada district includes Gold Butte National Monument. “My constituents are asking what’s going to happen to these lands, and I can’t even go back and tell them. I’m frustrated, and my constituents are frustrated.” 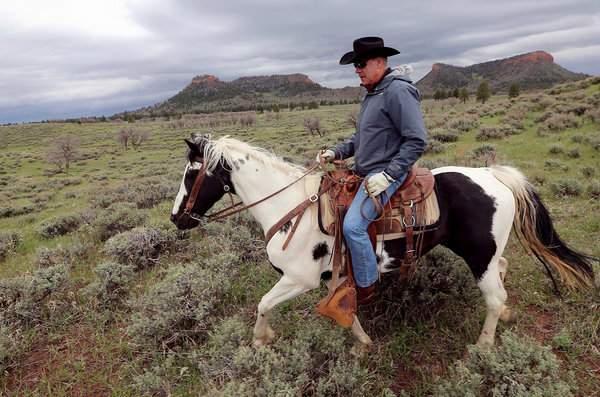 The vast majority of the territory that Mr. Trump targeted for review — about 553 million acres of land and sea in all — was set aside by Mr. Obama. But the review also included areas designated by Presidents George W. Bush and Bill Clinton.

The Antiquities Act, signed into law in 1906 by President Theodore Roosevelt, gives presidents the power to designate national monuments that safeguard “historic landmarks, historic and prehistoric structures and other objects of historic or scientific interest.” Sweeping landscapes like the Canyons of the Ancients in Colorado and ocean areas like the Mariana Trench in the Pacific have been protected under the law, along with sites like the Statue of Liberty.

Past presidents have altered the boundaries of national monuments, including about 19 occasions when acreage was removed from them, according to federal data.

Those reductions were often small, and were sometimes offset by enlargements elsewhere. The largest reduction by far came in 1915 when President Woodrow Wilson cut 313,280 acres from the monument in Washington State that later became Olympic National Park.

Scholars are divided over whether the Antiquities Act authorizes a president to do that. But none of the previous reductions were contested in court, Mr. Wilkinson said. 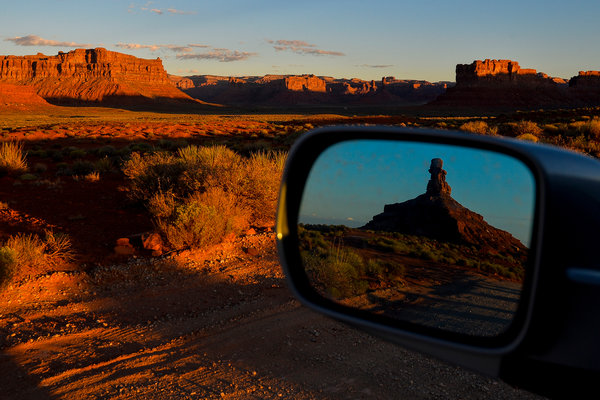 The rising sun lighting the cliffs and mesas of the Valley of the Gods.

Monument designations have been particularly contentious in Utah since 1996, when President Clinton made a surprise announcement that he was putting aside 1.9 million acres in the state for the Grand Staircase-Escalante National Monument. The designation halted a proposed coal project, the Smoky Hollow mine, that residents of Kane County, had been counting on to pump money and jobs into the region.

For some in southern Utah, it was a wound that never healed. Twenty years later, when Mr. Obama designated Bears Ears, the step divided the region.

Supporters of the monument, many of them Navajo, saw its creation as a victory for indigenous rights. (Bears Ears, named for two towering buttes, is just north of the Navajo reservation.)

But opponents, many of them descended from Mormon settlers, said it would strangle the region economically by barring future mining, and drilling on its land.

It is not clear that any mining or energy companies are eager to rush into Bears Ears. A study by the left-leaning Center for American Progress found that the land did not offer especially strong prospects for mineral resources — mostly uranium — or for oil or gas.

Video President Trump ordered a review in April that could open federally protected lands to mining, logging and drilling.

“The area has slightly above-average resource potential, but there are no signs that it’s a big play,” said Matt Lee-Ashley, a spokesman for the center.

The Antiquities Act limits monument designations to the “smallest area compatible with proper care and management of the objects to be protected,” a requirement that many conservative lawmakers have accused presidents of ignoring.

In his announcement on Thursday, Mr. Zinke said, “No president should use the authority under the Antiquities Act to restrict public access, prevent hunting and fishing, burden private land, or eliminate traditional land uses, unless such action is needed to protect” the monument.

During the review process, Mr. Zinke visited eight of the monuments on the list and met with local officials, business leaders and members of Native American tribes. He also opened an online forum for comments and received more than 2.8 million.

At the Twin Rocks Trading Post, a cafe beneath an outcrop of striated red rock at the edge of Bears Ears National Monument, Al Yazzie had a different perspective.

Mr. Yazzie, 63, a Navajo from the tribe’s Low Mountain chapter, said that the tribe worked to win protection for the region in order “to get out of the sheep corral that white people gave us, which is the Indian reservation.”

“It was always and has been a spiritual place,” he said about Bears Ears. “It’s the white people that came and tried to nullify that. And we had to fight to get it — to play the game the Western way, the government way, to have it reestablished as a national monument, as a sacred place for us. Now there is a stupid guy trying to take it away.”