The Scary Effects of Obamacare on Business Don’t Exist — Yet

UPS has announced that it is rolling back health care coverage for employees in light of the demands of Obamacare. As with most such stories about how various companies — Wegmans, Wendy’s, Hobby Lobby, Forever 21 — are coping with the law’s flaws, it’s far more complicated than it appears.

The New York Times reports on Thursday that UPS plans to curtail spousal coverage for employees whose spouses receive coverage at their own jobs — affecting 18,000 people in total. As the paper reports, the company “said its decision was prompted in part by ‘costs associated with’ the federal health care law that is commonly called Obamacare.” Conservative groups like the Heritage Foundation were quick to pick up on that claim.

But, as the story then continues, experts are skeptical. The company has been trying to roll back health care costs for a long time, including in contract negotiations with its union employees. “It’s clear that it’s a competitive industry, and they want to cut costs,” the Timesquotes a representative from the Kaiser Family Foundation saying. In other words: Obamacare offers cover that the legislation’s opponents are happy to provide.

A review of the other companies that have cited Obamacare as a rationale for coverage reductions or changes suggests that — while examples exist — many have been misrepresented or generalized.

Wegmans. In July, the supermarket chain announced plans to reduce coverage for part-time workers due to the Affordable Care Act. “Even though the new health care law is requiring some changes, we are not going to do anything that will hurt our employees,” the company said in a statement.

St. Petersburg College. NBC Newsreported that the small school in Florida will cut hours for employees to reduce costs in order to meet the mandates of Obamacare.

Fast-food franchise owners. That NBC News report echoes one from Yahoosuggesting that owners of fast food franchises (Subway and Wendy’s, respectively) plan to reduce hours to save costs in the face of the new legislation. Yahoo also points to astatement from John “Papa John” Schnatter indicating that the price of his chain’s pies would have to increase to meet the requirements of the law.

Companies not worried about Obamacare

Subway. Interestingly, the CEO of Subway told a trade publication not to ‘worry about’ the mandate. His argument, in short: the stores won’t lose any competitive advantage, since the law’s requirements are universal.

Forever 21. The clothing retailer is often cited as an example of the law’s negative effects on businesses. But as the Huffington Post reported, it denies that Obamacare is to blame for a roll-back of hours for employees. In a statement on Facebook, it explained that “Forever 21, like all retailers, staffs its stores based on projected store sales, completely independent of the Affordable Care Act.”

Companies worried about Obamacare, but not because of the coverage mandate

Hobby Lobby. The crafts chain was one of the first to push back against Obamacare — but because of its mandate that employers provide coverage for birth control. Last month, a judge granted the company an exemption from that requirement.

Jezebel.com outlined 17 other companies that echoed Hobby Lobby’s concern. Most are small or regional employers.

Broad categories that are theoretically opposed to Obamacare

Small businesses. A survey conducted by the Chamber of Commerce — a lobbying group that has adamantly opposed the bill — suggests that half of small businesses plan to reduce hours to meet the employer mandate. So far, this is speculative, though it’s important to note that this mandate was pushed out a year earlier this summer.

Medium- and large-sized businesses. A consulting firm surveyed larger businesses on the same question andgot the same answer — 40 percent of those companies surveyed expect to shift health care coverage in light of the Obamacare mandate. But nearly all of the companies will continue providing coverage, with four-fifths considering that benefit important.

Labor unions. Somewhat ironically in light of the UPS news are concerns from labor unions that implementation of Obamacare will weaken their negotiated benefits. Because the union plans aren’t open to everyone, participants can’t receive subsidies for participating.

Meaning that the UPS announcement is perhaps a perfect encapsulation of the president’s political bind. The company claims that it can’t keep its current level of coverage. The unions, which have fought UPS tooth-and-nail for years on healthcare coverage, claim the same thing. But on the whole, across the country, the effect of the legislation so far is almost non-existent. 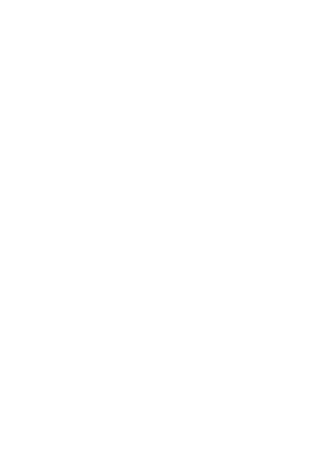