President Trump’s eldest son, Donald Trump Jr., was promised damaging information about Hillary Clinton before agreeing to meet with a Kremlin-connected Russian lawyer during the 2016 campaign, according to three advisers to the White House briefed on the meeting and two others with knowledge of it.

The meeting was also attended by his campaign chairman at the time, Paul J. Manafort, and his son-in-law, Jared Kushner. Mr. Manafort and Mr. Kushner recently disclosed the meeting, though not its content, in confidential government documents described to The New York Times.

The Times reported the existence of the meeting on Saturday. But in subsequent interviews, the advisers and others revealed the motivation behind it.

The meeting — at Trump Tower on June 9, 2016, two weeks after Donald J. Trump clinched the Republican nomination — points to the central question in federal investigations of the Kremlin’s meddling in the presidential election: whether the Trump campaign colluded with the Russians. The accounts of the meeting represent the first public indication that at least some in the campaign were willing to accept Russian help.

While President Trump has been dogged by revelations of undisclosed meetings between his associates and the Russians, the episode at Trump Tower is the first such confirmed private meeting involving his inner circle during the campaign — as well as the first one known to have included his eldest son. It came at an inflection point in the campaign, when Donald Trump Jr., who served as an adviser and a surrogate, was ascendant and Mr. Manafort was consolidating power.

It is unclear whether the Russian lawyer, Natalia Veselnitskaya, actually produced the promised compromising information about Mrs. Clinton. But the people interviewed by The Times about the meeting said the expectation was that she would do so.

When he was first asked about the meeting on Saturday, Donald Trump Jr. said that it was primarily about adoptions and mentioned nothing about Mrs. Clinton. 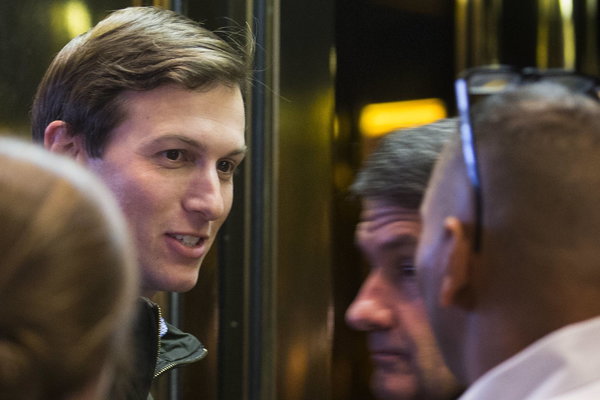 But on Sunday, presented with The Times’s findings, he offered a new account. In a statement, he said he had met with the Russian lawyer at the request of an acquaintance from the 2013 Miss Universe pageant, which his father took to Moscow. “After pleasantries were exchanged,” he said, “the woman stated that she had information that individuals connected to Russia were funding the Democratic National Committee and supporting Mrs. Clinton. Her statements were vague, ambiguous and made no sense. No details or supporting information was provided or even offered. It quickly became clear that she had no meaningful information.”

He said she then turned the conversation to adoption of Russian children and the Magnitsky Act, an American law that blacklists suspected Russian human rights abusers. The 2012 law so enraged President Vladimir V. Putin of Russia that he halted American adoptions of Russian children.

“It became clear to me that this was the true agenda all along and that the claims of potentially helpful information were a pretext for the meeting,” Mr. Trump said.

Two people briefed on the meeting said the intermediary was Rob Goldstone, a former British tabloid journalist and the president of a company called Oui 2 Entertainment who has worked with the Miss Universe pageant. He did not immediately respond to messages seeking comment.

Mark Corallo, a spokesman for the president’s lawyer, said on Sunday that “the president was not aware of and did not attend the meeting.”

Political campaigns collect opposition research from many quarters but rarely from sources linked to foreign governments.

American intelligence agencies have concluded that Russian hackers and propagandists worked to tip the election toward Donald J. Trump, in part by stealing and then providing to WikiLeaks internal Democratic Party and Clinton campaign emails that were embarrassing to Mrs. Clinton. WikiLeaks began releasing the material on July 22. 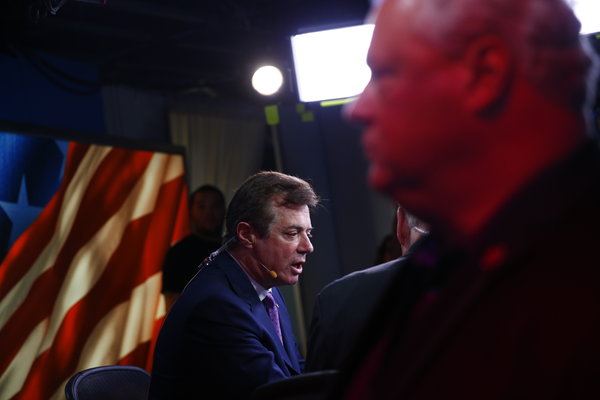 A special prosecutor and congressional committees are now investigating the Trump campaign’s possible collusion with the Russians. Mr. Trump has disputed that, but the investigation has cast a shadow over his administration.

Mr. Trump has also equivocated on whether the Russians were solely responsible for the hacking. On Sunday, two days after his first meeting as president with Mr. Putin, Mr. Trump said in a Twitter post: “I strongly pressed President Putin twice about Russian meddling in our election. He vehemently denied it. I’ve already given my opinion……”

On Sunday morning on Fox News, the White House chief of staff, Reince Priebus, described the Trump Tower meeting as a “big nothing burger.”

“Talking about issues of foreign policy, issues related to our place in the world, issues important to the American people is not unusual,” he said.

But Representative Adam B. Schiff of California, the leading Democrat on the House Intelligence Committee, one of the panels investigating Russian election interference, said he wanted to question “everyone that was at that meeting.”

“There’s no reason for this Russian government advocate to be meeting with Paul Manafort or with Mr. Kushner or the president’s son if it wasn’t about the campaign and Russia policy,” Mr. Schiff said after the initial Times report.

Ms. Veselnitskaya, the Russian lawyer invited to the Trump Tower meeting, is best known for mounting a multipronged attack against the Magnitsky Act.

The adoption impasse is a frequently used talking point for opponents of the act. Ms. Veselnitskaya’s campaign against the law has also included attempts to discredit the man after whom it was named, Sergei L. Magnitsky, a lawyer and auditor who died in 2009 in mysterious circumstances in a Russian prison after exposing one of the biggest corruption scandals during Mr. Putin’s rule.

Ms. Veselnitskaya’s clients include state-owned businesses and a senior government official’s son, whose company was under investigation in the United States at the time of the meeting. Her activities and associations had previously drawn the attention of the F.B.I., according to a former senior law enforcement official.

Ms. Veselnitskaya said in a statement on Saturday that “nothing at all about the presidential campaign” was discussed at the Trump Tower meeting. She recalled that after about 10 minutes, either Mr. Kushner or Mr. Manafort left the room.

The Trump Tower meeting was disclosed to government officials in recent weeks, when Mr. Kushner, who is also a senior White House aide, filed a revised version of a confidential form required to obtain a security clearance.

The Times reported in April that he had not disclosed any foreign contacts, including meetings with the Russian ambassador to the United States and the head of a Russian state bank. Failure to report such contacts can result in a loss of access to classified information and even, if information is knowingly falsified or concealed, in imprisonment.

Mr. Kushner’s advisers said at the time that the omissions were an error, and that he had immediately notified the F.B.I. that he would be revising the filing.

Mr. Manafort, the former campaign chairman, also recently disclosed the meeting, and Donald Trump Jr.’s role in organizing it, to congressional investigators who had questions about his foreign contacts, according to people familiar with the events. Neither Mr. Manafort nor Mr. Kushner was required to disclose the content of the meeting.

Since the president took office, Donald Trump Jr. and his brother Eric have assumed day-to-day control of their father’s real estate empire. Because he does not serve in the administration and does not have a security clearance, Donald Trump Jr. was not required to disclose his foreign contacts. Federal and congressional investigators have not publicly asked for any records that would require his disclosure of Russian contacts.

But in an interview with The Times in March, he denied participating in any campaign-related meetings with Russian nationals. “Did I meet with people that were Russian? I’m sure, I’m sure I did,” he said. “But none that were set up. None that I can think of at the moment. And certainly none that I was representing the campaign in any way.”

In addition to her campaign against the Magnitsky Act, Ms. Veselnitskaya represents powerful players in Russia. Among her clients is Denis Katsyv, the Russian owner of Prevezon Holdings, an investment company based in Cyprus. He is the son of Petr Katsyv, the vice president of the state-owned Russian Railways and a former deputy governor of the Moscow region. In a civil forfeiture case in New York, the Justice Department alleged that Prevezon had helped launder money linked to the $230 million corruption scheme exposed by Mr. Magnitsky by putting it in real estate and bank accounts. Prevezon recently settled the case for $6 million without admitting wrongdoing.

Ms. Veselnitskaya and her client also hired a team of political and legal operatives in the United States. The team included Rinat Akhmetshin, an émigré to the United States who once served as a Soviet military officer and who has been called a Russian political gun for hire. Fusion GPS, a consulting firm that produced an intelligence dossier that contained unverified allegations about Mr. Trump, was also hired to do research for Prevezon.

The F.B.I. began a counterintelligence investigation last year into Russian contacts with any Trump associates. Agents focused on Mr. Manafort and a pair of advisers, Carter Page and Roger J. Stone Jr.

Among those now under investigation is Michael T. Flynn, who was forced to resign as Mr. Trump’s national security adviser after it became known that he had falsely denied speaking to the Russian ambassador about sanctions imposed by the Obama administration over the election hacking.

Congress later learned that Mr. Flynn had been paid more than $65,000 by companies linked to Russia, and that he had failed to disclose those payments when he renewed his security clearance and underwent an additional background check to join the White House staff.

In May, the president fired the F.B.I. director, James B. Comey, who days later provided information about a meeting with Mr. Trump at the White House. According to Mr. Comey, the president asked him to end the bureau’s investigation into Mr. Flynn; Mr. Trump has repeatedly denied making such a request. Robert S. Mueller III, a former F.B.I. director, was then appointed as special counsel.

The status of Mr. Mueller’s investigation is not clear, but he has assembled a veteran team of prosecutors and agents to dig into any possible collusion.