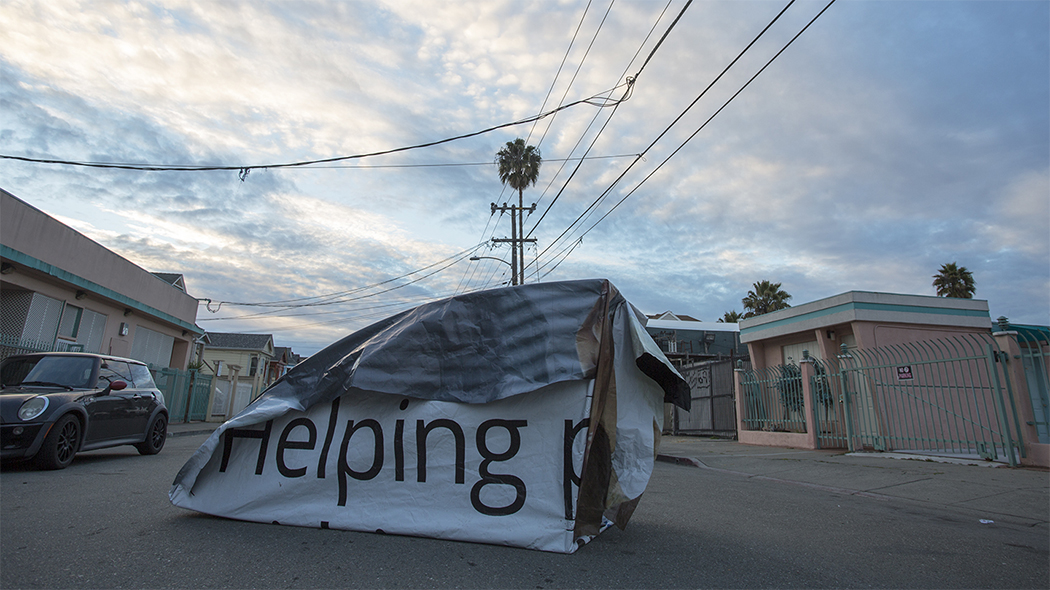 A tight-knit group of activists, filmmakers, and graffiti writers create shelters for the homeless in an innovative and reproducible way – direct action.

For years, the Bay Area graffiti writer PEMEX and fellow writer NEKO of Madrid, have painted corporate billboards in their respective countries. After the latest upsurge in the Oakland homeless population, they wanted to change tactics. Rather than use the massive billboard tarps to host their art, they cut them down and convert them into PVC framed shelters. 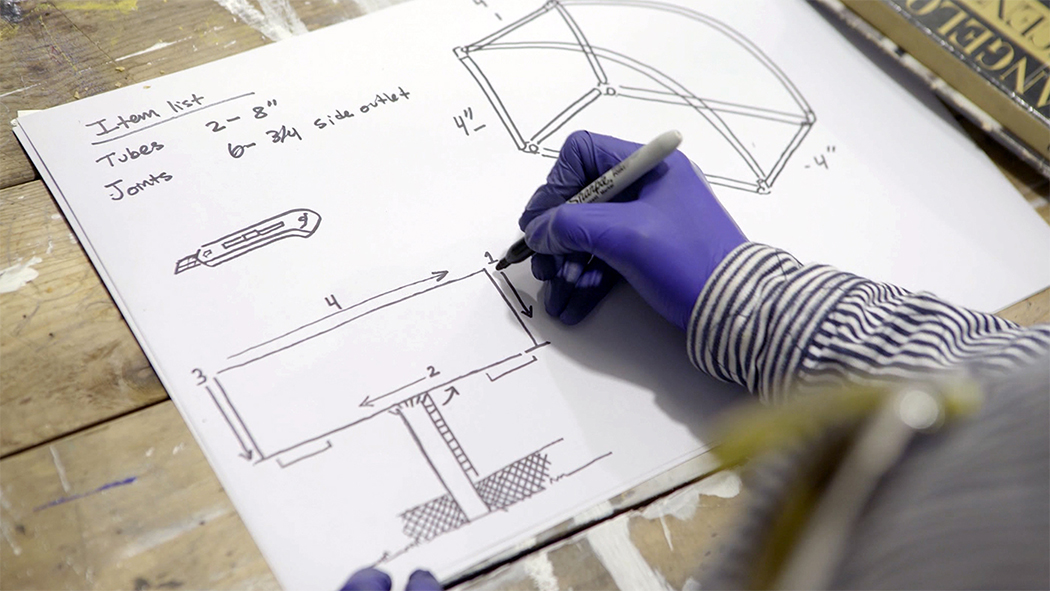 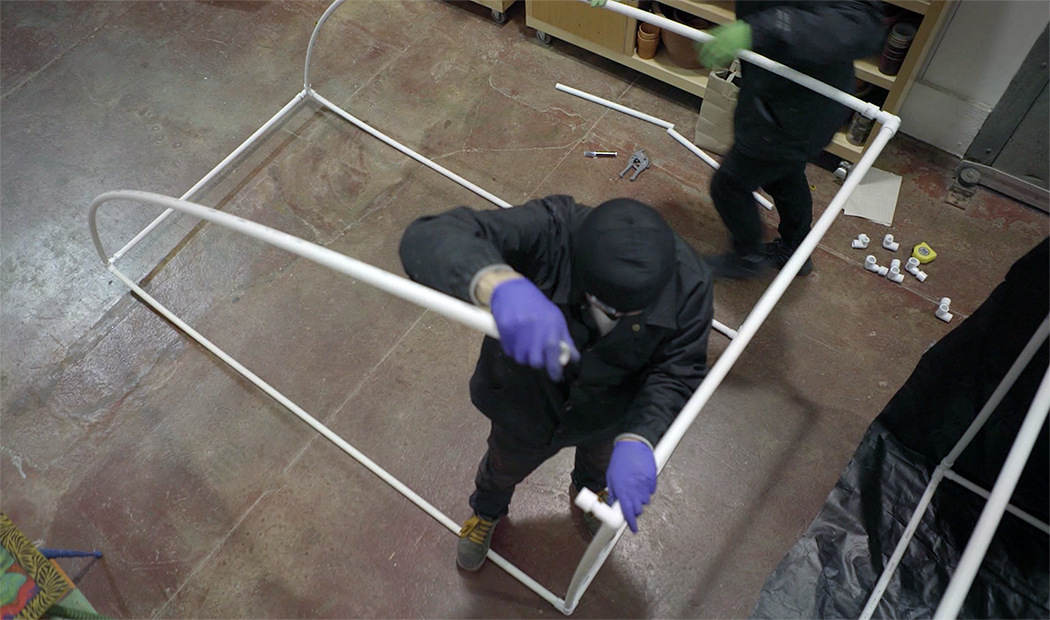 To help this idea grow, they started the collective group A House in Oakland, a fresh independent project engaged with the struggles of homelessness through direct action. Next, they recruited Sugarbombing, a street photographer and filmmaker who travels the world documenting graffiti. She produced a documentary on PEMEX early last year.

Together, they’re a tight-knit group of activists, filmmakers and graffiti artists creating shelters for the homeless in an innovative and reproducible way. 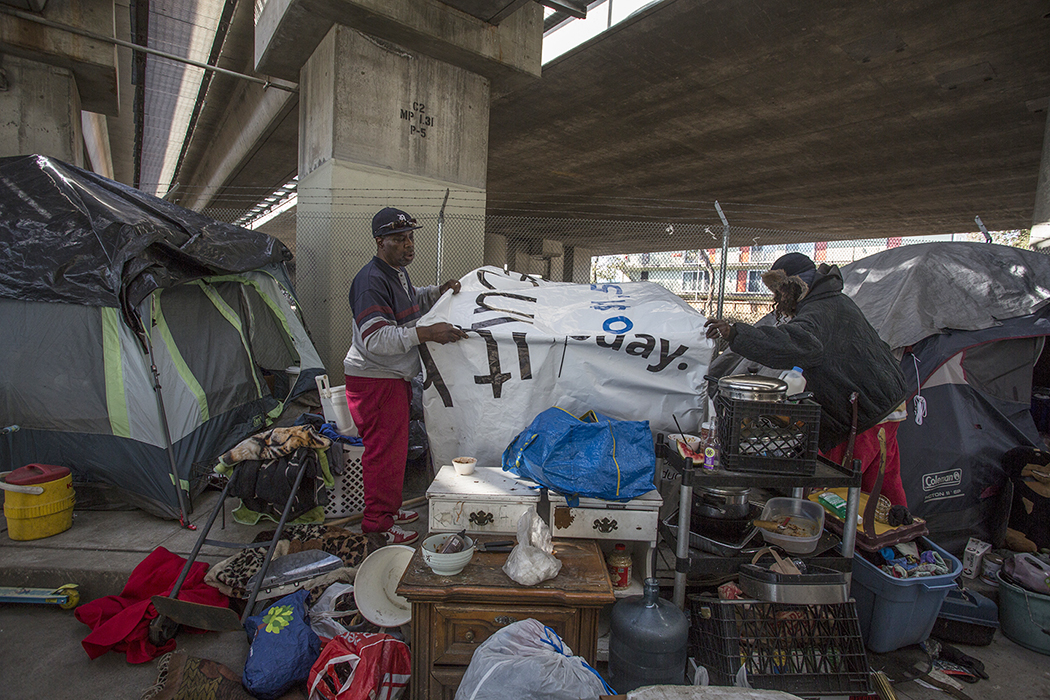 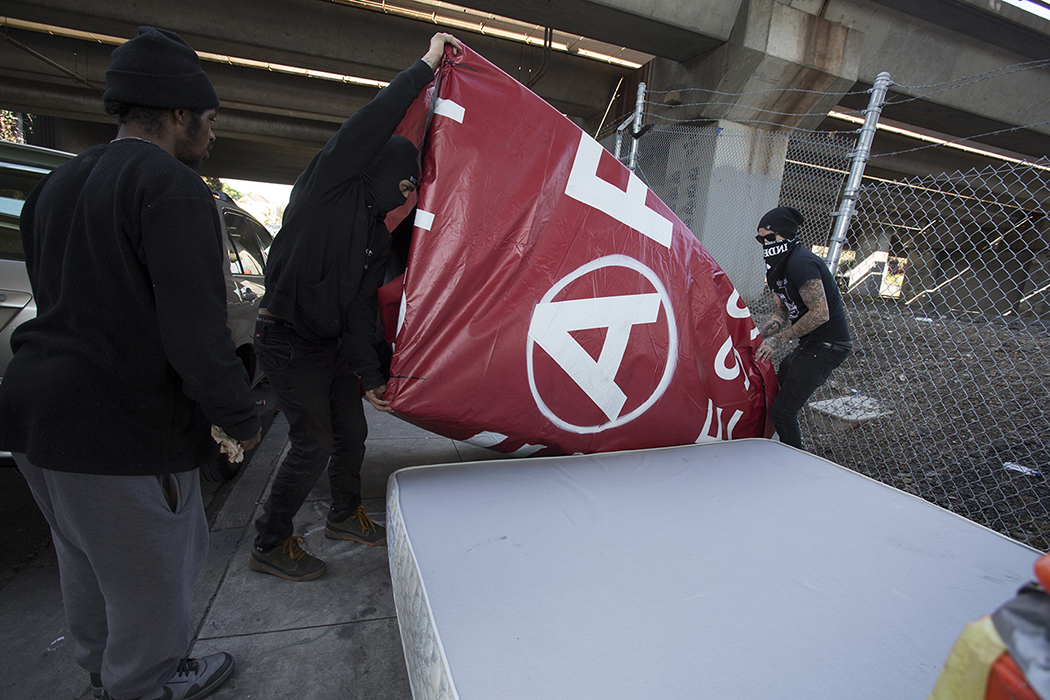 A House in Oakland from Indecline on Vimeo.