On Friday, Trump said the media “shouldn’t be allowed to use sources unless they use somebody’s name.” On Tuesday, he spoke as a “senior administration official” in stories. 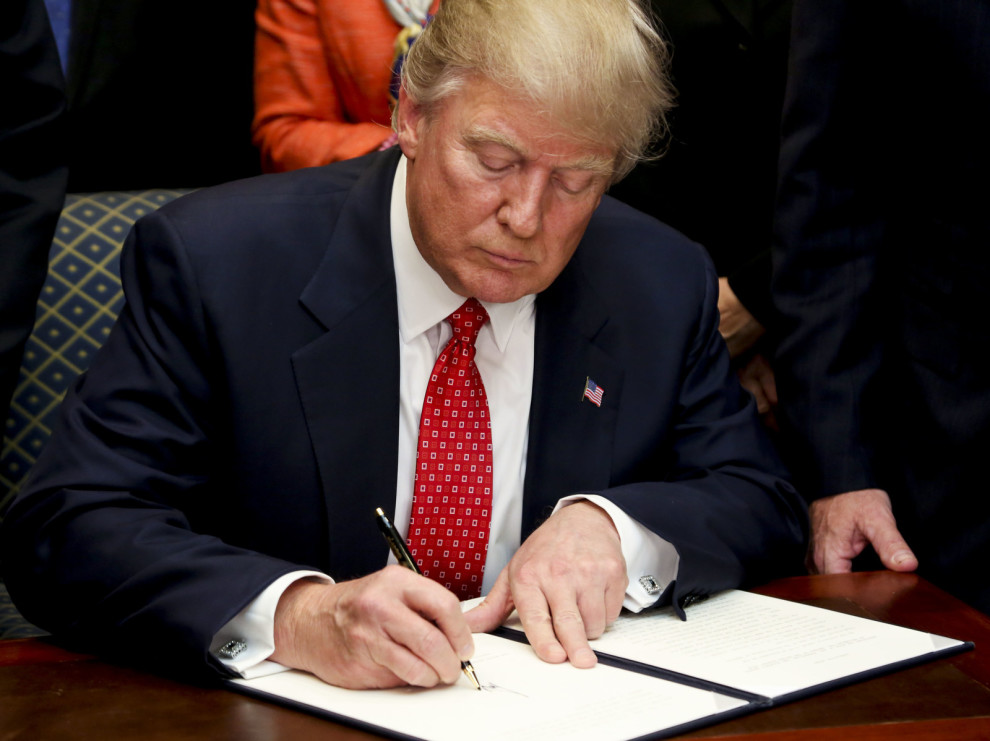 Donald Trump on Friday railed against the media’s use of anonymous sources in stories. Four days later, he was one.

In a private meeting with national news anchors ahead of his address to Congress Tuesday night, Trump went on background with reporters as a “senior administration official” to discuss issues like immigration, telling attendees that it was time for a legislative compromise from both parties.

“There’s got to be a coming together,” an “official” said, according to CNN. As BuzzFeed News reported, citing attendees at the meeting, Trump was the one to make that remark, among others attributed to the official.

Reporters were allowed to put some of Trump’s comments back on the record at 6 p.m., according to a person familiar with the terms of the meeting. CNN later updated its story, for instance, with a quote from Trump. “The time is right for an immigration bill as long as there is compromise on both sides,” he said.

Tuesday’s meeting comes during weeks of blistering media criticisms from Trump, who in a speech at CPAC on Friday said that some media outlets “make up sources” and have “very dishonest people.”

Trump took issue in particular with the use of anonymous sources in stories about the administration. “They shouldn’t be allowed to use sources unless they use somebody’s name. Let their name be put out there,” he said. “A source says that Donald Trump is a horrible, horrible human being — let them say it to my face. Let there be no more sources.”

These sorts of background meetings between reporters and administration officials — with various ground rules — are commonplace. Sometimes meetings are entirely off the record, meaning that reporters technically aren’t supposed to say they were there.

One attendee said the meeting was a welcomed break from tradition, granting reporters more access to the president ahead of the annual address than the last administration. “They have been completely off record before. The one on background and then some on record is new under Trump,” the attendee said.

The White House did not immediately return a request for comment.