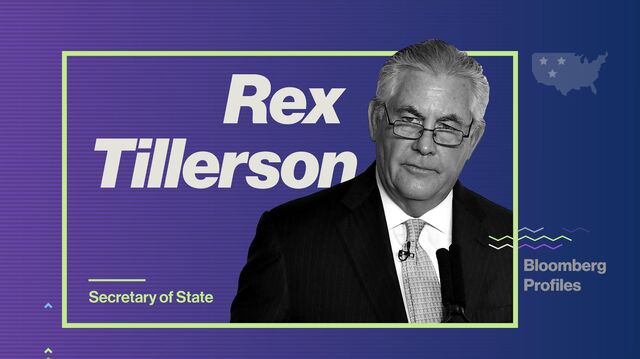 A wave of top U.S. State Department officials have resigned as President Donald Trump’s administration exerts control over the agency with an eye toward purging an old guard seen as representing the establishment he railed against during the campaign.

Among those who are leaving are Patrick Kennedy, the undersecretary for management, according to a State Department official who asked not to be identified because the resignations weren’t formally announced. Kennedy became embroiled in controversies surrounding the 2012 attack on a U.S. consulate in Libya and Democratic presidential contender Hillary Clinton’s use of a private e-mail server when she was secretary of state.

Others include Michele Bond and Joyce Barr, both of whom are assistant secretaries, as well as Lydia Muniz, the director of the bureau of Overseas Building Operations and Gregg Starr, the head of diplomatic security, the official said.

While those who are leaving are mostly career foreign service officers, they were in posts that require a presidential appointment and Senate confirmation. Acting State Department spokesman Mark Toner said a Trump administration request that politically appointed officers submit letters of resignation is “standard with every transition,” suggesting the changes weren’t unusual.

That view isn’t shared by other current and former officials.

“This is the opposite of what’s supposed to happen,” said Scott Mulhauser, former senior state department official who was chief of staff at Embassy in Beijing. “If new administrations felt compelled to shake things up, do it on policy, not on how you deliver the mail and keep the embassies safe.”

Current and former officials said even though offers of resignation are typical for transitions, it was jarring for the new administration to accept these resignations so quickly, particularly when replacements haven’t even been named.

At the same time, the Trump administration is eager to shake up the department’s bureaucracy and make a break with what the president sees as decades of failed foreign policy, according to a transition official who asked not to be identified.

That push has created tension between Trump’s team and the State Department. Several officers within the department have offered to stay on — sometimes with their bosses’ approval — only to be rebuffed by the incoming administration.

Though not yet confirmed by the Senate, Trump’s nominee for secretary of state, Rex Tillerson, has begun to exert control over the department. The State Department said he visited for briefings on Tuesday, and the transition official said Tillerson returned Wednesday to meet with new United Nations Ambassador Nikki Haley.