By Nathan Olivarez-Giles 5 Hours Ago 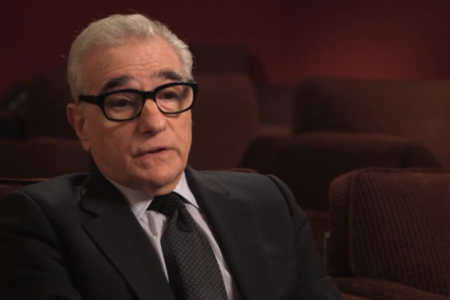 Martin Scorsese’s World Cinema Foundation (WCF) has been restoring rare films from around the globe since 2007. But while the foundation has saved 21 movies in that time, the product of its efforts haven’t been made available to the public until today. On Friday,Scorsese announced that eight of the foundation’s restorations are coming to the streaming-video service Hulu, by way of a partnership with the Criterion Collection. Like the WCF, Criterion is a group that collects and restores historic and influential films. But Criterion sells its collection on disc and online, and streams exclusively on Hulu. The first WCF movie to make to Hulu is The Housemaid from South Korea and it’s available for streaming now.

In the coming days, Criterion will add Senegal’s Touki Bouki, Turkey’s Law of the Border and Dry Summer, Morocco’s Trances, India and Bangladesh’s A River Called Titas, Kazakhstan’s Revenge, and Mexico’s Redesfrom the WCF’s vaults to Hulu. Through August 24, the eight films — which have never before been available for streaming in the US — can be seen for free with ads. After that, only paying Hulu Plus subscribers will be able to watch the WCF movies, and they’ll do so ad free. 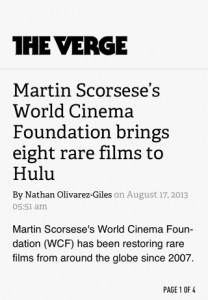