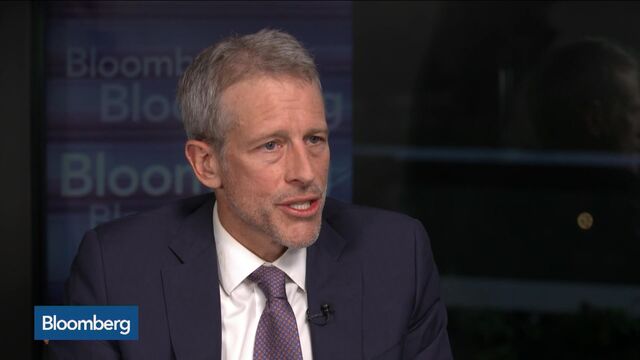 Prior to Nov. 8, analysts were issuing dire warnings about what could befall markets across the globe should Donald Trump pull off a surprise upset in the U.S. presidential election.

“A Trump victory could lower global GDP growth by around 0.7-0.8 percentage points, according to our estimates, pushing GDP growth easily below our benchmark for a global recession,” Citigroup Inc. Chief Economist Willem Buiter cautioned in August, using criteria of 2 percent global growth at market exchange rates to measure a contraction.“We would expect his position on trade-related issues to be a focus for financial markets if he were elected, given the president’s greater unilateral authority in that area. Heightened uncertainty could be a short-term negative for risk assets like equities,” Goldman Sachs Group Inc. analysts wrote in September. In our downside scenario, wrote analysts at London-based Fathom Consulting in an October note, “global trade falls sharply and a global recession looms.” Deutsche Bank AG Chief U.S. Equity Strategist David Bianco cautioned in September that for a slew of reasons, including the U.S. election, stocks were ripe for a drop of as much as 10 percent.

“Our economics team believes there could be a short-term boost to GDP growth from tax cuts, but expect stagflation to quickly set in as import prices rise and the immigrant labor force contracts. This would be negative for U.S. equities, particularly if countered by tighter Fed policy,” HSBC Group Inc. analyst said in October. “There are also significant – and arguably greater – implications for global equities given the potential for lower global growth, heightened protectionism and the return to currency wars.”Fast forward to three weeks after the election, and the U.S. stock market is continuing to hit record highs. And even while analysts are scrambling to decode the impact the President-elect’s campaign promises will have on their respective sectors, they’re assuming a vastly different tone.

While analysts “suggest that there is still uncertainty about the sector-level impact, the majority of sectors are anticipating favorable effects,” Goldman Sachs Group Inc. said in a note this week. “A change in the effective tax rate to 20 percent from the current 26 percent would boost our EPS forecast by 8 percent to $125,” the firm wrote just days after the election.

JPMorgan Chase & Co. analysts have also turned optimistic, calling for a rise of almost 10 percent in the S&P 500 by the end of 2017. “Equity upside will be closely linked to improving earnings delivery,” the analysts wrote. And “prospects of expansionary fiscal policies under a relatively easy monetary backdrop are likely to help support further re-rating of the equity multiple.”

Strategists at Societe Generale SA are also predicting stocks will soar next year. “After a flattish 2016, we expect global equities to deliver higher returns in 2017 thanks to stronger economic growth, higher inflation prints and more active shareholder policies.”

Deutsche Bank’s Bianco was also cautiously optimistic following the vote. While he didn’t discount the risks posed to American businesses by a rising U.S. dollar, potentially protectionist trade policies and the rise in Treasury yields, he said the immediate objects of investor focus should be lower taxes and the increase in bank profitability. There is a “much higher chance now of a long lasting economic expansion that rivals the 10-year U.S. record,” he said. “We’re more confident now that the S&P will reach 2,500 in 2018 before suffering its next bear market.”

It’s not just Wall Street that has changed its mind. Charles Schwab Corp. surveyed clients in October, and found 34 percent reporting that Trump would have a “major negative impact” on the U.S. economy in the short term, while only 14 percent felt that way about Hillary Clinton. Last week, however, consumer confidence surged and individuals said that they were more optimistic about their financial future.

Corporate executives have also changed their tune and are now salivating at the prospect of lower taxes and a potential tax holiday to repatriate cash held overseas.

It must be said that not everyone on Wall Street issued pessimistic Trump-victory scenarios leading up to the vote. Bank of America Merrill Lynch Head of Global Rates and Currencies Research David Woo told Bloomberg TV in September that “the U.S. economy would take off in a big way” if Trump was elected and Republicans controlled both legislative houses next year. His optimism was due in large part to the fiscal stimulus proposals the President-elect made while campaigning.