Time for a Realignment – NYTimes.com
http://mobile.nytimes.com/2016/09/09/opinion/time-for-a-realignment.html 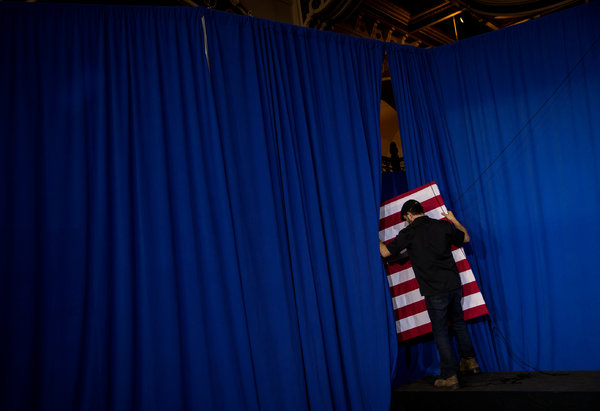 There’s a good chance many of you will be switching political parties over the next 15 years. You may be a corporate executive who’s voted rock-solid Republican for decades, but you may be a consistent Democrat by 2024. You may be an African-American community activist in Cleveland, but don’t be surprised if you someday call the Republican Party home.

The fact is that political parties can swap constituencies in unexpected and dramatic ways. Over American history there’s been a general pattern: a period of party stability; then some new issue comes to the fore that divides the country in new ways; old party coalitions fall apart and new ones emerge.

We seem to be at one of those transformational moments now. Something bigger is afoot this year than the relative deficiencies of Trump and Clinton.

In the first place, many of the existing partisan mentalities are dying out. This is the last presidential election in which two baby boomers will be running against each other. In the years ahead, politics will no longer be defined by the hidden animosities of the Vietnam era, by the sexual revolution/culture war issues of the 1970s.

Future candidates will not be nostalgic for some white America of ancient memory or the union-heavy labor markets of the 1950s. They’re not going to be fired up by the “paradise lost” hot buttons that excite the old guys who watch Fox News.

Politics is catching up to social reality. The crucial social divide today is between those who feel the core trends of the global, information-age economy as tailwinds at their backs and those who feel them as headwinds in their face.

That is to say, the most important social divide today is between a well-educated America that is marked by economic openness, traditional family structures, high social capital and high trust in institutions, and a less-educated America that is marked by economic insecurity, anarchic family structures, fraying community bonds and a pervasive sense of betrayal and distrust.

These two groups live in entirely different universes. Right now each party has a foot in each universe, but those coalitions won’t last. Before too long the politics will break down into openness versus closedness, dynamism versus stability, what Ronald Brownstein of The Atlantic described in 2012 as the Coalition of Transformation versus the Coalition of Restoration.

The Republican Party is now a coalition of globalization-loving business executives and globalization-hating white workers. That’s untenable. At its molten core, the Republican Party has become the party of the dispossessed, not the party of cosmopolitan business. The blunderers at the Chamber of Commerce and the Business Roundtable bet all their chips on the G.O.P. at the exact instant it stopped being their party.

Now imagine a Republican Party after Donald Trump, led by a younger candidate without his bigotry and culture war tropes. That party will begin to attract disaffected Sanders people who detest the Trans-Pacific Partnership and possibly some minority voters highly suspicious of the political elite.

The Democratic Party is currently a coalition of the upscale urban professionals who make up the ruling class and less-affluent members of minorities who feel betrayed by it. That’s untenable, too. At its molten core the Democratic Party is the party of the coastal professional class, the 2016 presidential ticket of Yale Law and Harvard Law. It’s possible that this year the Democrats will carry every state that touches ocean.

Just as the Trump G.O.P. is crushing the Chamber G.O.P., the Clinton Democrats will eventually repel the Sanders Democrats. Their economic interests are just different. Moreover, their levels of social trust are vastly different.

We don’t normally think that politics is divided along trust lines. But this year we’re seeing huge chasms depending upon how much trust you feel toward your neighbors and your national institutions. Disaffected low-trust millennials see things differently than the Hollywood, tech, media and academic professionals who actually run the party.

This sort of divide is being replicated all around the world. The distinctly American feature is race. If the Republicans can drop the racial wedges — which admittedly may be a big ask — and become more the party designed to succor those who are disaffected from the globalizing information age, then it might win over some minority voters, and the existing party alignments will unravel in short order.

Polls suggest Democrats will win among college-educated voters and Republicans among whites without college degrees. The social, mental and emotional gap between those two groups is getting wider and wider. That’s the future of American politics. Republicans are town. Democrats are gown. Could get ugly.