The Louisiana Flood of 2016 was triggered by a complicated, slow-moving low-pressure weather system that dumped as much as two feet of rain on parts of East Baton Rouge, Livingston and St. Helena parishes in 48 hours. The record two-day rainfall in those areas had a 0.1 percent chance of occurring in any year, the equivalent of a “1,000-year rain”, according to the Lower Mississippi River Forecast Center, based at the Slidell office of the National Weather Service.

The flood’s atmospheric origins can be traced to a mid-level low pressure system and a weak, surface-level low that got their start over the Big Bend region of the Florida Gulf Coast on Aug. 5. That’s when the National Hurricane Center warned that storminess over Florida might drop into the Gulf of Mexico and form a tropical depression. 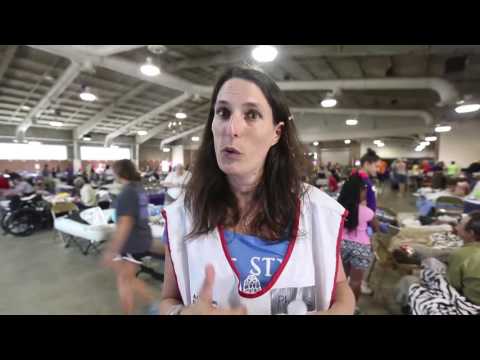 Instead, the storminess hugged the northern Gulf Coast and never took on the characteristics of a tropical cyclone, said James Franklin, chief of forecast operations at the National Hurricane Center. “It was an area of low pressure, but it didn’t meet the criteria that the Weather Service has for it to be considered a tropical cyclone, so it was just a low pressure area,” Franklin said Monday (Aug. 15). Missing were key cyclone characteristics: a central core warmer than the outer edges and a closed, central circulation of surface winds around a well-organized center.

“Where this one fell short was it didn’t originate over tropical to subtropical waters,” he said. “Where it looked closest to being a tropical depression, on Friday, the center was well inland. So whatever processes were occurring were not operating from the extraction of heat energy from the ocean, which is the driving process of a cyclone.”

As the storm moved west and slightly north along the coast, it remained embedded in maritime tropical moisture, said Louisiana state climatologist Barry Keim. That made it into a tropical disturbance minus the low-level wind pattern, Keim said.

“What was critical for me was its very slow forward speed,” said Frank Revitte, warning coordination meteorologist with the Slidell office of the National Weather Service office. “It just didn’t move a lot.”

But while the low was not moving, individual thunderstorms kept forming on its south and southwest side and drifted through the Baton Rouge area — over and over again on Thursday, Friday and Saturday. Heavy rains also were falling in waves across the south central and southwest Louisiana coast, causing flooding there, too.

“The moisture content of the atmosphere was at record levels because it had tapped into this deep tropical moisture,” Revitte said.

The greatest rain volumes for the three-day period ending Sunday at 7 a.m. were recorded at White Bayou in Zachary, more than 26 inches, and in Livingston, more than 25 1/2 inches. Other stations with more than 20 inches were Norwood, at the Comite River near Baker and on Hooper Road northeast of Baton Rouge.

“The intense rainfall rates were probably well in excess of 3 inches an hour for some spots Thursday night and Friday morning, and that overwhelmed local drainage, causing flash flooding,” Revitte said. “Then all that water has to flow into larger rivers — the Amite, Comite, and Tangipahoa — and that flows down to lakes Pontchartrain and Maurepas, and to the Pearl River for the Bogue Chitto.”

By Monday, that flow of water Louisiana was backing up into smaller tributaries at larger rivers’ southern end, causing even more widspread flooding, he said. “All that water has to flow down. The initial effect is the flash flooding on small streams, bayous, creeks and even neighborhoods, where they can’t handle the intense rainfall,” Revitte said.

The Amite River, the biggest remaining hotspot, drains the lower part of East Baton Rouge and Livingston parishes into a flat coastal plain along lakes Maurepas and Pontchartrain. Much of the water was backing up into smaller bayous that normally flow into the lower Amite. 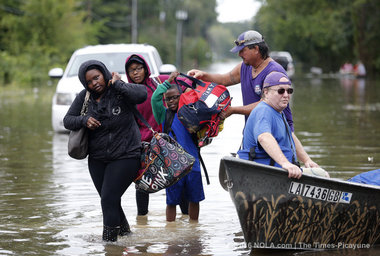 Keim thinks many people living in the worst flooded areas were caught off guard because they stopped paying attention when the storm moved onto the coast and was no longer a threat of becoming a tropical cyclone. He said National Weather Service forecasters were quick and accurate in estimating both intense and record rainfall and river and stream flood stages that were rising to record levels, but many residents had never experienced the effects of such a fast accumulation of rain and river water in their own neighborhoods.

To the west of Baton Rouge, meteorologists with the Lake Charles office of the National Weather Service were waiting for the storm to move into their area. “It’s like watching a slow train wreck, seeing what’s going on upstream as it came toward us, said warning coordination meteorologist Roger Erickson.

“The bull’s eye we had in our area had anywhere from 15 to 25 inches of rain, with isolated spots even higher than that,” he said, including Lafayette and New Iberia. Still, in that area, the rainfall levels were at only about 1 percent exceedance levels, the equivalent of a 100-year rain. But the rain still filled rivers to record or near record levels, he said.

Erickson compared the effects of the 2016 storm to the unnamed hurricane of 1940, which dumped 19 to 34 inches of rain on a wide swath of Acadiana from Morgan City to Lafayette to Crowley between Aug. 6 and Aug. 10. That storm caused damage totaling $9 million ($154.9 million today) and claimed six lives.

The Slidell-based meteorologists are comparing the 2016 flood with the May 8-10, 1995, rain-driven flood in the New Orleans area, though the two events differ dramatically in causes. 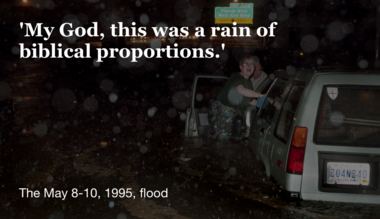 In 1995, the cause was a cold front that stalled over New Orleans, drawing tropical moisture from the Gulf and triggering multiple repeat thunderstorms that dumped a foot of rain over the area on the night of May 8. That event lasted 40 hours, damaged 44,500 homes and businesses and caused $3.1 billion in insurance claims in 11 Louisiana parishes and Mississippi counties. Seven people died.

Scott Lincoln, senior hydrologist at the river forecast center, said the National Weather Service does not refer to rainfall totals as 1,000-year or 500-year or 100-year events, in part because of the difficulty of communicating the risk of such events to the public. Forecasters use the percentages instead, “to avoid confusion such as ‘I just had a X-year event X years ago. How can this be a X-year event?'” he said.

Lincoln said the percentages associated with this year’s storm are still preliminary and are based on rainfall estimates using a combination of radar, rain gauges and human quality control. “We are still working on obtaining some gauge data, and if additional data becomes available the map may need to be updated,” he said. And he warned that there’s also uncertainty in the frequency analysis values, “especially as the rarity of the event increases.”

“Even with that said, we had a couple values in the hardest hit area northeast of Baton Rouge … that were at the upper end of that uncertainty range, which increases our confidence.” 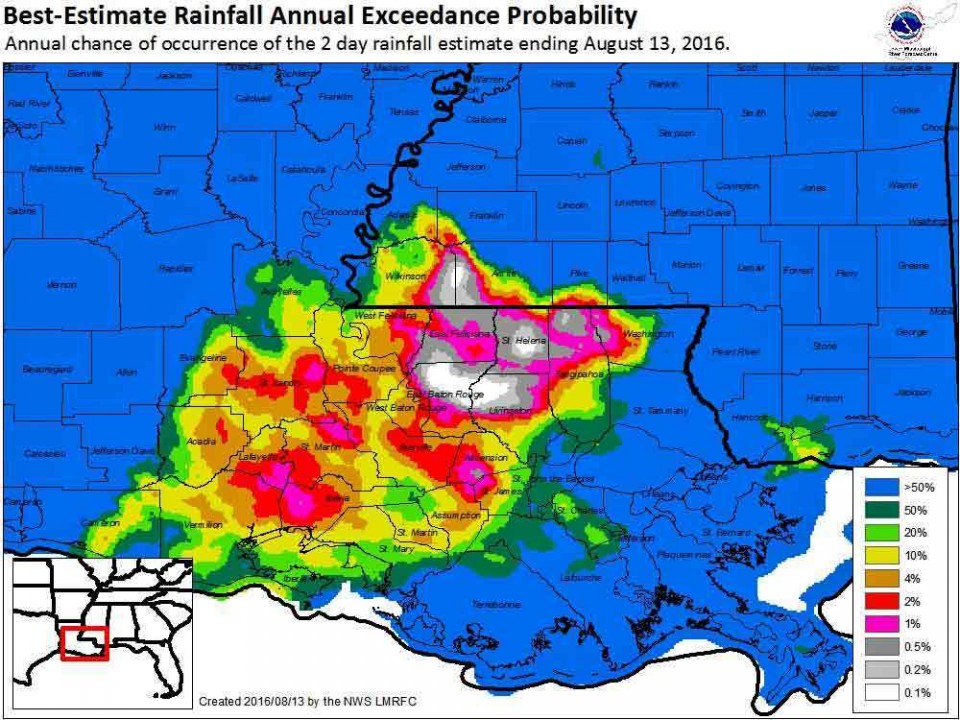