Are You Successful? If So, You’ve Already Won the Lottery – NYTimes.com
http://mobile.nytimes.com/2016/05/22/upshot/are-you-successful-if-so-youve-already-won-the-lottery.html 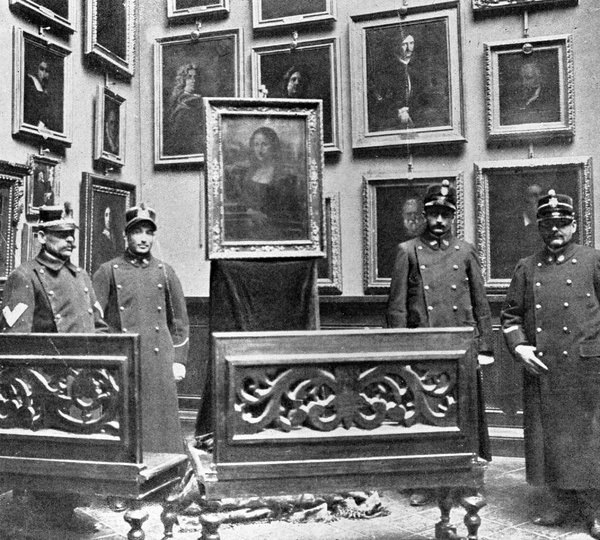 Chance events play a much larger role in life than many people once imagined.

Most of us have no difficulty recognizing luck when it’s on conspicuous display, as when someone wins the lottery. But randomness often plays out in subtle ways, and it’s easy to construct narratives that portray success as having been inevitable. Those stories are almost invariably misleading, however, a simple fact that has surprising implications for public policy.

Consider the history of the Mona Lisa, perhaps the most famous painting in the world. After having languished in obscurity for most of its early existence, Leonardo da Vinci’s work was pushed into the spotlight in 1911 when it was stolen from the Louvre.

The widely publicized theft remained unsolved for two years until Vincenzo Peruggia, an Italian maintenance worker at the Louvre, was apprehended after trying to sell the painting to the Uffizi Gallery in Florence, Italy. His arrest provoked a second wave of publicity, with images of the Mona Lisa splashed around the world.

In the years since, the painting has come to represent Western culture itself. Yet had it never been stolen, most of us would know no more about it than we do of the two obscure Leonardo da Vinci canvases from the same period that hang in an adjacent gallery at the Louvre. Like Kim Kardashian, apparently, the Mona Lisa is famous largely for being famous.

As in the art world, so too in the world of work. Almost every career trajectory entails a complex sequence of steps, each of which depends on those preceding it. If any of those earlier steps had been different, the entire trajectory would almost surely have been different, too.

Inevitably, some of those initial steps will have been influenced by seemingly trivial random events. So it is reasonable to conclude that virtually all successful careers entail at least a modicum of luck.

One’s date of birth can matter enormously, for example. According to a 2008 study, most children born in the summer tend to be among the youngest members of their class at school, which appears to explain why they are significantly less likely to hold leadership positions during high school and thus, another study indicates, less likely to land premium jobs later in life. Similarly, according to research published in the journal Economics Letters in 2012, the number of American chief executives who were born in June and July is almost one-third lower than would be expected on the basis of chance alone.

Even the first letter of a person’s last name can explain significant achievement gaps. Assistant professors in the 10 top-ranked American economics departments, for instance, were more likely to be promoted to tenure the earlier the first letter of their last names fell in the alphabet, a 2006 study found. Researchers attributed this to the custom in economics of listing co-authors’ names alphabetically on papers, noting that no similar effect existed for professors in psychology, whose names are not listed alphabetically.

To acknowledge the importance of random events is not to suggest that success is independent of talent and effort. In highly competitive arenas, those who do well are almost always extremely talented and hard-working. As Charlie Munger, the vice chairman of Warren E. Buffett’s holding company, Berkshire Hathaway, has said, “The safest way to get what you want is to try and deserve what you want.”

Perhaps the most useful advice for someone who aspires to material success is to develop expertise at a task that others value. Such expertise comes not from luck but from thousands of hours of assiduous effort.

But talent and effort are not enough. Luck also matters. Even the most able, industrious people in South Sudan have little chance at success. Success is not guaranteed for deserving people in wealthy countries with highly developed legal and educational institutions and other infrastructure, but it’s substantially more likely.

Being born in a good environment is one of the few dimensions of luck we can control — that is, at least we can decide how lucky our children will be. But as a nation, we’ve been doing a bad job of it for at least a generation. The luckiest are getting luckier even as their numbers shrink. The unlucky population is growing, and its luck is getting worse.

These changes have stemmed in part from sharply diminished public support for education. According to a 2015 report by the nonpartisan Center for Budget and Policy Priorities, for example, state spending per student averaged about 20 percent less in 2014-15 than in the 2007-8 school year. More than 70 percent of students who graduated from four-year colleges in 2015 had student loans that averaged $35,000.

It’s no surprise, then, that access to the benefits of a college degree continues to depend heavily on family income. According to a study from the Alliance for Higher Education and Democracy, at the University of Pennsylvania, and the Pell Institute for the Study of Opportunity in Higher Education, 77 percent of offspring of families in the top income quartile had earned college degrees by age 24 in 2013, compared with only 9 percent of those from bottom-quartile families. More troubling, the disparity persists even when controlling for precollege academic aptitude scores.

The human tendency to underestimate luck’s role has contributed to this troubling state of affairs by reducing the electorate’s willingness to support the public investments that make economic success possible. But the taxes people want to avoid need not be personally painful.

Evidence from the social sciences demonstrates that beyond a certain income threshold, people’s sense of well-being depends much more on their relative purchasing power than on how much they spend in absolute terms. If top tax rates were a little higher, all homes would be a little smaller, all cars a little less expensive, all diamonds a little more modest and all celebrations a little less costly. The standards that define “special” would adjust accordingly, leaving most successful people quite satisfied.

Happily, there is a simple remedy: Merely prompting people to reflect on their good fortune tends to make them more willing to contribute to the common good, according to a 2010 study published in the journal Emotion. So try to engage your successful friends in discussions about their experiences with luck. In the process, you may increase their willingness to support the kinds of public investments that will enhance the next generation’s odds of success. And you will almost surely hear some interesting stories.