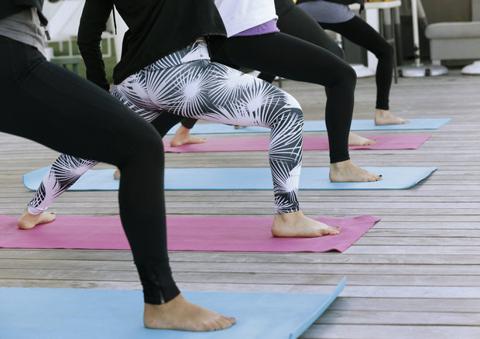 Only 2.7 percent of adults nationwide have all four basic healthy characteristics, a new study found.

The report, completed by researchers at Oregon State University and other universities, examined if adults were successful in four areas that fit typical advice for a “healthy lifestyle”– moderate exercise, a good diet, not smoking and having a recommended body fat percentage. Fulfilling those characteristics reflects a lower risk of cardiovascular disease, cancer, type 2 diabetes and other health problems, according to a news release from Oregon State.

The study looked at 4,745 people from the National Health and Nutrition Examination Survey. Researchers used an accelerometer device to gauge movement with a target of 150 minutes of moderate-to-vigorous activity each week. Blood samples confirmed if a person was a non-smoker and body fat was measured using x-ray technology. Diet was defined as being within the top 40 percent of people who consumed foods suggested by the United States Department of Agriculture.

“The behavior standards we were measuring for were pretty reasonable,” Ellen Smit, study senior author and an associate professor in the OSU College of Public Health and Human Sciences, said in a statement. “We weren’t looking for marathon runners. This is pretty low, to have so few people maintaining what we would consider a healthy lifestyle. This is sort of mind boggling.”

Other findings from the study included:

The study was published in the Mayo Clinic Proceedings. Read more about it here.