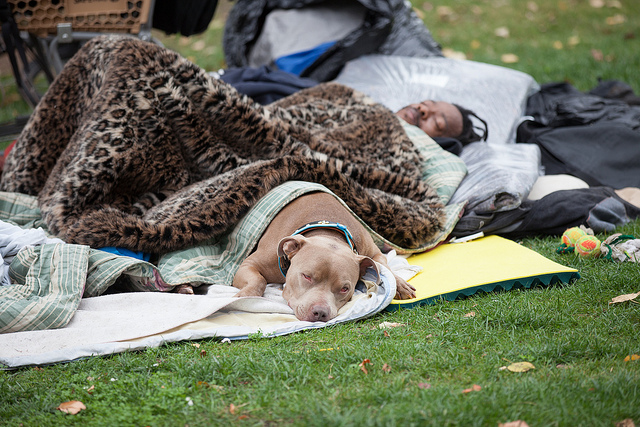 There’s a lot to learn form the Homeless Point-In-Time Count & Survey Comprehensive Report of 2015, which is online in its entirety, but one detail to which Socketsite draws attention is the percent of the nearly 7,000 homeless San Franciscans who were once San Francisco residents with homes.

Specifically, that share has swollen to 71 percent, suggesting that much of San Francisco’s homelessness epidemic is “homegrown,” the product of factors within the city proper.

This figure runs counter to a popular theory that the city is so generous with its assistance money and programs that indigent people flock here from elsewhere, and that the majority of those on the street came from elsewhere.

Conducted by the nonprofit Applied Survey Research, the Point-in-Time count employs a “blitz” method, but it’s basically just a head count of sheltered and unsheltered homeless that you can read about here.

Meanwhile, the Chronicle reports that the city now allocates a record $241 million to homeless services, a whole $84 million more than when Mayor Lee took office in 2011. But where, the paper asks, is that going?

Answer: All over the place, and in such a way as to make keeping track difficult or impossible. The City has over 400 contracts with 76 private organizations, most of them nonprofits, for providing services to the homeless. And no single system tracks the effects of that $241 annual investment as it’s spread out among them.

Calls for a tracking system that could tell outreach workers who the sickest among the homeless population are, and where they are within the system at any given time, have been made for over a decade, however no plan for any such system yet exists.

As Supervisor Aaron Peskin puts it, “There’s no question it has gotten exponentially worse… How the city spends a quarter of a billion a year, I have not figured out. It’s not working.”

Previously: This Is How We Count Homeless People