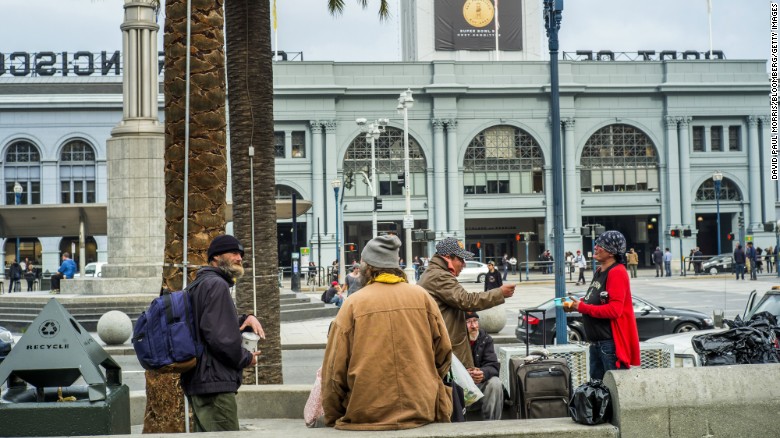 San Francisco has dispatched a team of social workers, cops and fire fighters to remove the homeless from the long-time encampment that will be the site of “Super Bowl City,” a fan village that will feature concerts, interactive games and celebrity appearances.

(CNN)Forty miles north of Levi’s Stadium, the site of Super Bowl 50, San Francisco is gearing up for big crowds and big parties. As tech moguls, sports icons and pop stars hit the Embarcadero and branch out to the Tendernob and Mission neighborhoods, they’ll inevitably cross paths with people on the opposite end of America’s economic spectrum: the 7,000 homeless men, women and children living in the city’s alleys, underpasses and street corners.

San Francisco has made many strides to reduce homelessness. Yet its continued reliance on policing and criminalization raises concern. 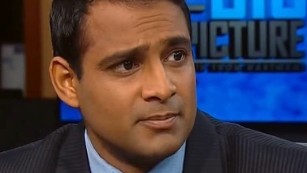 There’s a national shortage of affordable housing. Since 2001, 13% of low-income housing stock has vanished. In most cities, the availability of shelter beds can’t keep up with demand. 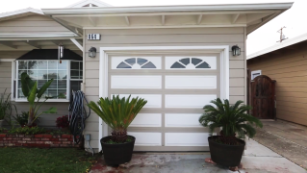 To combat homelessness and growing encampments, American mayors are increasingly putting their police to use.

This trend is cruel and inhumane. It’s also wasteful.

It costs two to three times more to criminalize rather than support the homeless. For example, analysis from the University of New Mexico showed that the city of Albuquerque reduced homeless-related jail costs by 64% by providing housing.

In Central Florida, Impact Homelessness studied the impacts of criminalization in Osceola County. In one decade the county spent $5 million to jail just 37 homeless individuals. Over the same period it cost $3.7 million to house its homeless. In providing each housing unit, Osceola County spends 40% less than placing homeless residents in jail. 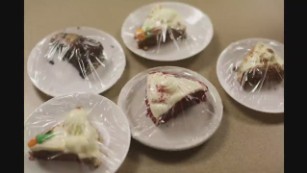 Opinion: Two jobs and still living in a shelter 04:49

Criminalization’s rise reflects a dark reality: America prefers to punish its homeless rather than help them find a safe place to sleep.

Homelessness is an affordable housing issue. As cities like San Francisco enjoy rising prosperity, mayors should push for larger federal investments and pursue aggressive social services and housing agendas. They should not opt for criminalizing the homeless. 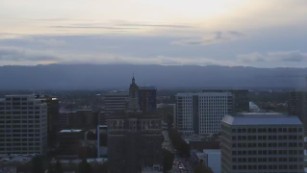 The federal government’s Rapid Rehousing program is another alternative to criminalization. This program provides rental assistance for families on the verge of homelessness and also housing for those who just lost their homes. A Georgia study found that a person who stayed in an emergency shelter or temporary housing was five times more likely to return to homelessness compared to a Rapid Rehousing family who quickly got stable housing.

More than 100 million people will settle in on February 7 in the comfort of their homes to watch one of the biggest television events of the year. The leaders of America’s most forward-thinking cities should make every effort to assist those who don’t have the luxury of watching it in their homes. They should not try to hide the homeless.

America is locking up its most destitute, who are struggling to eat, sleep and survive. The nation must do a better job in updating its backward homeless laws.