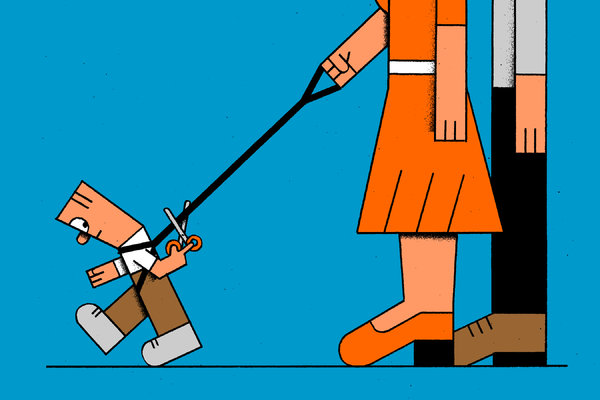 If Congress won’t focus on a new policy idea, and if state legislatures are indifferent or hostile, why not skip them both and start at the city level?

That’s the approach with a proposed law in San Francisco to require businesses there to pay for employees’ parental leaves.

“The more local jurisdictions that tackle these issues, the more momentum there is for statewide and eventually national action,” he said.

The federal government is too gridlocked to make anything happen, these policy makers say. So they are turning to cities, hoping they can act as incubators for ideas and pave the way for state and federal governments to follow.

Conservatives used the strategy in the 1960s and 1970s, often for anti-regulatory policies. On the liberal side, Baltimore helped inspire others by passing a living wage law in 1994. The method has grown more popular in recent years, said Margaret Weir, a professor at Brown University who studies urban politics.

“Historically, especially for groups that want more government action and more generous social and economic policies, they could go to the federal government and achieve those things,” Ms. Weir said. “That has become more difficult. It’s a reflection of the loss of power at the federal level.”

Opponents have frequently responded by trying to limit the legislative power of cities. Many states have passed so-called pre-emption laws, which block cities from making their own laws on certain issues, including gun control, plastic bag bans, paid leave, fracking, union membership and the minimum wage. It’s a strategy pioneered by the tobacco lobby and later much used by the National Rifle Association. In all but seven states, state laws pre-empt local gun laws.

The pro-business American Legislative Exchange Council, known as ALEC, has pushed for many of the pre-emption laws. More recently, however, it has adopted the methods of its opponents. It has helped policy makers in local government make laws to reduce the size of government, for instance, even when states decline to do so.

One division of ALEC, called the American City County Exchange, has most notably pushed for local right-to-work laws to allow workers who are members of a union to opt out of paying dues. Yet in other cases, it has drafted legislation to prevent cities from coming up with their own laws, including on issues like plastic bag bans and containers for composting.

“Sometimes cities and counties overstep the powers they’ve been given,” said Jon Russell, director of the exchange and a town councilman in Culpeper, Va. “There are certain times states and cities are going to disagree, but for the most part, we’re going to figure out ways to resolve certain regulatory issues while staying in our lanes.”

The demographics of big urban centers — often more liberal and diverse than other parts of the country, and more likely to be governed by a single party — foster more progressive policy-making than elsewhere.

And that policy-making does seem to bubble upward to the national level. Workers’ rights are one of the main focuses of today’s urban politics, and several such city policies are now getting state and national attention, including in the presidential campaign. Paid sick leave is an example. The first city to require it was San Francisco in 2006. It is now the law in 23 cities and states, and President Obama last fall required federal contractors to provide it. (Meanwhile, more than a dozen states have pre-emption laws to stop cities from requiring paid sick leave.)

Minimum wage is another example. SeaTac, Wash., passed a $15 minimum wage in 2013. Nearby Seattle followed, and then so did San Francisco, Los Angeles, Mountain View, Calif., and Emeryville, Calif.

Fourteen states have since changed their minimum wage laws, two bills in Congress would do the same nationally, and all three Democratic presidential contenders have said they would raise the federal minimum wage.

“It’s all due to victories at the city level,” said Ady Barkan, co-director of Local Progress, a network of local progressive elected officials. “They actually did it and showed it was possible politically and as a policy matter.”

But many of these policies have not caught on widely. Take soda taxes: Berkeley, Calif., is the only city to have passed one. Similar laws have failed in San Francisco and New York state.

Other city legislation that could eventually be passed at the state or federal level includes those related to drones, ride-hailing and home-sharing.

San Francisco’s paid parental leave policy, which would be the first such law in the nation, would apply to all businesses with at least 20 employees, some of whom work at least some of the time in the city, including national chains that do not offer paid leave to workers elsewhere.

Californians already receive paid parental leave from the state. It is one of three states to offer it; the state’s temporary disability fund pays 55 percent of workers’ salaries, up to a maximum salary of $105,000. In San Francisco, companies would pay the remainder for six weeks of “bonding leave” for all new parents, including fathers, same-sex parents and adoptive parents.

The city’s board of supervisors, which will vote on the policy, has not a single Republican. It would be a much harder sell almost anywhere else.

From Mr. Wiener’s point of view, that gives the board a responsibility: “To push the envelope on these issues, because we can.”