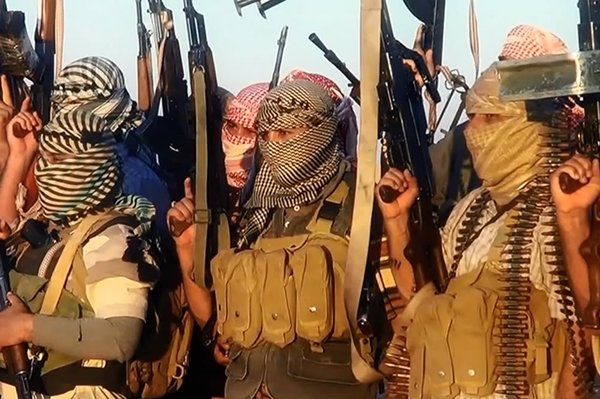 As the debate on how best to contain the Islamic State continues to rage in Western capitals, the militants themselves have made one point patently clear: They want the United States and its allies to be dragged into a ground war.

In fact, when the United States first invaded Iraq, one of the most enthusiastic proponents of the move was the man who founded the terrorist cell that would one day become the Islamic State, Abu Musab al-Zarqawi. He excitedly called the Americans’ 2003 intervention “the Blessed Invasion.”

His reaction — ignored by some, and dismissed as rhetoric by others — points to one of the core beliefs motivating the terrorist group now holding large stretches of Iraq and Syria: The group bases its ideology on prophetic texts stating that Islam will be victorious after an apocalyptic battle to be set off once Western armies come to the region.

Should that invasion happen, the Islamic State not only would be able to declare its prophecy fulfilled, but could also turn the occurrence into a new recruiting drive at the very moment the terrorist group appears to be losing volunteers.

It is partly that theory that President Obama referred to in his speech on Sunday, when he said the United States should pursue a “sustainable victory” that involves airstrikes and supports local forces battling the Islamic State rather than sending a new generation of American soldiers into a ground offensive.

“I have said it repeatedly: Because of these prophecies, going in on the ground would be the worst trap to fall into. They want troops on the ground. Because they have already envisioned it,” said Jean-Pierre Filiu, a professor of Middle East Studies at Sciences Po in Paris, and the author of “Apocalypse in Islam,” one of the main scholarly texts exploring the scripture that the militants base their ideology on.

“It’s a very powerful and emotional narrative. It gives the potential recruit and the actual fighters the feeling that not only are they part of the elite, they are also part of the final battle.”

The Islamic State’s propaganda is rife with references to apocalyptic prophecy about the last great battle that sets the stage for the end times. Terrorism experts say it has become a powerful recruiting tool for the group, also known as ISIS or ISIL, which sells potential fighters on the promise that joining will give them the most direct chance to battle Western interests and will bring ancient Islamic prophecies to fruition.

Graphic | Recent Attacks Demonstrate Islamic State’s Ability to Both Inspire and Coordinate Terror At least a dozen countries have had attacks since the Islamic State, or ISIS, began to pursue a global strategy in the summer of 2014.

The specific scripture they are referring to describes a battle in Dabiq as well as in al-Amaq, small towns that still exist in northern Syria. The countdown to the apocalypse begins once the “Romans” — a term that militants have now conveniently expanded to include Americans and their allies — set foot in Dabiq.

Last year, when Islamic State militants beheaded the American hostage Peter Kassig, a former United States Army Ranger, they made sure to do it in Dabiq.

“Here we are, burying the first American crusader in Dabiq, eagerly waiting for the remainder of your armies to arrive,” the executioner announced.

Dabiq is now the name of the Islamic State’s monthly online magazine, and each successive issue continues to hammer home the notion of the looming doomsday battle. Meanwhile, Amaq is the name the militants have chosen for their semiofficial news agency, which last week was the first to announce that the couple who carried out the attack on a holiday party in San Bernardino, Calif., killing 14, were “supporters” of the Islamic State.

Peter Kassig, shown in a photo provided by his family. Mr. Kassig, a former U.S. Army Ranger, was murdered by the Islamic State in Dabiq, Syria.

How to undo the Islamic State is a matter of intense debate. As the United States prepares for a general election, Republican contenders are pushing for a ground invasion, with Senator Ted Cruz vowing to “carpet-bomb them into oblivion.”

“I don’t know if sand can glow in the dark, but we are going to find out,” Mr. Cruz said at a campaign stop on Saturday.

Regardless of a ground intervention’s potential to succeed, some veteran analysts caution that the act of invasion would play handily into the group’s prophetic vision.

“To break the dynamic, you have to debunk the prophecy,” Mr. Filiu said. “You need to do so via a military defeat, like taking over Raqqa. But it needs to be by local forces — by Sunni Arabs.”

That so far has been the approach of the Obama administration, which has armed as well as provided air support to a number of militias in northern Iraq and Syria, hoping to give a local veneer to the tip of the sword. The result has been mixed, with gains only in areas that are outside the main Sunni Arab strongholds that the Islamic State controls.

The effort has been limited by the fact that the only viable partners so far have been Kurdish militias, who are willing to fight only in a ribbon of land in northern Syria, which is predominantly Kurdish.

In those areas, victory over the Islamic State has been like pushing on an open door.

Last month, the northern Iraqi city of Sinjar, which had been under the brutal rule of the Islamic State for more than 15 months, fell to Kurdish forces in less than 48 hours, after a sustained assault by American A-10 attack jets. As Kurdish forces advanced, the Islamic State fighters, having booby-trapped roads and houses, chose to run rather than fight for the city, burning hundreds of tires so the smoke would obscure their departure.

Yet a month since then, the Kurdish forces have advanced little beyond the city of Sinjar, and their commanders have been clear about why: The rest of the area is predominantly Sunni Arab rather than Kurdish.

The same pattern has been repeated in neighboring Syria, where the Syrian Kurdish forces reached the village of Ein Eissa earlier this year — just 30 miles north of Raqqa, the de facto capital of the terrorist group’s self-declared state. But they have stayed put.

“It would not be appropriate for us to go further south,” Redur Xelil, the main Syrian Kurdish force’s spokesman, said in an interview this summer, summing up the unease that many of his soldiers expressed at the thought of Kurdish rebels invading and trying to hold an Arab area.

To date, the United States and its partners have failed to find a Sunni Arab partner force. In October, the Obama administration acknowledged that a $500 million program to train thousands of local troops — many of them Sunni Arab — had failed. And a new United States-backed entity intended to claw back Arab land from the Islamic State seems to exist in name only.

Proponents of a ground assault argue that an even bigger recruiting drive than the militants’ end-of-times prophecy is their promise of an Islamic state.

“They actually, it seems to me, have two objectives,” said Jessica Stern, one of the authors of the book “ISIS: The State of Terror.” “One is to goad us into a ground war. And the other is to run a state, and they are contradictory.”

In the most recent issue of Dabiq, an essay alleged to have been written by the British hostage John Cantlie discussed similar options, with the first being that the Islamic State is allowed to continue to expand while the West does nothing. The second alternative was to drag the United States into war by carrying out a deadly attack on American soil.

“Then again,” the essay concludes, the Americans “may well come to Dabiq on their own without the Islamic State needing to blow up any dirty bombs in Manhattan.”