Just one year after 2014 set a record as the hottest year in the historical record, 2015 is on track to beat it by a substantial margin, possibly signaling a return to a sustained period of rapid global warming.

The National Oceanic and Atmospheric Administration, the American agency that tracks worldwide temperatures, announced Wednesday that last month had been the hottest September on record, and that the January-to-September period had also been the hottest since 1880. Scientists say it is now all but certain that the full year will be the hottest on record, too.

That means that delegates to a global climate conference scheduled for Paris in early December will almost certainly be convening at a time when climate-related disasters are unfolding around the world, putting them under greater pressure to reach an ambitious deal to limit future emissions and slow the temperature increase.

The immediate cause of the record-breaking warmth is a strong El Niño weather pattern, in which the ocean releases immense amounts of heat into the atmosphere. But temperatures this year are running far ahead of those during the last strong El Niño, in 1997 and 1998, and scientists said the record heat would not have occurred without an underlying trend of warming caused by human emissions of greenhouse gases.

“We have no reason at this point to think that El Niño itself is responding to the forcing from greenhouse gases,” said Richard Seager, a climate scientist at the Lamont-Doherty Earth Observatory of Columbia University. “You can think of them as independent and adding to each other.”

The El Niño phenomenon and the accompanying heat are already roiling weather patterns worldwide, likely contributing to dry weather and forest fires in Indonesia, to an incipient drought in Australia, and to a developing food emergency across parts of Africa, including a severe drought in Ethiopia. Those effects are likely to intensify in coming months.

Past patterns suggest that El Niño will send unusual amounts of rain and snow to the American Southwest and to California, offering some relief for that parched state but also precipitating floods and mudslides. The California effects are likely to be strongest in the latter part of the winter, experts said.

Earlier this year, the global warmth contributed to a spring heat wave in India and Pakistan that killed many people, possibly several thousand, with temperatures hitting 118 degrees Fahrenheit in parts of India. The effects on the natural world have been severe as well, with extreme ocean temperatures bleaching coral reefs around the world, and many of them likely to suffer lasting damage.

Forecasters have been issuing warnings about a strong El Niño for many months. The coming few months will test whether governments, and the global relief agencies that support poor countries, have prepared, particularly to provide food relief for hard-hit regions.

“The warning is out,” Dr. Seager said. “The world has had time to plan for this.”

Though worldwide in scope, El Niño originates in the eastern tropical Pacific Ocean, when normal weather patterns shift in a way that allows the ocean to release large amounts of stored-up heat into the atmosphere. That perturbs atmospheric waves that can travel thousands of miles, redistributing heat and moisture around the globe.

The effects can be profound, with some research even suggesting that civil wars become more likely in tropical countries when they are under stress from an El Niño.

The World Food Program, a United Nations relief agency, is already preparing for larger operations across Africa, and appealing for donations. Harvests are down across large swaths of that huge continent, and the number of people going hungry in Ethiopia is likely to be in the millions in coming months, relief groups have estimated. 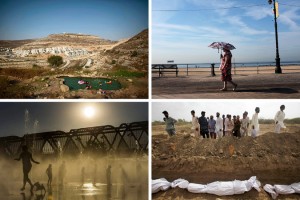 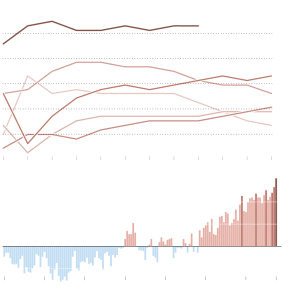