have been killed in the four-and-a-half-year Syrian civil war.

The constant violence has forced more thanfour million to flee the country, fueling arefugee crisis in the Middle East and Europe.The country is so dangerous that a definitivetally of deaths is not possible, but severalgroups are trying to document how manySyrians have died, and what killed them.

Each of these dots representsone person who waskilled during the conflict.

“With each passing day there are fewersafe places in Syria,” Paulo Sérgio Pinheiro,chairman of the United Nations panelinvestigating human rights abuses in Syria,wrote in a recent report. “Everydaydecisions — whether to visit a neighbor,to go out to buy bread — have become,potentially, decisions about life and death.” 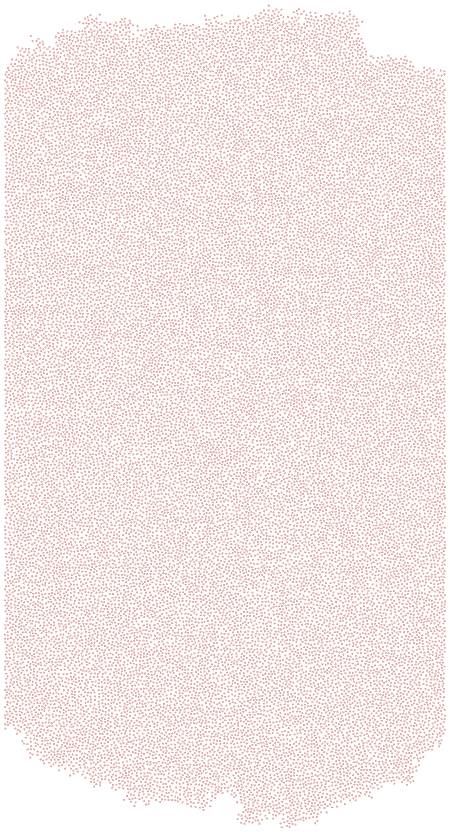 have died in shootings and mass killings.

Thousands of civilians have been victims of mass shootings and gunfire between government forces and insurgents. In one case documented by the United Nations, more than 100 people, including at least 49 children, were killed in Homs on May 25, 2012. Most were shot at close range.

The U.N. reports that armed opposition groups have also executed children, but lack of access in areas controlled by the Islamic State has prevented systematic documentation. “In places like Raqqa and Deir Ezzor, it’s almost impossible to verify the information,” said Bassam al-Ahmad, spokesman for the Violation Documentation Center in Syria. 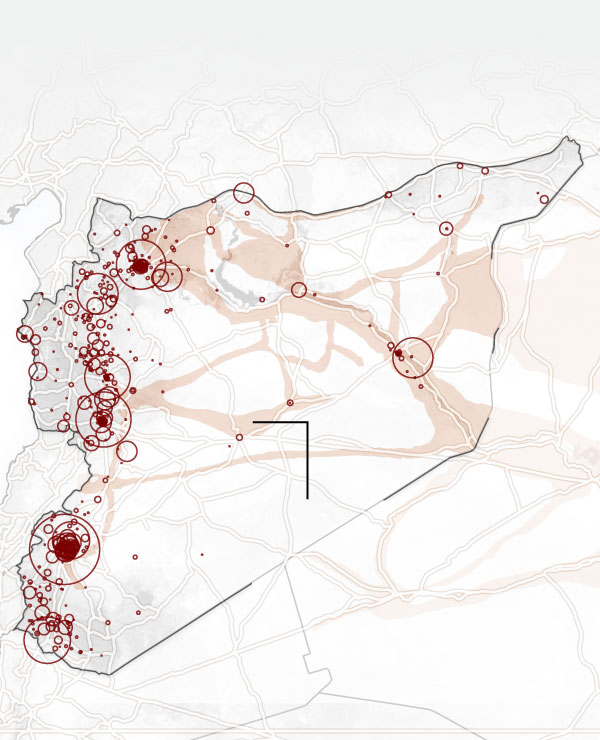 Fewer deaths have been reported in areas controlled by ISIS, where access to information is especially limited. 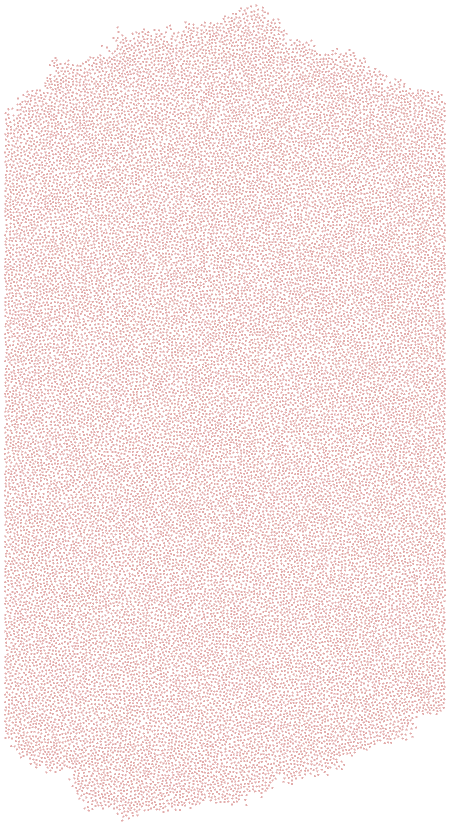 were killed in mortar, artillery and rocket attacks.

Both government and insurgent forces have used “weapons that are guaranteed to cause civilian damage,” said Geoffrey Mock, a Middle East specialist at Amnesty International. Children account for about 20 percent of these deaths.

The Syrian government has repeatedly fired imprecise rockets and unguided bombs, according to the United Nations and other monitoring groups. Insurgent groups have used so-called “hell cannons” — improvised artillery devices fitted with explosive gas canisters that cause widespread damage.

“What we are seeing in Syria is war crime on both sides,” Mr. Mock said. 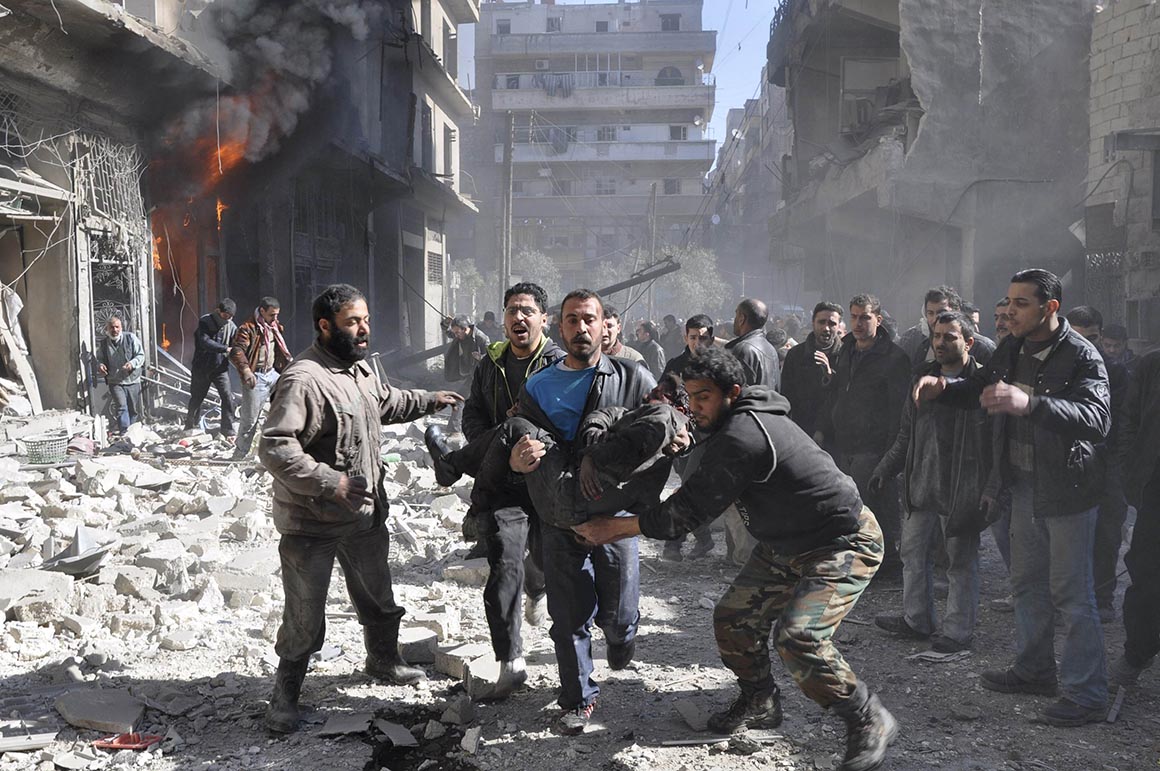 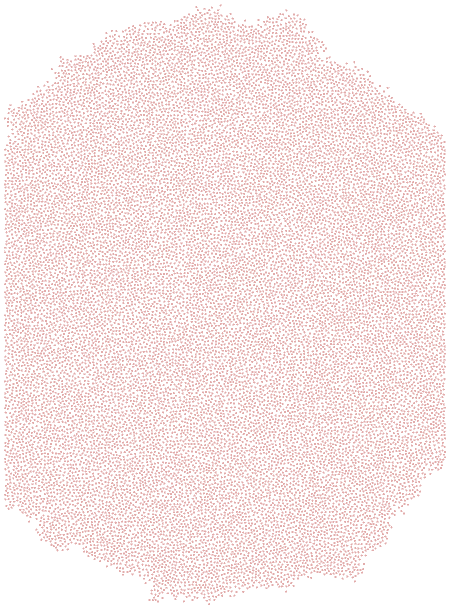 Syrian warplanes and helicopters have blasted civilian targets like mosques, schools and shopping markets in insurgent-controlled areas with barrel bombs — large containers filled with explosives and projectiles — and other weapons. As the government lost control of the country, said Mr. Ahmad of the Violations Documentation Center, “they began using new tactics by dropping air bombs.” More than a quarter of the dead are children. 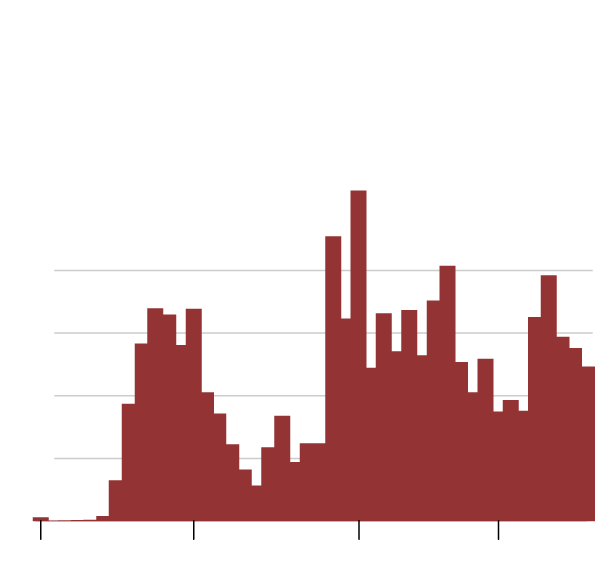 Government air attacks intensified in mid-2012, a little over a year after the war began. 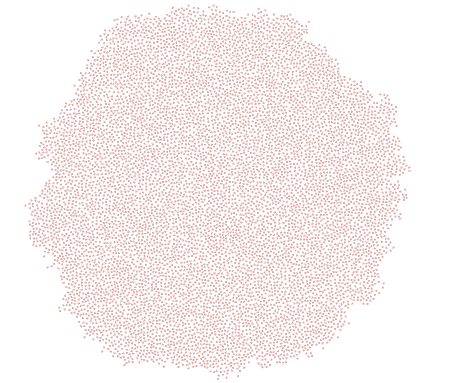 were killed after being kidnapped, detained and/or tortured.

The United Nations and others have documented rampant use of torture by both government and opposition forces, including crimes against children targeted for appearing to be pro-government. In March, thousands of photos surfaced showing detainees who were said to have died in Syrian prisons. The photos were smuggled out of Syria by a former Syrian military photographer. Secretary of State John Kerry said that the photos showed evidence of torture.

were killed by exposure to chemical or toxic substances.

The Syrian government has been accused of using chlorine-filled barrel bombs. An attack in 2013 killed hundreds of people (some estimates were upward of 1,500) in Ghouta, a suburb of Damascus controlled by the opposition, when the area was struck by several rockets containing sarin, a nerve agent known to be part of the Syrian military’s stockpile. There are also reports that the Islamic State, also known as ISIS or ISIL, has used mustard gas in northern Syria. 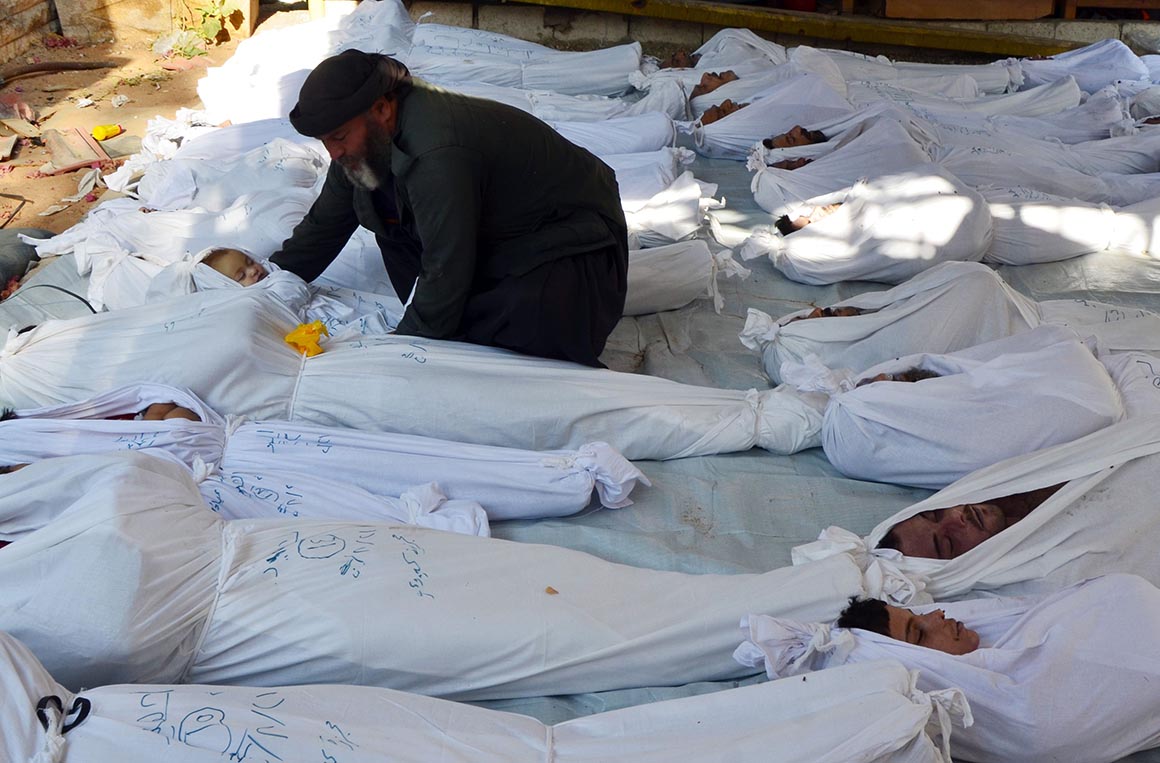 Hundreds of people were killed in a nerve gas attack in the Ghouta region near Damascus. Bassam Khabieh/Reuters

were killed in attacks on hospitals.

died from starvation, dehydration or lack of basic medical care.

The death toll, documented by the Syrian American Medical Society through January 2015, does not capture the many people — estimates range from 200,000 to more than 600,000 — who have been under siege for more than a year and are at risk of starving to death or dying from other preventable causes. The majority of those besieged are trapped by the Syrian government in the Damascus area, according to Valerie Szybala, the primary author of a report by the Syrian American Medical Society and executive directive of the Syria Institute, a new think tank. 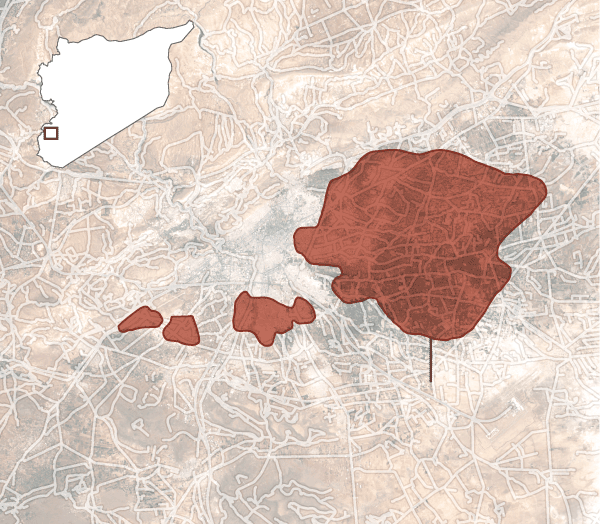 were killed in the American-led air campaign against ISIS.

The Syrian Observatory for Human Rights has estimated that 181 civilians have been killed in the coalition airstrike campaign against the Islamic State, as of mid-August. Other groups have given higher estimates, and all say that the United States and its allies understate the civilian toll. The United States Central Command says it has confirmed the deaths of only two civilians since the start of the campaign. 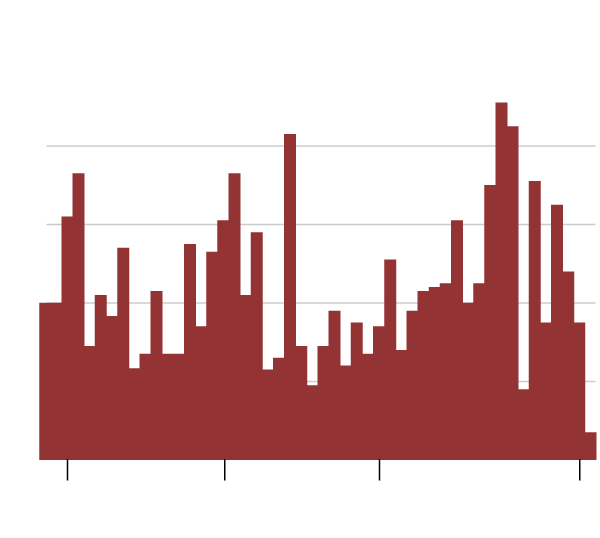 American-led airstrikes against the Islamic State in Syria, by week