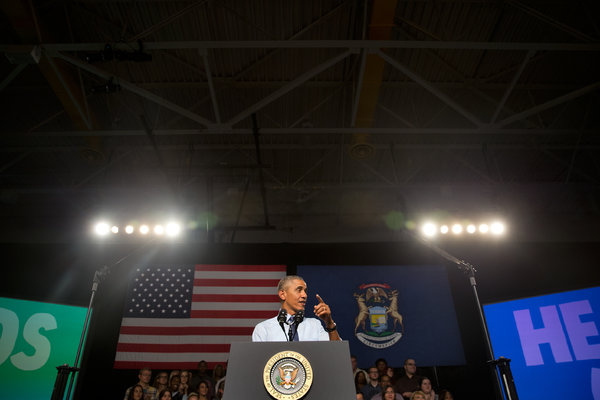 WASHINGTON — President Obama on Saturday abandoned his two-year effort to have the government create a system that explicitly rates the quality of the nation’s colleges and universities, a plan that was bitterly opposed by presidents at many of those institutions.

Under the original idea, announced by Mr. Obama with fanfare in 2013, all of the nation’s 7,000 institutions of higher education would have been assigned a ranking by the government, with the aim of publicly shaming low-rated schools that saddle students with high debt and poor earning potential.

Instead, the White House on Saturday unveiled a website that does not attempt to rate schools with any kind of grade, but provides information to prospective students and their parents about annual costs, graduation rates and salaries after graduation.

Mr. Obama praised the new website in his weekly address, saying that by using the new College Scorecard, “Americans will now have access to reliable data on every institution of higher education.”

But the new website falls far short of what the president had hoped for. When he announced the plan at the University at Buffalo in 2013, Mr. Obama put colleges on notice that schools performing poorly on his rating system would eventually lose access to billions of dollars in federal student aid money.

“I’m proposing major new reforms that will shake up the current system,” Mr. Obama said at the time. “Taxpayers shouldn’t be subsidizing students to go to schools where the kids aren’t graduating.”

Aides to Mr. Obama had described him as privately demanding from his staff bold action that would hold schools accountable, especially those that had low graduation rates and poor postgraduate income potential — even as they continued charging students tens of thousands of dollars each year to attend. Administration officials said at the time that the rating system would be in place by 2015.

But the plan quickly ran into fierce opposition. Critics, including many of the presidents at elite private colleges, lobbied furiously against the idea of a government rating system, saying it could force schools to prioritize money-making majors like accounting over those like English, history or philosophy.

Officials at many schools said the government had no business competing with college rating services like those offered by U.S. News and World Report. Many chose blunt language to describe what they said was a misguided effort by Mr. Obama and his administration.

Charles L. Flynn Jr., the president of the College of Mount St. Vincent in the Bronx, called the president’s idea “uncharacteristically clueless.” Adam F. Falk, the president of Williams College in Massachusetts, predicted that it would be “oversimplified to the point that it actually misleads.” And Kenneth W. Starr, who is the president of Baylor University in Waco, Tex., and who, as a prosecutor, led the investigations of President Bill Clinton, called it “quite wrongheaded.”

For months, administration officials dismissed the criticism, saying that the status quo was unacceptable and that the president was determined to make a rating system work.

In 2014, Cecilia Muñoz, the president’s chief domestic policy adviser, responded in an interview to the complaints from college presidents by saying: “There is an element to this conversation which is, ‘We hope to God you don’t do this.’ Our answer to that is: ‘This is happening.’ ”

But more than a year later, the new scorecard unveiled on Saturday does not attempt to rank colleges. And a fact sheet distributed by the White House makes no mention of linking the availability of federal student aid to a government ranking of a specific college.

David L. Warren, the president of the National Association of Independent Colleges and Universities, which strongly opposed the president’s rating plan, said on Saturday that he supported providing more information to students and families.

“This is a step in that direction,” Mr. Warren said. “It also appears that the tool will allow colleges and universities to tailor their profiles, which allows for showcasing the diversity of institutions nationwide.”

White House officials noted that while the new website will not be linked to student aid, the administration has fought to establish other rules to prevent federal dollars from going to some for-profit schools and other low-performing institutions.

They said the new scorecard — which can be found at collegescorecard.ed.gov — will allow students and parents to compare schools based on measurements that are important to them. Using the website, for example, a student might search for schools with average annual costs of under $10,000, a graduation rate higher than 75 percent and average salaries after graduation of more than $50,000 per year.

The data is based on students who have received a federal loan or grant to attend college, but officials said their economists believe it is representative of all students. And they said the new government data offers critical information that is not available elsewhere, a point underscored on Saturday as researchers began mining the data for trends. In a Twitter post, one writer called it an “amazing new treasure trove” of education data.

“You’ll be able to see how much each school’s graduates earn, how much debt they graduate with, and what percentage of a school’s students can pay back their loan,” Mr. Obama said in his weekly address.

Administration officials said the data that powers the scorecard was also being freely shared with companies and other organizations that already offer online college search tools. White House officials said three such sites — ScholarMatch, StartClass and College Abacus — already have begun using the data to enhance the information they provide.

Officials said they hoped the information would help students avoid making poor choices when deciding where to attend college.

“The new way of assessing college choices, with the help of technology and open data, makes it possible for anyone — a student, a school, a policy maker or a researcher — to decide what factors to evaluate,” the White House fact sheet said.