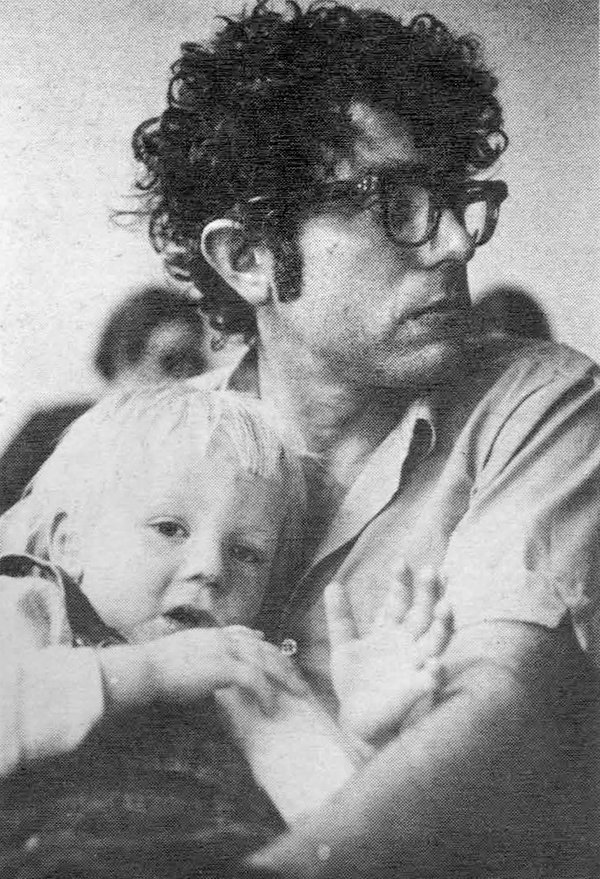 BURLINGTON, Vt. — When he came to Vermont in the late 1960s to help plan the upending of the old social order, the future presidential candidate Bernie Sanders brought with him the belief that the United States was starkly divided into two groups: the establishment and the revolutionaries. He was a revolutionary.

“The Revolution Is Life Versus Death,” in fact, was the title of an article he wrote for The Vermont Freeman, an alternative, authority-challenging newspaper published for a few years back then. The piece began with an apocalyptically alarmist account of the unbearable horror of having an office job in New York City, of being among “the mass of hot dazed humanity heading uptown for the 9-5,” sentenced to endless days of “moron work, monotonous work.”

Chalk some of this up to being young and unemployed. Mr. Sanders, now 73, has had a steady, nonrevolutionary job for quite some time now. His current workplace, the United States Senate, is not exactly known for its thrill-a-minute dynamism. But through his long evolution from outraged outsider to mainstream man in a suit, Mr. Sanders has remained true to his original message: sympathy for the downtrodden, the impoverished and the disenfranchised in the face of the rich and the powerful.

Back then, he was part of a crowd of like-minded young people who converged on Burlington at a time when America seemed to be rewriting its history on the spot. Students, hippies, labor organizers, trust fund kids, urban escapees, impoverished anti-Vietnam War campaigners and environmentalists yearning to be closer to the land — they came because they believed that change was coming and that they had found the right place for a revolution.

Mr. Sanders was barely 30, full of restless energy, with wild curly hair, a brash Brooklyn manner and a mind fizzing with plans to remake the world. Short on money but long on ideas, he found employment where he could, supporting himself through odd jobs like carpentry work.

“Freelance journalist” has always been on the list of things he did before he began running for statewide office, futilely, as a Liberty Union Party candidate in the 1970s. But the description is a bit of a stretch. A look through his journalistic output, such as it was, reveals that he had perhaps a dozen pieces published — interviews, essays, state-of-the-nation diatribes — most in The Freeman.

They provide a useful insight into the formative thinking of the man who would go on to become Burlington’s first socialist mayor, then a senator and now a presidential candidate who is drawing crowds in the thousands with his unapologetic leftist message. The writings also reflect the particular mood in this one little spot in Vermont in an era of extraordinary turmoil in America, when the social fabric seemed in danger of ripping apart over issues like the Vietnam War, race and poverty.

Interactive Feature | What Bernie Sanders Would Need to Do to Win Senator Bernie Sanders of Vermont is entering the race for the Democratic nomination for president.

Among Mr. Sanders’s efforts was a 1972 essay on sexual politics, “Man — and Woman,” which drew unflattering attention recently after Mother Jones magazine included it in an article about him. Its opening passage, which deals with men’s sexual fantasies, is meant to be satirically provocative but comes across as crassly sexist. (Mr. Sanders’s underlying point, expressed less feverishly further down in the article, is that men and women should rethink how they deal with each other.)

Another essay mocked what Mr. Sanders felt to be the soul-destroying nature of conventional education.

“If children of 5 are not taught to obey orders, sit still for 7 hours a day, respect their teacher, and raise their hands when they have to go to the bathroom, how will they learn (after 17 more years of education) to become the respectful clerks, technicians and soldiers who keep our society free, our economy strong, and such inspiring men as Richard Nixon and Deane Davis in political office,” Mr. Sanders wrote, referring to the United States president and the Vermont governor at the time.

People in Mr. Sanders’s circle back then remember visiting the future senator at his small apartment in Burlington. “It was subsistence living,” said Greg Guma, the author of “The People’s Republic: Vermont and the Sanders Revolution.”

Mr. Guma knew the young Mr. Sanders as a kitchen-table fulminator and political organizer, not as a writer. At their first meeting, he recalled, Mr. Sanders “kind of berated me” when Mr. Guma asked who he was.

“He said he was unimportant and it was all about the movement, and then it kind of escalated. ‘If you don’t support the movement, I don’t want your vote,’ ” Mr. Guma said. “Obviously he’s become more adept at cultivating voters.”

Mr. Sanders’s pieces in The Freeman were consistent with the newspaper’s ethos. The paper, which had humble production values and cost $10 for a year’s subscription in 1971, was founded in 1969 by Roger L. Albright, a former minister, as a place for like-minded leftists to opine in outraged tones about the issues of the day. Often, apparently, they did it for free.

“Pay? You gotta be kidding — I don’t recall ever getting paid,” said Marvin Fishman, now 77, who wrote about prison issues for the paper. (He had spent a year in prison on a marijuana charge.)

“We were broke, they were broke, everybody was broke,” said Frank Kochman, who was recruited for the paper when Mr. Albright rescued his stranded Volkswagen bug from a snowbank, and who was its general manager and co-publisher from 1971 to 1973. “If we had a little money, we’d try to pay something.”

Mr. Sanders contributed pieces only sporadically. He interviewed a “labor agitator” and an old-time farmer, and he wrote some articles about health, including one in which he cited studies claiming that cancer could be caused by psychological factors such as unresolved hostility toward one’s mother, a tendency to bury aggression beneath a “facade of pleasantness” and having too few orgasms.

“Sexual adjustment seemed to be very poor in those with cancer of the cervix,” he wrote, quoting a study in a journal called Psychosomatic Medicine.

One article, to observe the 10th anniversary of the Cuban revolution, argued that despite its many failings, Cuba had made great progress in health care and education. “The American press and mass media have been stepping up their usual distorted and inaccurate reporting,” Mr. Sanders wrote.

In a piece titled “Reflections on a Dying Society,” he declared that the United States was virtually going to hell in a handcart. Its food was laden with chemicals; its environment was being ruined; the threat of nuclear annihilation or “death by poison gas” was increasing; people were suffering from malaise and “psychosomatic disease”; citizens were being coerced and duped by the government and the advertising industry; and the economy was based on “useless” goods “designed to break down or used for the slaughter of people.”

“The general social situation, to say the least,” he wrote, “does not look good.”

Later in the 1970s, Mr. Sanders took a steady job with a Liberty Union colleague making filmstrips about important events in American history, many from the colonial period, and selling them door-to-door to schools. (He also made a half-hour film about his hero, Eugene V. Debs, the labor organizer who ran unsuccessfully for president five times.) They worked on a shoestring out of Mr. Sanders’s house, said the colleague, Ron MacNeil.

“I think our motivation was that we were interested in American history,” Mr. MacNeil said.

But that was after Mr. Sanders had run, and lost, various statewide races as a Liberty Union candidate. By 1972, when he ran as the party’s candidate for senator and governor (he lost both races by very wide margins), he had begun publishing The Movement, an occasional newsletter.

He put together the whole thing himself, said Doris Lake, another early Liberty Union candidate, and focused on the issues that were consuming him. One edition included a letter Ms. Lake had written to her supervisor, and had shown to Mr. Sanders, complaining about working conditions in the eyeglass-lens factory where she worked the night shift, Ms. Lake said.

But for Mr. Sanders, everything was about ideas to make the world better, both in real life and in The Movement.

“I believe there was a lot of editorializing on philosophy,” Ms. Lake said. “At the time, we were thinking that the important thing in politics was to educate people, to get them to understand what was happening in the world, rather than to get elected.”