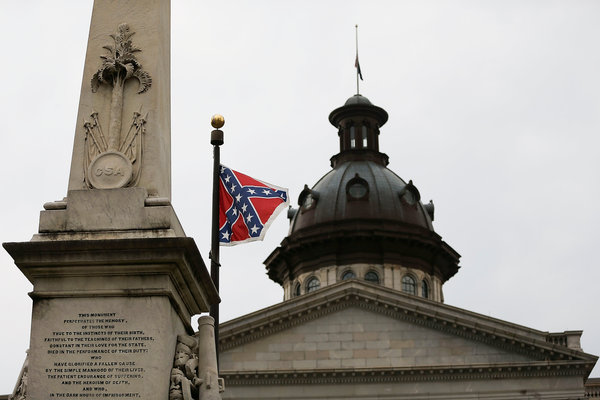 The Council of Conservative Citizens opposes “all efforts to mix the races,” and believes “that the American people and government should remain European in their composition and character.” It would severely restrict immigration, abolish affirmative action and dismantle the “imperial judiciary” that produced, among other rulings, the 1954 Supreme Court decision that integrated American education.

Those are among the core principles of the council, a Missouri-based organization with a long history of promoting white primacy. Now the massacre of nine black parishioners in a Charleston, S.C., church has propelled the organization, which in recent years seemed in decline, back onto the national stage and embroiled the Republican Party in new questions about its ties to the group.

Many of the themes promoted on the council’s website resonate through an online manifestoapparently written by Dylann Roof, who has been charged in the killings last week in Charleston. The manifesto traced the motivation for the shootings to a twisted epiphany: a Google search that led to the council’s website, where “pages upon pages of brutal black on White murders” were tallied and described.

“I have never been the same since that day,” the manifesto attributed to Mr. Roof said. 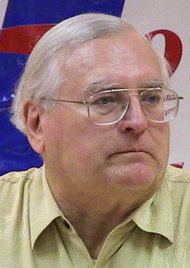 Since it rose in the 1980s from the ashes of the old and unabashedly racist White Citizens’ Councils, the Council of Conservative Citizens has drifted in and out of notoriety. But it is clearly back in: Last weekend, three Republican presidential candidates — Senator Ted Cruz of Texas, former Senator Rick Santorum of Pennsylvania and Senator Rand Paul of Kentucky — announced that they were returning or giving away donations from the council’s president, Earl Holt III.

Since 2011, Mr. Holt has also contributed at least $3,500 to Gov. Scott Walker of Wisconsin, a Republican who is expected to run for president. A spokesman for Mr. Walker said he would donate the money to the Mother Emanuel Hope Fund, which is helping families of the Charleston massacre. All told, Mr. Holt, who did not return calls for comment, has given at least $57,000 to Republican candidates for federal and state offices.

But those contributions, first reported by The Guardian, tell only part of the story of the council’s ties to Southern Republican officeholders. In the 1990s, the council counted influential Republican friends from town halls to the halls of Congress. Among those who have addressed its meetings were Senator Trent Lott of Mississippi, at one time the Senate majority leader; Haley Barbour, a former national Republican chairman who was campaigning for governor in Mississippi at the time; and Mike Huckabee, the presidential candidate who was then Arkansas’ lieutenant governor. More recently, Gov. Nikki R. Haley of South Carolina dropped a council official in her state, Roan Garcia-Quintana, from her re-election campaign’s advisory committee in 2013 after his ties to the group became public.

In 1999, a cascade of reports linking Mr. Lott and other prominent Republicans to the council led the party’s national chairman, Jim Nicholson, to urge all Republicans belonging to the group to quit the organization, calling it racist. Back then, the council claimed 15,000 members, according to the Southern Poverty Law Center, which tracks extremist groups, and was among the largest such groups in the country.

In the past decade, the council appeared to have lost its old vigor. “We were wondering whether they would survive,” Heidi Beirich, the director of the law center’s Intelligence Report, who investigates such groups, said in an interview. “They don’t hold as many events; they don’t have as many chapters.”

But the manifesto attributed to Mr. Roof, posted on a website called lastrhodesian.com, suggests that the council continues to have influence among followers of so-called white power ideology.

The council has stated that Mr. Roof, 21, who is known to espouse white supremacist ideology, is not a member and that the organization had no contact with him. “The Council unequivocally condemns Roof’s murderous actions,” a statement on its websitereads, and it “is hardly responsible for the actions of this deranged individual merely because he gleaned accurate information from our website.”

The website — its home page is a collection of links, often to accounts of crimes against whites by blacks — stands in contrast to the group’s depiction of itself as a more genteel guardian of the true right, “a standard conservatism that dates back to the Taft era,” said the group’s spokesman, Jared Taylor.

White rule and opposition to an increase in minority populations are the headline tenets of the council’s statement of principles. “Just go to South Central L.A., Brownsville, Texas, or Detroit,” Mr. Taylor, 63, said in an interview Monday. “The whole fabric of life changes if whites are displaced by, say, blacks or Asians or Hispanics.”

But the group also endorses causes dear to the far right for decades, including abandoning membership in the United Nations, maintaining the United States as a “Christian country,” denouncing homosexuality and opposing sex education, multiculturalism and property taxes.

In a conservative Southern heartland already roiled by federal intervention on civil-rights issues, the council early on was seen less as an outlier than a defender of states’ — and whites’ — rights. The support could cross party lines: In the late 1990s, one council member boasted that 34 members of the Mississippi Legislature, mostly Democratic, were council members as well.

In a 2010 interview with the conservative journal The Weekly Standard, Mr. Barbour cast the accusations of racism against the group as an exaggeration.

“Up north, they think it was like the K.K.K.,” he said. “Where I come from, it was an organization of town leaders.”

But Ms. Beirich of the Southern Poverty Law Center tells a different story. “I went to a council meeting in Huntsville in 1999,” she said, “and there was everyone from hard-core neo-Nazis to David Duke to Don Black and others like that.” Mr. Duke, 64, is a former leader of the Ku Klux Klan; Mr. Black, 61, is a former Klan official who runs a well-known racist website, Stormfront.

The council’s presence in South Carolina is less significant than in Alabama, Louisiana and Mississippi, said Dan Carter, professor emeritus of history at the University of South Carolina. In recent years, the group was most visibly active during a fierce debate in 2000 over flying the Confederate flag on the grounds of the State House in Columbia.

“They were part of a group that picket and held up signs and so on,” Mr. Carter said. “They urged people to vacation in South Carolina because they had refused to back down to the blacks. I remember they said they had white beaches in South Carolina.”

Ms. Beirich said that the group’s influence began waning in the middle of the last decade, and that she knew of no elected officials who attended meetings in recent years. Its founder, Gordon Lee Baum, died in March after an extended illness. And the group’s website has in the past several years presented a far harder line on racial issues, conceived by the council’s South Carolina leader, Kyle Rogers.

Mr. Rogers, who was born in 1977, bills himself as an organizer of the South Carolina branch of the Tea Party, but published reports say he has specialized in promoting racial issues in the media, originally on Ohio public-access television and now on the council’s website and in its newsletter.

Mr. Rogers compiled the list of crimes that Mr. Roof’s apparent manifesto cited as a turning point in his descent into racism. According to the law center, Mr. Rogers has enjoyed some success in attracting readers: A February 2012 post about the fatal shooting of Trayvon Martin, an unarmed black teenager, by a Florida man, George Zimmerman, drew 170,000 visits in a single day.

Whether the outcry over the council website and the Charleston shootings will change that success is impossible to say. But Mr. Taylor, the council’s spokesman, was not worried. “It will result in brief, intense media scrutiny, the consequences of which will ultimately be minimal,” he said, adding: “Aside from an increase in membership.”

An earlier version of this article misstated the year of a previous debate over the Confederate battle flag on the State House grounds. It was 2000, not 2010.