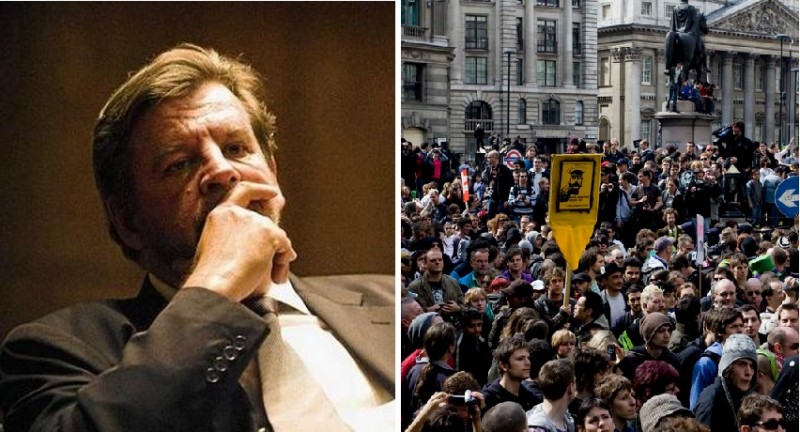 The chairman of one of the world’s biggest luxury conglomerates is apparently deeply worried about where civilization is heading and what it means for his clients.

Johann Rupert, the founder and chairman of Richemont — which counts Cartier, Piaget and Montblanc among its business holdings — gave a speech that held several dystopian warnings pertaining to the coming future at the recent Financial Times Business of Luxury Summit in Monaco, reports Bloomberg.

The 65-year-old Rupert, who has an estimated net worth of about $7.5 billion, seemed deeply perturbed about the impending disappearance of the middle class due to robotics and artificial intelligence, which he said would “put hundreds of millions of people out of work.”  Rupert asked:

“How is society going to cope with structural unemployment and the envy, hatred and the social warfare? We are destroying the middle classes at this stage and it will affect us. It’s unfair. So that’s what keeps me awake at night.”

“We cannot have 0.1 percent of 0.1 percent taking all the spoils. It’s unfair and it is not sustainable.”

Among the 20 biggest shareholders in Richemont, Rupert obviously belongs to the portion of the population indirectly affected by the impending dysfunctionality of the middle class. He said:

“We are in for a huge change in society. Get used to it, and be prepared. Hopefully we will survive it, because we’re planning for it.”

The conference concluded in Monaco, where one in three of the population are millionaires, according to 2014 report from net wealth research firm WealthInsight.

According to a recent Oxfam report, the wealthiest 1% will own more than half of the world’s entire wealth by 2016.